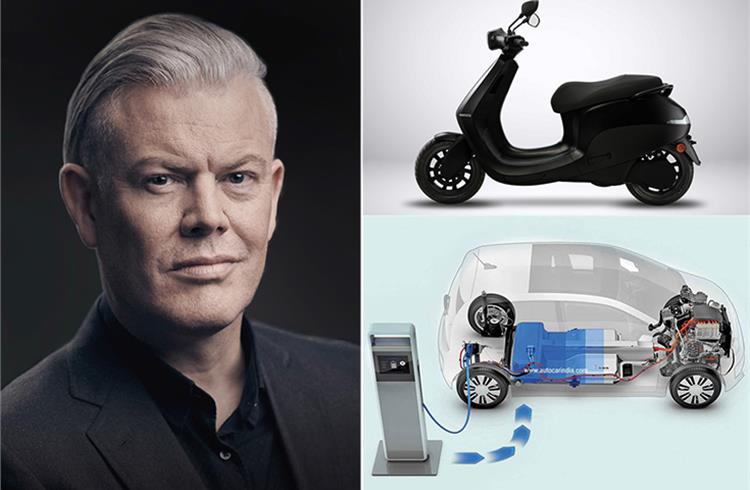 Ola Electric is stepping up its efforts to develop an electric car for the Indian market. Autocar India recently reported that Ola is setting a global design centre in Bangalore for its passenger vehicle vertical. In yet another move, the mobility start-up has selected Wayne Burgess, a Jaguar veteran, to head its design unit for electric cars, and the company is also establishing a design studio in London.

Wayne Burgess has been appointed as Head of Vehicle Design at Ola Electric. He will split his time between the firm’s design studios in London and Bangalore. Ola’s efforts to hire global talent show the company’s resolve to make a mark in India’s budding electric PV space.

Back home, Ola has also poached some Tata Motors designers for its EV project.  It is working towards indigenously developing an electric car which will be a compact model with limited range. Underpinned by a bespoke skateboard platform, the PV is touted to have a contemporary design.

Burgess’ experience at Jaguar and Geely
Having joined Jaguar Land Rover in 2001, Burgess went on to become the Design Director of Jaguar Production and SVO Vehicles. He is known to have worked on numerous models, such as the F-Pace, F-Type, XE and last generation of the XJ. After his long stint at the British marque, Burgess moved on to head Chinese automaker Geely’s UK design centre in 2019.

Commenting on Burgess' appointment, Bhavish Aggarwal, Chairman and Group CEO, Ola, said, “Wayne is a fantastic addition to our leadership team and will bring global appeal and design aesthetic to our industry changing electric vehicles. As the world moves to EVs, the vehicle form factors will be fundamentally re-imagined. Wayne’s expertise in designing some of the most legendary vehicles will also be helpful in bringing these new form factors to consumers. I look forward to collaborating with him to build the most iconic range of EVs in the world.”

Evincing his keen interest to take charge of vehicle design at Ola Electric, Wayne Burgess said, “I am looking forward to my work at Ola Electric and to the opportunity to lead a team that will work on designing cutting-edge electric vehicles for the world. I am thrilled to be part of Ola as it accelerates on its path to become a leader in global EV solutions.”

Burgess' extensive experience in vehicle design will be instrumental for Ola to break into the electric car space, which, lately, seems to be picking up momentum. With the Tata Nexon EV finding reasonable success in the nascent electric PV space, automakers like MG, Hyundai and Mahindra are all charged up to bring in their mass market, battery-electric offerings. With an attractively priced product, then, Ola could further shake up the segment.