The Praise is powered by a 1,000W electric motor, and is claimed to offer a comparatively high top speed of 75kph and can be quick charged in two hours. 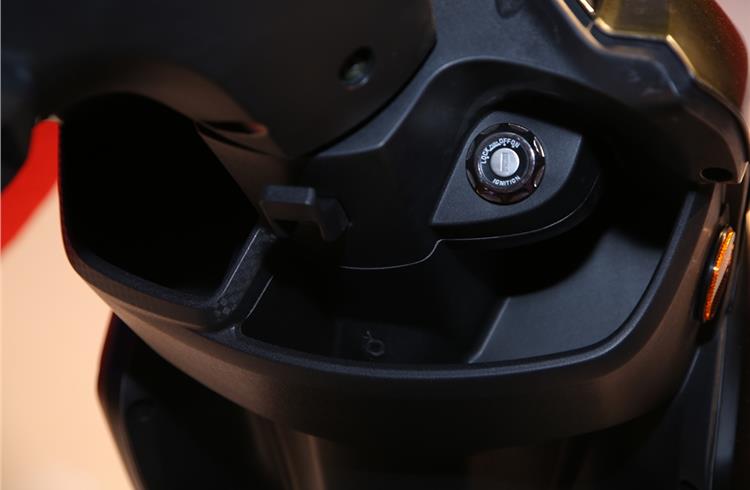 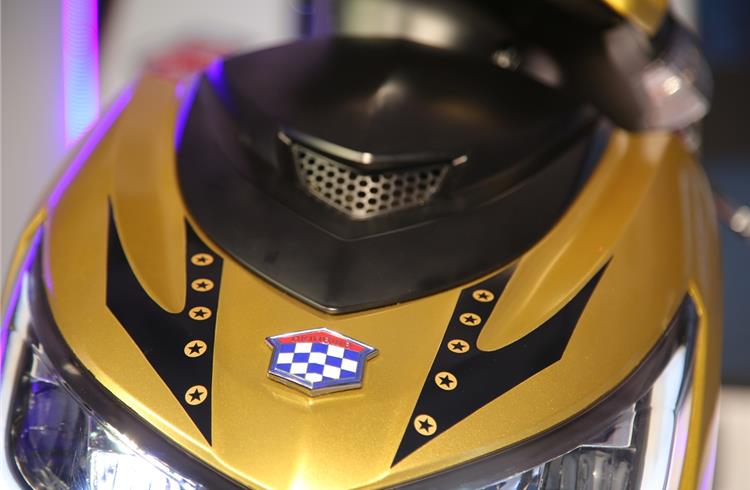 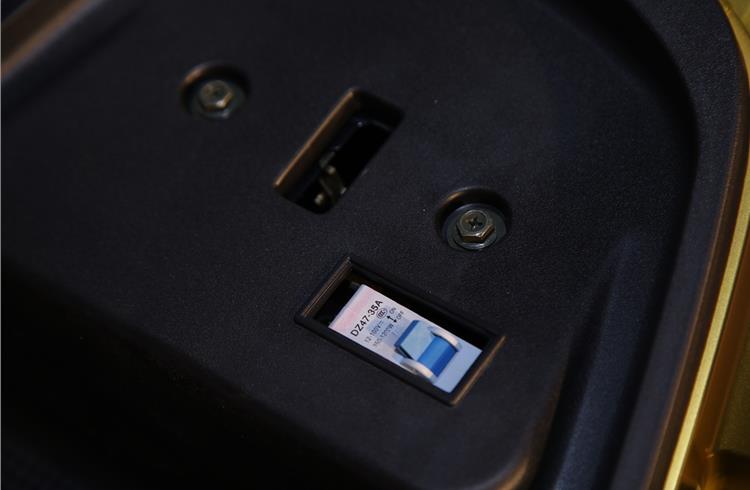 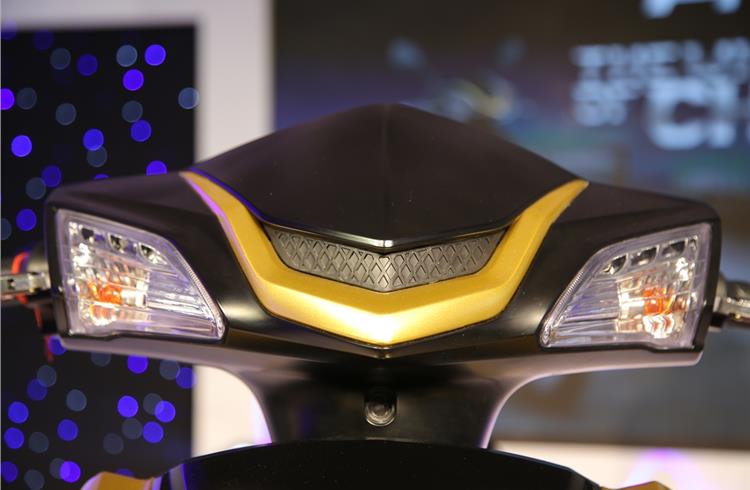 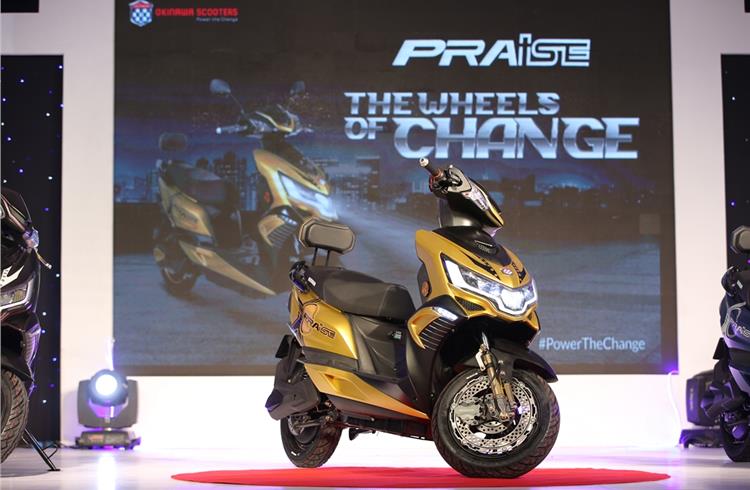 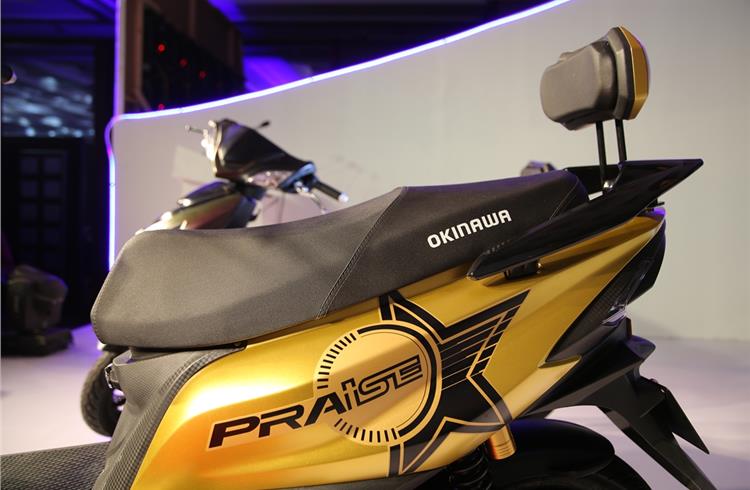 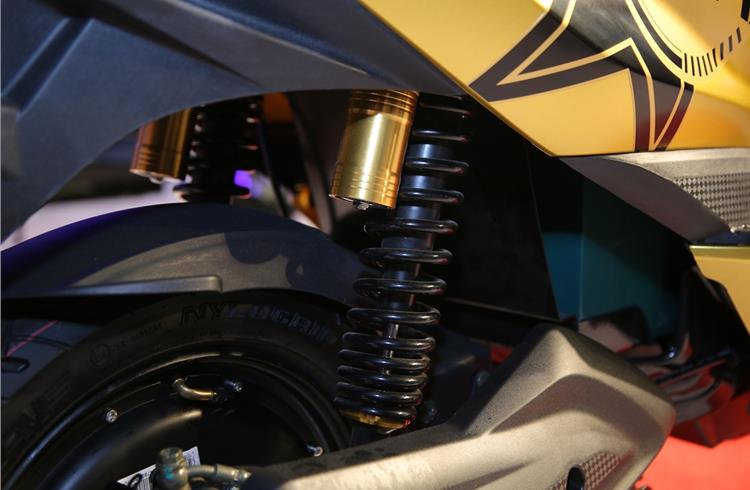 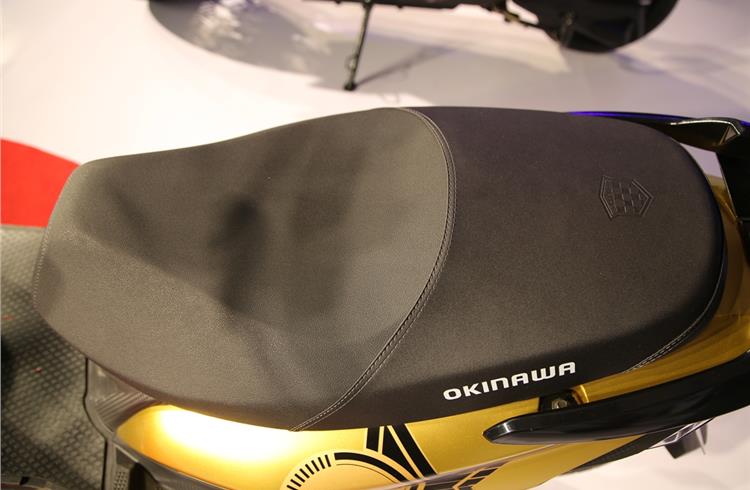 Okinawa Scooters has launched its new Praise at Rs 59,889 (ex-showroom, Delhi). The manufacturer’s second offering, which was teased in November this year, the Praise sits above the Ridge (Rs 43,702) in Okinawa’s line-up. Pre-bookings for the new electric two-wheeler had begun at the end of November for an amount of Rs 2,000.

It is powered by a 1,000W electric motor while the Praise’s 72V, 45Ah lithium-ion battery provides a claimed range of 170-200km. Bear in mind that the standard battery is a lead-acid type unit while the lithium-ion battery will cost around Rs 10k more but will bring faster charge times and significanntly lower weight. Peak torque figures are yet to be revealed. Okinawa also claims that the e-scooter will offer a comparatively high top speed of 75kph (the Ridge is capable of 55kph) and quick charging time of two hours (in the case of the Li-ion battery); standard charging time is quoted at six to eight hours. These claims not only make the Praise the fastest e-scooter in India, but also the one with the highest range. The Praise is offered with three speed modes Eco (top speed limited to 35kph), Sporty (65kph) and Turbo (75kph).

The sporty-looking electric scooter features an LED headlamp, underlined by a sweeping LED DRL. The handlebar cowl gets turn indicators integrated while the handlebar comes with bar-end weights. The Praise is available in three colour options – a dual-tone glossy purple and black, a matte blue and black, and a matte gold and black.

The seat height stands at 774mm, making it easier to get on and off, while the ground clearance is ample at 170mm. Like the Ridge, suspension duties at the front are taken care of by a telescopic fork while the rear uses a dual-shock suspension. The 12-inch alloy wheels are shod with 90/90 R12 tubeless tyres. However, unlike the Ridge, the Praise comes with a unique double disc set-up at the front with a larger disc mounted to the edge of the wheel rim that sits on the outside of a small, conventionally mounted disc. The purpose of this set-up is partly aesthetic and partly to addres the fact that Okinawa finds that some users don't use the front brake enough and that this system provides up to 1.8x the stopping power as a standard disc. The rear gets a single disc and Okinawa also claims an EABS system (Electronic Assist Brake System) but this is not to be confused with traditional ABS, which is not available. Combined braking is on offer though and sends up to 50 percent of brake force to the front when the rider applies the rear brake. Brakes are suuplied by Nissin.

In terms of equipment, safety and security features, Okinawa has equipped the Praise with side-stand sensors, an anti-theft sensor in the main stand, keyless start, a mobile charging point and a pre-loaded ‘Find My Scooter’ location tracker.

The journey so far and the road ahead

The company, which was incorporated in 2015, launched its first product, the Okinawa Ridge in the Indian market in January this year after researching, developing and testing the prototype for almost two years and 25,000kms. Okinawa currently operates from its manufacturing facility in Bhiwadi, in Rajasthan, and produces these e-scooters in a batch of 300 units per shift per day, with a total scaleable capacity of 1,80,000 annual units over two working shifts.

While it has sold 5,124 units of the Ridge until now, the company aims to double the sales numbers with sales of 10,000 units by end FY2018. With a rising demand for EVs and a market shift towards electrification in the times to come, the company projects exponential growth and visions sale of 5 million units by FY2021-22.

According to Jeetender Sharma, founder and managing director, Okinawa Autotech, “With government’s push and consumers’ growing acceptability towards EVs, there is going to be a remarkable growth in the electric two-wheeler space given the large size of the market. The market is big enough to accommodate the large number of mushrooming players, and we are targeting strong growth in the coming years on the base of innovative and stylish products, along with introducing products in the electric motorcycle segment as well.”

While the Ridge started with 55 percent localisation, Sharma, having a strong background of handling manufacturing, supplier quality and new model development operations at Honda Motorcycle and Scooter India for 15 years, has established ties with major vendors and has brought them on-board to provide locally manufactured components to the company. The Praise carries a localisation structure of over 95 percent, with components such as the shockers being procured from Gabriel, tyres from MRF, brakes from Nissin and sees Continental as the vendor for the digital speedometer console on the e-scooter. 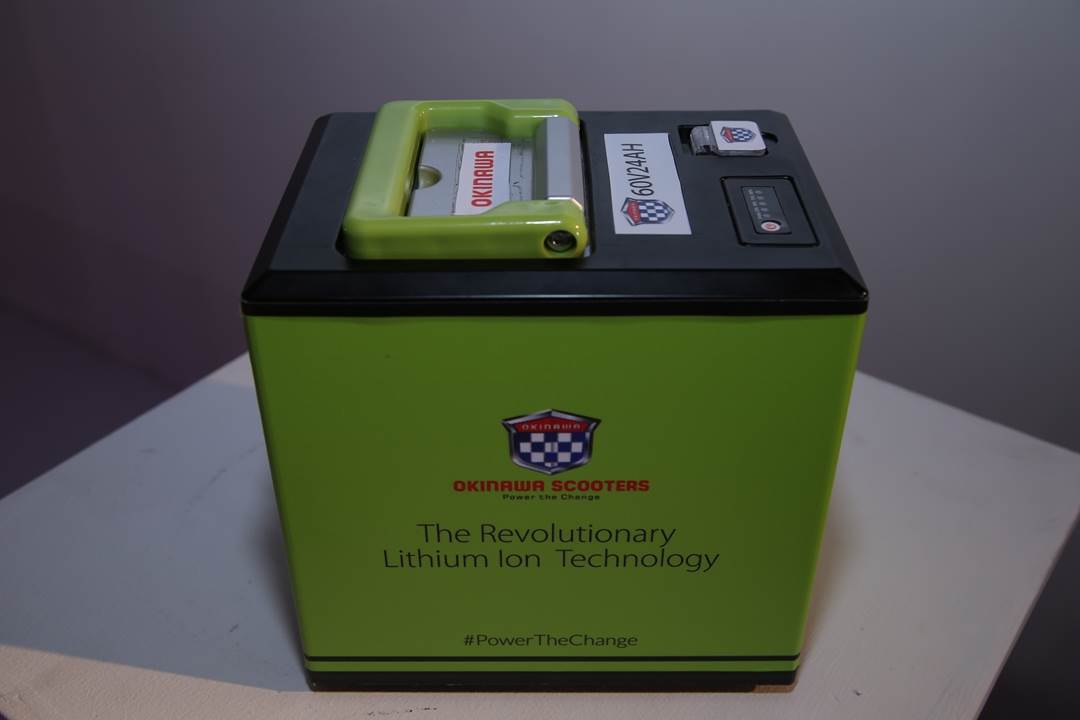 Okinawa also showcased its new 72V 45Ah Li-ion battery, which it says is a key innovation for the company and has been developed indigenously. The battery controller and the battery management system (BMS), which is capable of CAN communication over Bluetooth or cloud, both have been developed in-house. “We have filed a patent for our high-range Li-ion battery and we do not intent to supply batteries to other manufacturers, and will only implementing them into our own products”, Sharma said.

New e-motorcycle in the pipeline and future expansion

The company is also currently working on a new motorcycle on the same 72V battery architecture and is likely to unveil the prototype at the Auto Expo in February 2018. The e-motorcycle is slated to be launched in FY2018-19. Okinawa has invested close to $10mn (Rs 63 crore) in FY2018 towards establishing its existing production facility, maturing the mass production, setting up a dealer network and strengthening its new model development capabilities.

It now aims to invest another $30mn (RS 189 crore) over the next two years, wherein, in FY2018-19, it will focus on brand establishment and connecting with customers by setting up ‘Experience Studios’ in key metros across the country, as well as will work towards putting up charging infrastructure with governmental support. It will later set up a new plant with an annual capacity of 1mn units in FY2019-20, once its volumes become consistent and substantial in the ballpark of 150,000 annual units. The project is being self-funded and Okinawa will look for loans from banks to raise the capital for the next planned developments in the pipeline.

While its current dealership count stands at 106 outlets, the company aims to reach 150 3S facilities by March 2018 and then expand to 500 centres by FY2019-20, including Tier 2 and Tier 3 towns. The company is also applying modern retail methods and has tied up with Paytm and Droom for online sale of its e-scooters.

With government clear on its intent of moving towards e-mobility with strong acceleration, the NITI Aayog has formulated a panel of EV manufacturers, who are brainstorming on coming to a common platform and provide swappable batteries. “We are a member of the NITI Aayog’s team and will eventually be supplying swappable batteries for our products, which would be additional to the primary battery and would not be able to be charged again except to be given back. Right now, the program is in the discussion phase, with inputs being received from all the members, and we would be a part of the program to supply such batteries as and when it rolls out with the government’s support”, added Sharma.