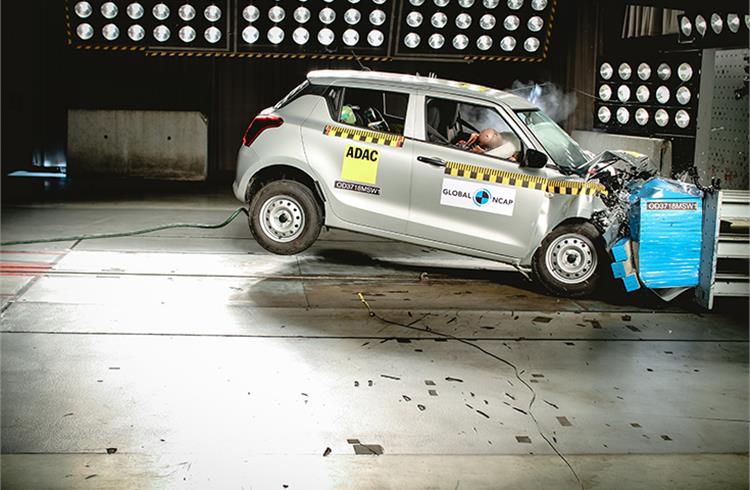 In Global NCAP's latest round of tests of made-in-India cars for the Indian market, the new Maruti Suzuki Swift hatchback, equipped with double airbags, and ISOFIX (i-size) anchorages, got a two-star rating in Adult Occupant Protection and two stars for Child Occupant Protection.

Global NCAP says the Swift's two-star result for adult occupants is due to high compression to the driver chest, unstable structure and poor protection for the feet explained by pedal displacement on the driver side. The Child Occupant Protection of only two stars is explained by the forward facing positioning of the 18 month old dummy in the test offering low protection and also the low protection offered to the chest of the 3 year old dummy.

The Swift's results comes only a couple of weeks after the Maruti Suzuki Vitara Brezza secured a robust four-star rating at the Global NCAP crash test.

In comparison to its predecessor tested by Global NCAP in 2014, the new Swift offers two standard airbags and I-size approved anchorage points for CRS which demonstrated a two star performance in safety tests.

However, comparing it to its twin model for the European market, the Indian version underperformed in the frontal crash test and is offering less safety features like side body and curtain airbags and Electronic Stability Control (ESC) that are standard for Europe, in India are not even optional.

The Global NCAP test for the new Swift, has the following comments for Adult and Child Occupant:

Adult Occupant: The protection offered to the driver and passenger head and neck was good. Driver chest showed weak protection while passenger chest showed adequate protection. Driver’s knees showed marginal protection and passenger’s knees marginal and adequate protection as they could impact with dangerous structures behind the dashboard supported by the Tranfascia tube. The bodyshell was rated as unstable and it was not capable of withstanding further loadings. The car offers standard SBR for driver but it does not meet the minimum requirements ABS.

Commenting on the crash test for the Maruti Swift, David Ward, Global NCAP Secretary General said: “The latest version of the Swift sold in India has improved and it is good to see dual airbags as standard. This confirms the beneficial effect of the Indian government’s new crash test regulations. But the performance of the Swift sold in Europe and Japan shows that a better safety performance is still possible so Global NCAP would like to see Maruti Suzuki aim higher.”

Alejandro Furas, Global NCAP Technical Director said: “Maruti Suzuki proved with the Brezza that they can produce locally models with high safety performance. They should do the same with the Swift and at least make it available in the model range added safety features available as standard in the European and Japanese version”. 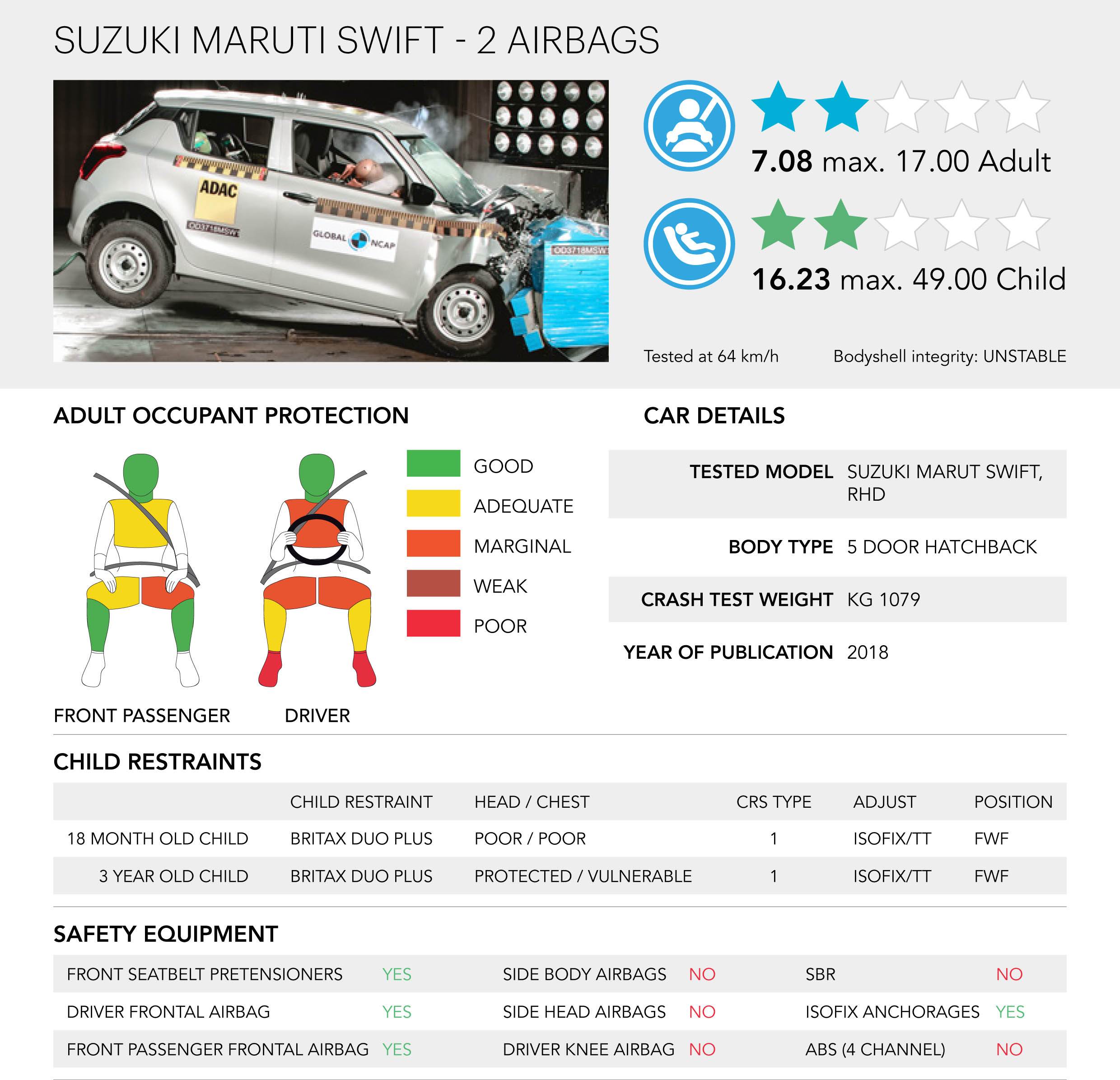 India's safest cars under Rs 10 lakh as rated by GNCAP