Amrut Kumar Rath, an HR manager with Bajaj Auto, was travelling along with his family from Mumbai to Pune on Sunday afternoon when he lost control of his car near Malawali, 60km from Pune. 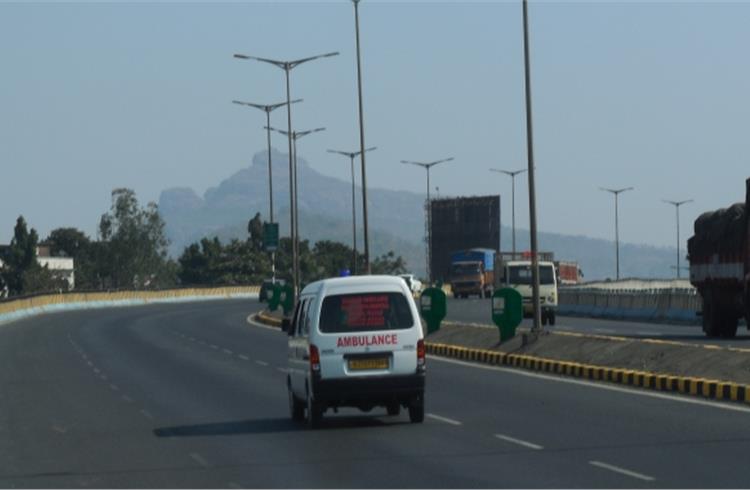 The busy Mumbai-Pune Expressway, which sees an average of 125 fatalities a year, witnessed another horrific accident on July 10.

As per media reports, Amrut Kumar Rath, an HR manager with Bajaj Auto, was travelling along with his family from Mumbai to Pune on Sunday afternoon when he lost control of his car near Malawali, 60km from Pune.

“The car hit the median after Rath lost control over the car,” Shankar Awatade, police inspector who is attached with Nigdi police station told the media. Rath, 45, and his wife Padmaja, 40, died instantly while their two children Adisha, 18 and Alman, 10, suffered injuries and were hospitalised at Lokmanya hospital, Nigdi, said Awatade.

Sunday’s accident comes just a month after a bus, carrying 60 passengers and plying from Satara to Mumbai, ploughed into a Maruti Swift and a Toyota Innova parked in the service lane on the Expressway, claiming 17 lives and injuring 47 others.

According to figures cited by the Hindustan Times and obtained from Maharashtra’s Highway Safety Patrol, the Mumbai-Pune Expressway, which is one of the busiest roads in the country, has seen an average of 125 fatalities a year between 2009 and 2015. The Mumbai-Pune Expressway aims to be India’s first ‘Zero Fatality’ road corridor – an MoU was signed in February this year between the Maharashtra State Road Development Corporation (MSRDC) with Mahindra & Mahindra and road safety NGO, SaveLIFE Foundation. The collaboration also includes the Maharashtra Highway Police, IRB Infrastructure, DY Patil University, Ogilvy, JP Research and several hospitals including those in the vicinity of the expressway.

Maharashtra has some of the deadliest highways 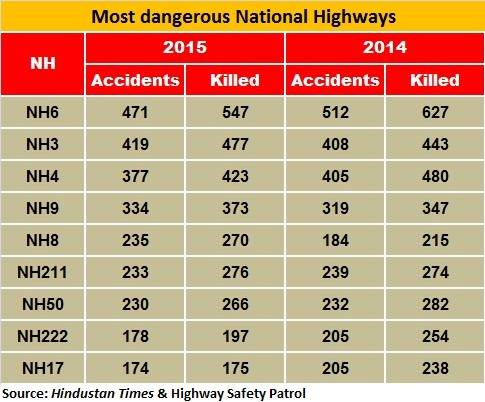 Sunday’s accident once again highlights the poor safety measures implemented by the government. Maharashtra has 15 national highways, of which NH6, NH3 and NH4 have reported the highest number of road accidents and fatalities over the years. NH6 (Gujarat to Chattisgarh via Dhule-Akola-Bhandara) reported 1,174 fatalities in the past two years. Meanwhile, NH3 (Mumbai to Madhya Pradesh border via Dhule-Nashik-Thane) saw 920 fatalities in 2014-15. Also, NH4, which is one of the most used roads to travel from Mumbai to Pune apart from the Expressway and goes up to Bangalore via Satara-Kolhapur, saw around 900 people killed in the past couple of years.

Accidents on the rise despite government initiatives

The rising number of road accidents does not mean that the government is unaware of the road safety issue. In fact, the MSRDC, MoRTH and NHAI have announced a number of initiatives for road safety. It started on December 22, 2015, when over 50 Members of Parliament from across party lines had written to the Prime Minister expressing their support for the urgent introduction of a comprehensive road safety legislation. In March, the government announced plans to install electronic weighing machines at all toll plazas on national highways to prevent and detect overloading of commercial goods transport vehicles. The installation of Brifen ropes along the median of Mumbai-Pune Expressway are also considered as a failed safety move as vehicles can still fall off the sides of the highway, like in the case of the above-mentioned accident. The state government is now planning the installation of CCTV cameras on the Expressway and plans to book drivers found to be speeding and cutting lanes. 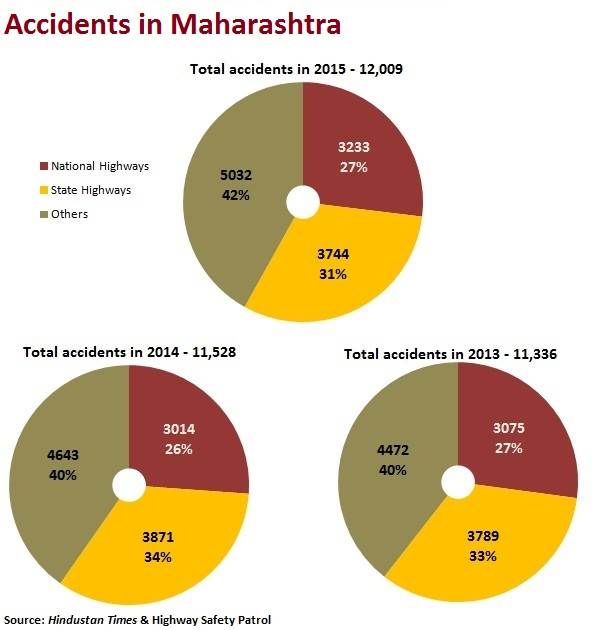 Despite the huge amount spent by officials on road safety and the country having 116 safety regulations in place, India leads the list of road accident deaths because of the lack of proper implementation and monitoring. Also, a fractured driver licensing system, weak penalty system and minimal use of technology, flawed design of road engineering, and the abject lack of trauma care facilities are some of the other issues that government officials need to tackle in order to curb accidents.