Luxury MPV to be offered in flexible six- and seven-seat configurations and in two wheelbase options; Exclusive variant priced at Rs 81.90 lakh. 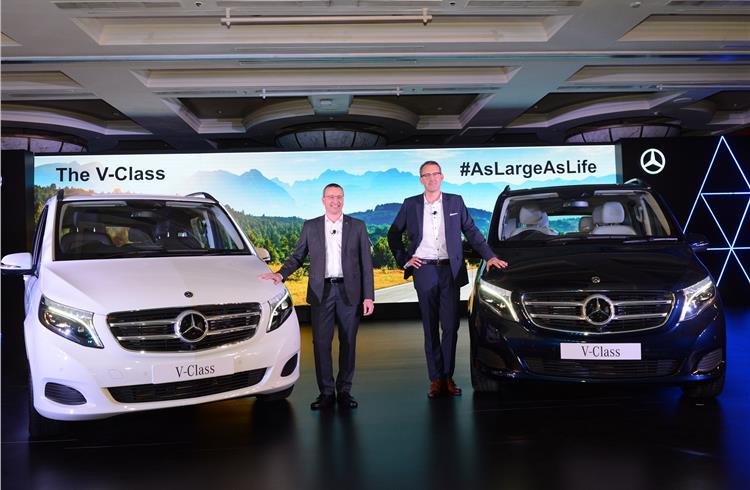 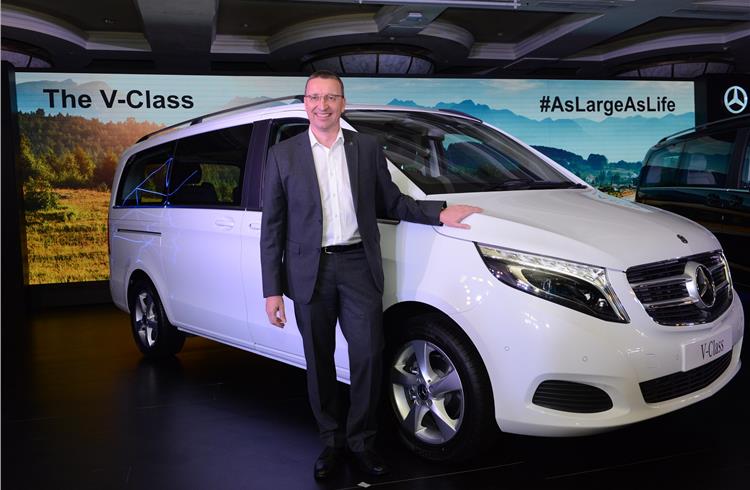 Mercedes-Benz India has kicked off 2019 with the launch of its luxurious people-mover, the V-class. In the September 2017 issue, Autocar India had exclusively reported Mercedes’ plans to bring the V-class to India.

Today, the V-class has officially been introduced, at a price of Rs 68.40 lakh (ex-showroom). The V-class is imported from Merc's Vitoria plant in Spain. As a result, the MPV has benefitted from the lower cost of production in Spain compared to Germany, which has translated into a comparitively lower sticker price.

A replacement for the aging Viano, the V-class MPV combines a roomy and practical cabin with all the luxury trappings you’d expect in a Mercedes. Internationally, the V-class is available in three lengths: compact (4,895 mm), long (5,140 mm) and extra long (5,370 mm), but India gets the long (Exclusive) and the extra long wheelbase (Expression) versions. Notably, the Exclusive is a six-seater, while the Expression offers seating for seven. What makes the six-seat V-class special is its middle row arrangement. Its two armchair-style seats rest on flexible mounts and can be swivelled around to face the third row. Irrespective of the variant, access to the rear seats is via a sliding door. Both variants also get four metallic exterior colour options –  silver, blue, black and white.

Seating configurations aside, there are also differences in appointments in the two versions of the V-class. While the Expression trim gets LED headlights and luxury essentials such as dual-zone climate control and a multimedia system, the Exclusive goes one up with a longer features list and richer materials. It gets adaptive dampers, ambient lighting and larger 17-inch alloy wheels (Expression gets 16-inchers). There’s also a separate, openable rear window, making it significantly easier to access the luggage area. The V-class Exclusive also features Nappa leather upholstery and a folding and movable centre table at the rear. The MPV also gets a 640 W 15-speaker Burmester surround sound system available as an optional extra. In terms of safety kit, the V-class will come standard with six airbags, attention assist, a 360-degree camera and active parking assist.

The V-class in India is sold with a single engine option – a 2.1-litre diesel that produces 163hp and 380Nm of torque delivered to the rear wheels via the 7G-Tronic automatic gearbox. The engine belongs to Merc’s older OM651 family of engines, as opposed to the latest OM654 range that powers most of Merc’s models. However, the 2.1-litre unit gets additional hardware that enables it to meet the stricter, cleaner BS-VI emission standard.

The V-class will benefit from the Indian government’s decision to relax homologation norms for import of 2,500 vehicles per annum for automakers. The vehicle is Merc’s second foray into the luxury MPV segment. The R-class, which was launched in 2011, found few takers and was quickly discontinued. While the V-class could draw in a few private buyers looking to use their vehicle as an office-cum-meeting room on wheels, its core clientele will comprise hotel and VIP transport agencies.