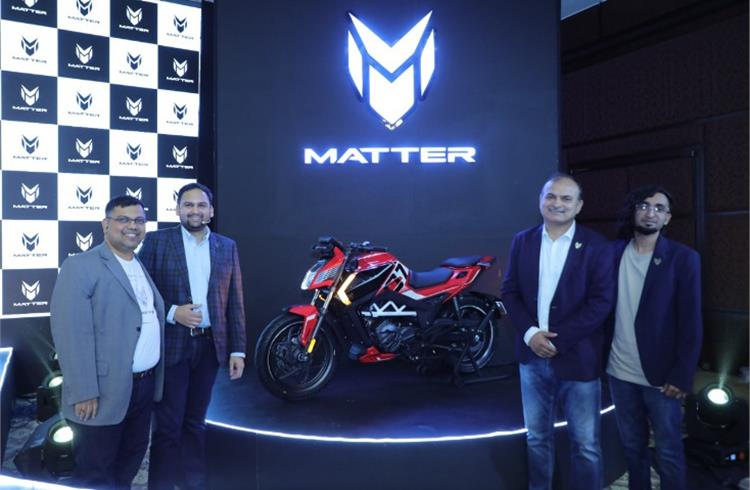 Matter, founded by Mohal Lalbhai along with Arun Pratap Singh, Kumar Prasad Telikepalli, and Saran Babu, will manufacture the as-yet-unnamed e-motorcycle at Changodar in Ahmedabad. A first for an electric motorcycle is a four-speed gearbox. 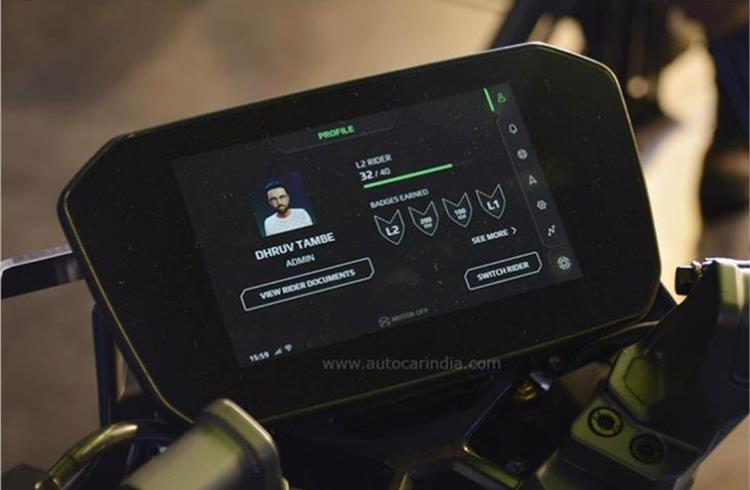 A first for an electric bike is dual-channel ABS. 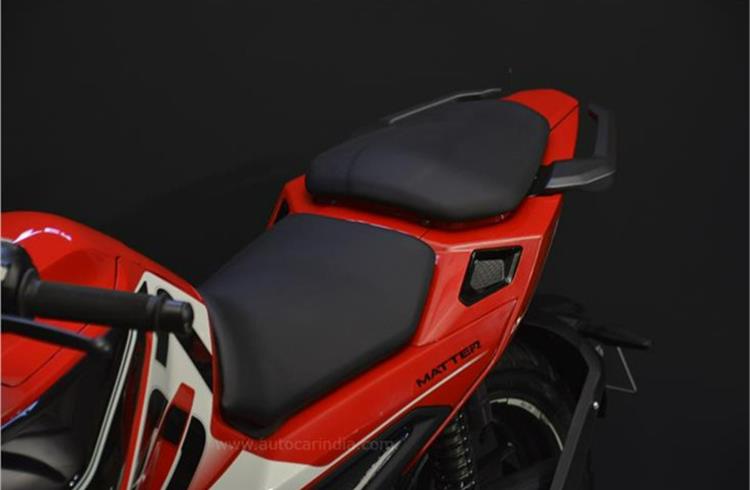 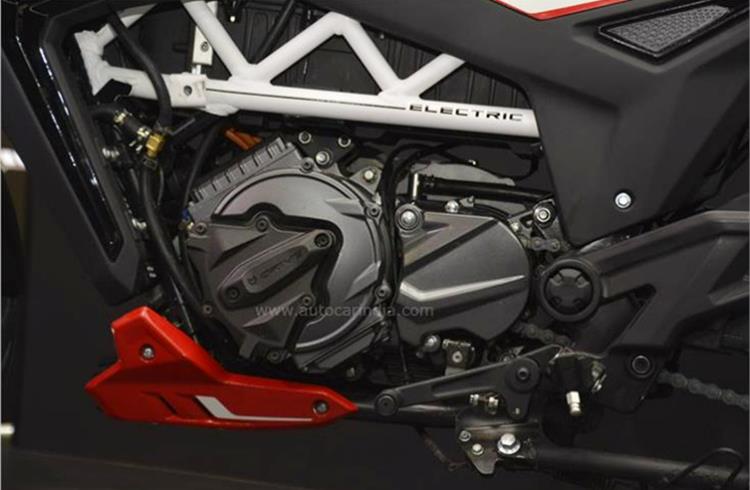 Battery housed behind the white frame. 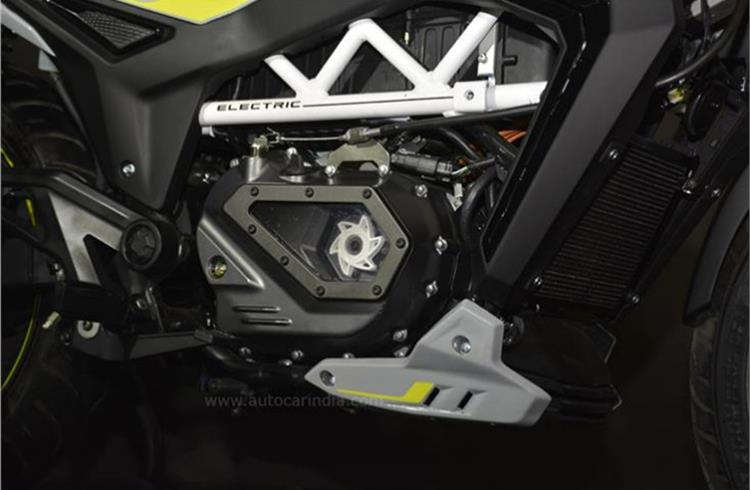 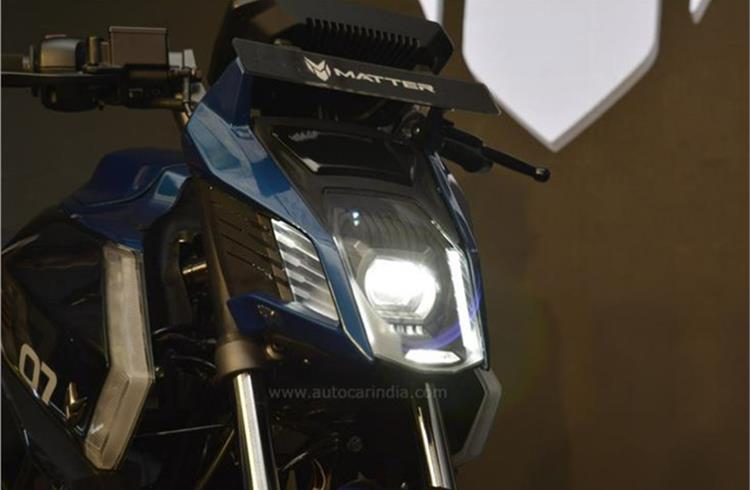 Matter EV comes with LED lighting all around. 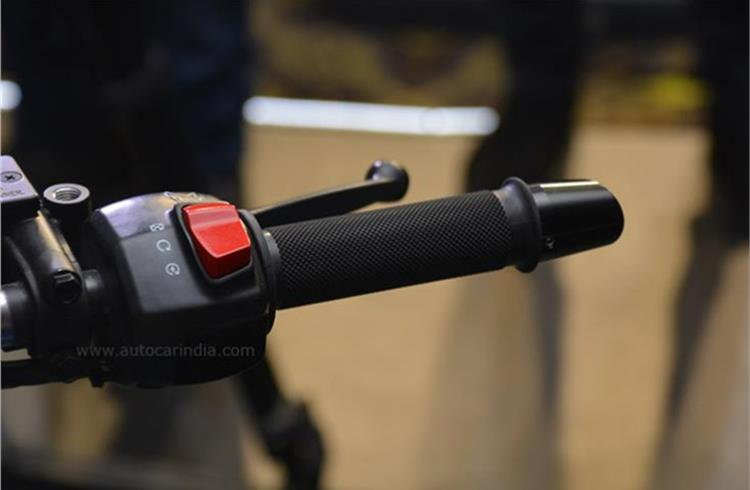 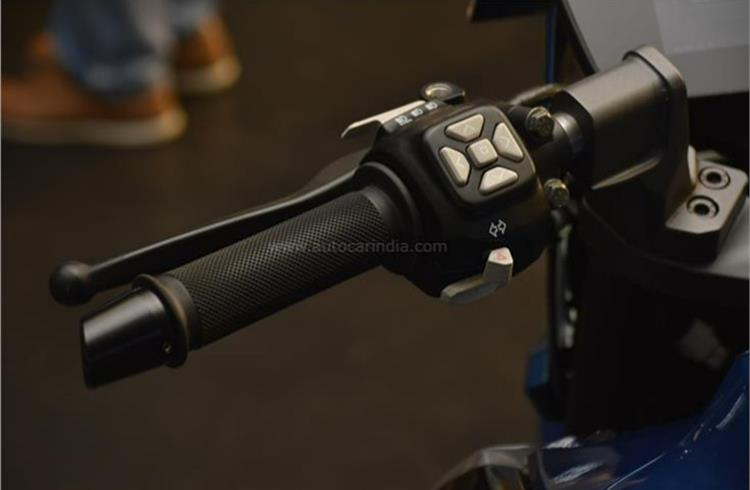 All the functions on the dash are controlled by the buttons on the left-hand side switch cube. 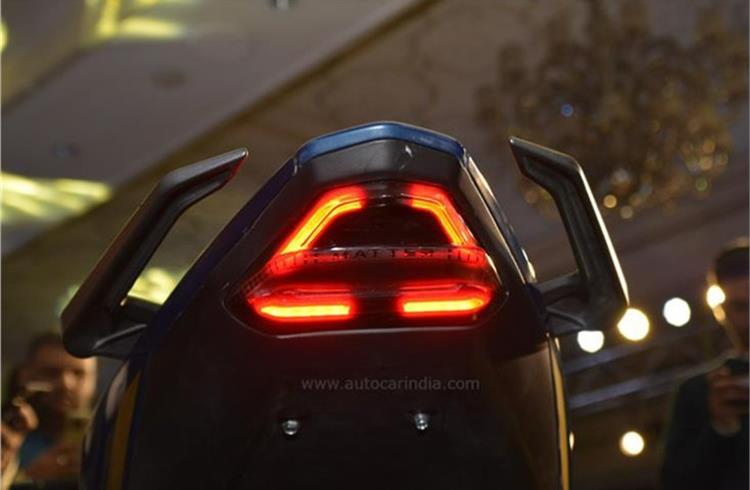 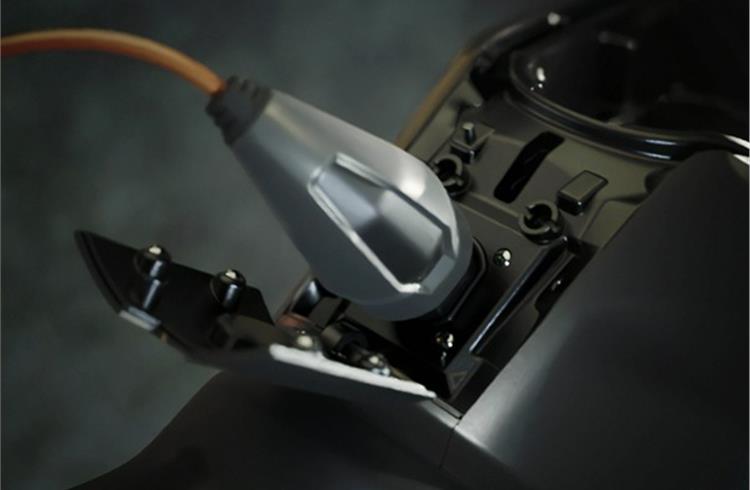 Equipped with an onboard charger, the vehicle can be charged anywhere with a 5 Amp plug. 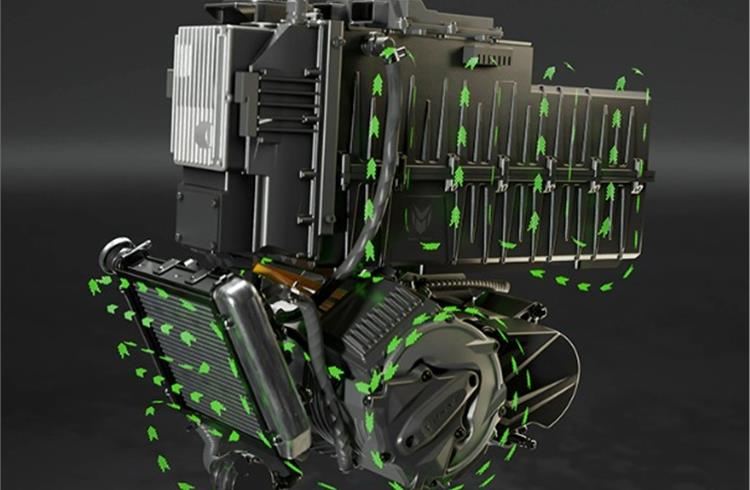 Matter Energy says it has patented the active liquid cooling system which cools the motor, battery pack and power electronics. The 10.5kW electric motor, paired to a sequential manual transmission, develops a claimed 520Nm of torque.

Technology start-up Matter today unveiled its first electric motorcycle which the company says has been designed and engineered in-house from the ground-up. The emission-free motorcycle, which will be manufactured from in Ahmedabad, has some standout features for an EV on two wheels – a four-speed gearbox and dual-channel ABS. It also houses a liquid-cooled, 5.0 kWh battery, claimed to help deliver a range of 125-150 kilometres on a single charge.

The Matter electric motorcycle has an IP67-rated liquid-cooled, 5.0 kWh battery, which can be topped up even when plugged into a regular 5A household socket. Full charge will take about 5 hours, claims Matter. The 10.5kW electric motor, paired to a sequential manual transmission, develops a claimed 520Nm of torque. The eco-friendly machine has three riding modes. 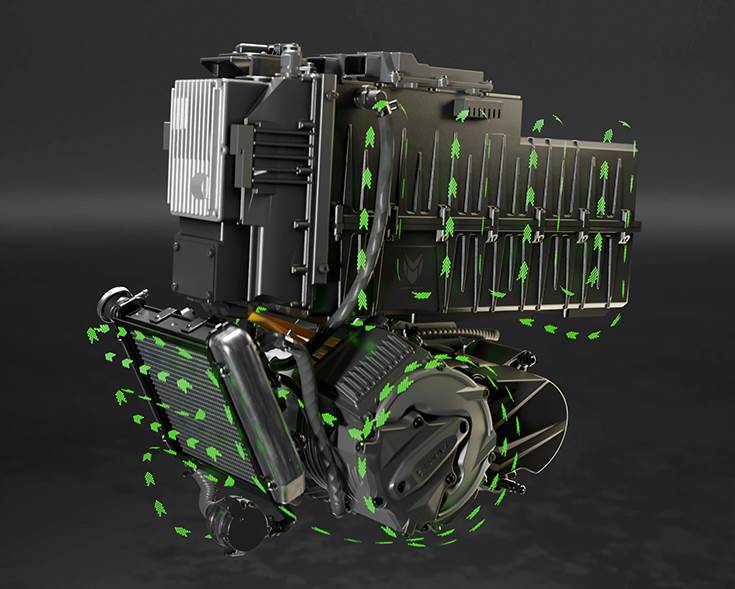 According to the company, the “drivetrain has also been subjected to extensive testing and validation at Matter’s state-of-the-art facility to ensure that it not only meets the evolving stringent, standards on performance and safety such as AIS 041 and IP65 but is also capable of meeting extreme performance requirements.”

Feature-laden EV
The Matter electric bike is a feature-laden product with a 7.0-inch touch-compatible LCD featuring turn-by-turn navigation, notification alerts and music playback, all controlled via buttons on the handlebar-mounted switchgear. The software on the bike will also be able to receive OTA (Over-The- Air) updates to periodically receive the latest features. The Matter e-bike features keyless operation and comes with a key fob, similar to the Bajaj Chetak e-scooter. The Matter e-bike has an onboard charger and it even has a small 5-litre glovebox on the ‘tank’, which features a charging socket. The proprietary app that the bike will be compatible with will allow the user to access a whole host of information such as theft detection, charging percentage and ride stats. As is commonplace with EVs, the Matter Energy electric bike will have park assist (reverse functionality).

Lighting is LED all-around and there are also auto-cancelling indicators. The EV has split seats, raised clip-on handlebars and a split grab rail for the pillion. The bike will be retailed in four colours – grey and neon, blue and gold, black and gold and red/black/white.

Launch at Auto Expo 2023, deliveries from April
Matter Energy has announced bookings for its debut product will open in the first quarter of 2023, which is when the prices will also be announced. Deliveries are scheduled to commence in April 2023. The electric bike will be offered in three variants and will be launched at the Auto Expo.

Matter, which has been founded by Mohal Lalbhai along with Arun Pratap Singh, Kumar Prasad Telikepalli, and Saran Babu, will manufacture the as-yet-unnamed e-motorcycle at its new Changodar plant in Ahmedabad. The facility has a claimed manufacturing capacity of 60,000 units per annum. The company plans to enter India’s fast-growing electric two-wheeler market with an omnichannel approach via experience centres and a dealership model. The distribution network will be created in four phases, beginning with Tier 1 markets. 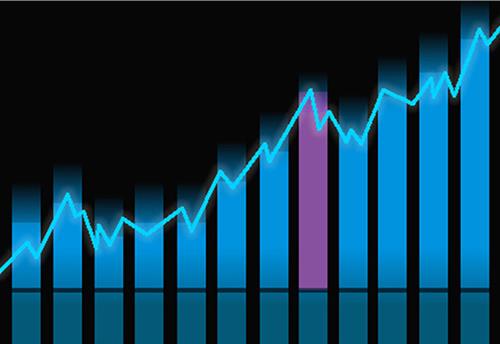