Thirteen years after its launch in India, popular hatchback notches a new milestone 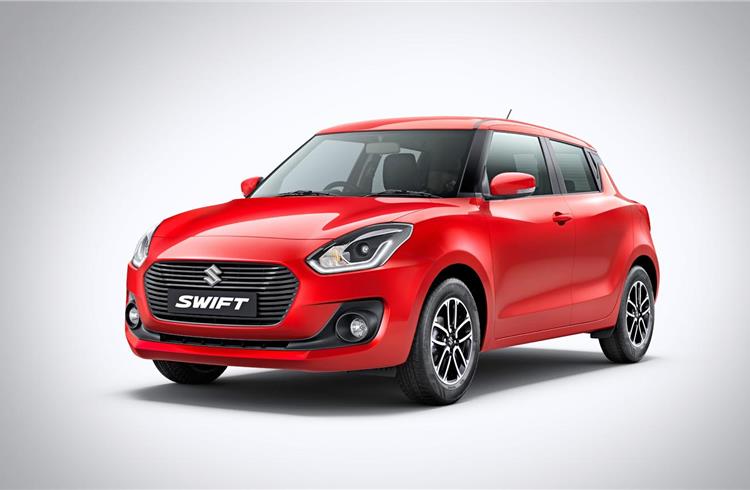 Maruti Suzuki India has announced that its Swift hatchback has crossed the two million sales milestone I the domestic market, 13 years since the car’s launch in May 2005. Soon after its launch, the Swift created a major buzz in the market due to its dynamic features, global styling, sporty, solid and bold stance and strong performance.

The third-generation Swift, built on the fifth-generation Heartect platform and launched at the Auto Expo 2018 retains its symbolic character, taking its global design language to the next level. Maruti Suzuki India says the new Swift achieved the fastest 100,000 sales bookings in less than 10 weeks, which saw the company increase production of the car by 45 percent to 139,000 units during April-October 2018 as compared to April-October 2017.

The Swift also benefits from Auto Gear Shift (AGS) technology and the AGS-equipped Swift, in its new avatar, now contributes to over 20 percent of Swift sales.

Commenting on the new landmark, R S Kalsi, senior executive director (M&S) at Maruti Suzuki India, said: “Brand Swift has consistently featured among the top five best-selling cars in India for more than a decade. I would like to express my gratitude to all our customers. The success is strongly associated with the Swift’s dynamic performance, advanced design and technology, reliability, durability and best-in-class fuel-efficiency that characterise Maruti Suzuki’s DNA.”