The new Brezza will also be offered under Maruti's subscription scheme, with monthly fees starting at Rs 18,300. 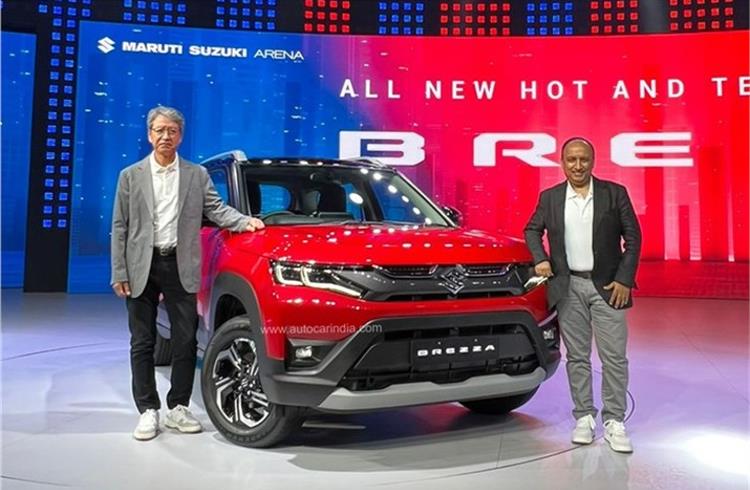 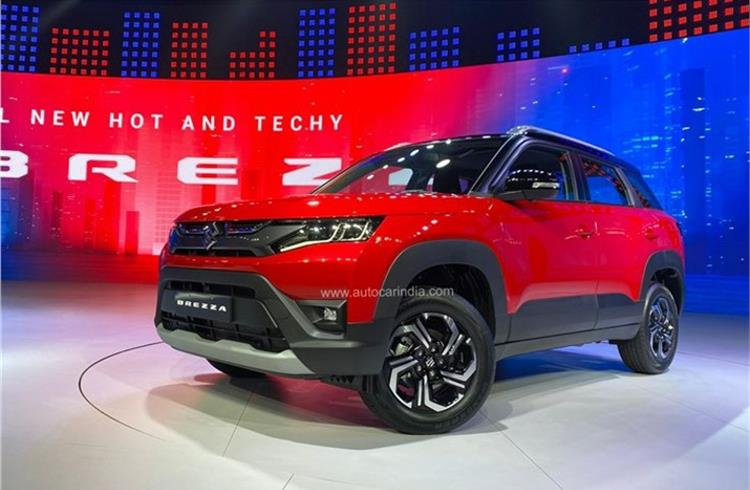 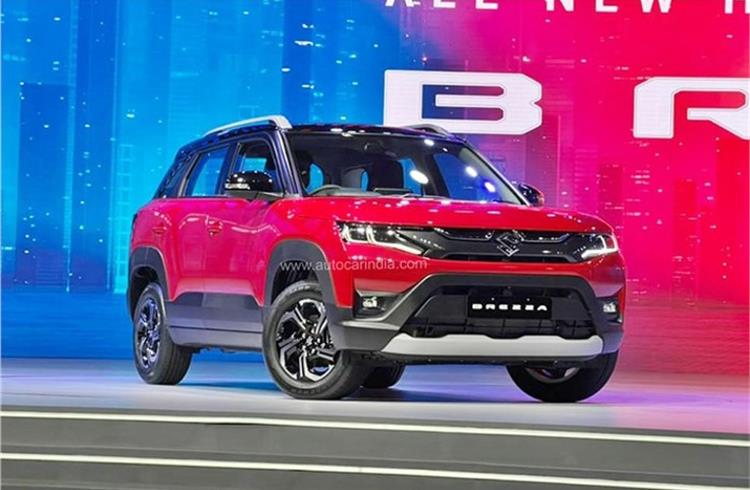 Maruti Suzuki has launched its 2022 Brezza compact SUV, with prices starting at Rs 799,000 for the base LXi trim and going upto Rs 13.96 lakh for the top-spec ZXI+ AT variant (ex-showroom, India).

It will be retailed via Maruti Suzuki's Arena dealerships and bookings are already underway. Deliveries are expected to begin soon.

The new Brezza will also be offered under Maruti's subscription scheme, with monthly fees starting at Rs 18,300 (this includes vehicle registration, maintenance, insurance and roadside assistance).

At the launch, Hisashi Takeuchi, MD & CEO, said the model had helped Maruti double its  compact SUV sales after coming to market in 2016. "There are over 750,000 first-generation Vitara Brezza owners in India," he added.

While the Brezza does get some additional features over its rivals, the key reason for its high pricing could be the lack of excise duty benefits that are applicable to petrol vehicles with engine capacities of 1.2-litre or lower. The Brezza comes with a 1.5-litre engine, and hence does not qualify for these benefits. Even top-end diesel-automatic versions of Sonet and XUV300 are more affordable than the top-end Brezza. The mild-hybrid system and additional battery also add to the cost.

Four trims offered
Offered in four trims – LXi, VXi, ZXi and ZXi+ – the Brezza is now powered by Maruti's new 1.5-litre, K15C engine that made its debut on the Ertiga and XL6 facelifts. It produces 103hp and 137Nm and is mated to a 5-speed manual gearbox as standard.

The 6-speed torque converter automatic transmission with paddle shifters that replaces the old 4-speed automatic is offered on the top three trims. Like its predecessor, the Brezza is a petrol-only SUV and is the only one in the segment to feature mild-hybrid tech. A Brezza CNG is also set to be introduced in the coming months.

Height increased, interior refreshed
Dropping the ‘Vitara’ prefix from its name, the new Brezza sits on the same Global C platform as its predecessor, but is given revised body panels and a completely refreshed interior. Overall, the Brezza continues with the same length, width and wheelbase – 3,995mm, 1,790mm and 2,500mm, respectively. However, its height has been increased by 45mm from the 1,640mm previously.

The Brezza gets a slightly more angular look up front and the flat-looking clamshell bonnet and squarish dual-LED headlamp design neatly merge with the grille finished in a gunmetal shade. The nose is upright and gets an adequate dose of contrast black cladding running across the SUV. At the back, the tailgate design is also revised and has slim, horizontally placed tail-lamps with prominent Brezza badging in the centre just above the licence plate.

Top two trims of the Brezza also get dual-tone exterior shades with a floating roof effect that makes the SUV look longer than it is. It also rides on a new set of 16-inch dual-tone alloy wheels.

On the inside, the Brezza gets a new dual-tone black and brown dashboard design that looks somewhat similar to that on the Baleno. A lot of switchgear, steering wheel, instrument cluster, the infotainment software and other features are shared as well. The silver accents on the dashboard and doors add some element of contrast.

Meanwhile, base and mid-spec trims get the 7-inch touchscreen unit from the outgoing version. On the safety front, the SUV now gets six airbags, ESP, ABS with EBD, a segment-first 360-degree camera, hill-hold assist and ISOFIX rear anchorages, among others.