The facelift comes three years after the launch of the SUV. 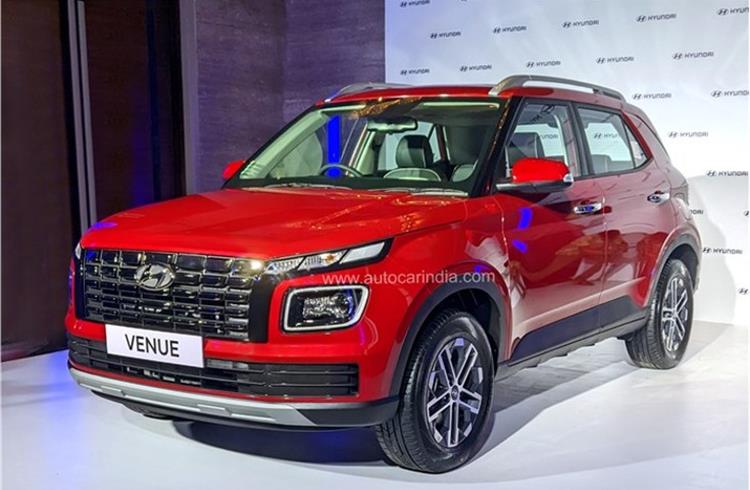 After its launch in May 2019 and it hitting the 300,000-unit sales milestone last month, the Hyundai Venue has received a mid-life makeover.

The compact SUV helped accelerate the Korean’s UV sales in the country, and reached the 250,000-unit mark in December last year, while the first six months since launch saw the stylish and feature-loaded Hyundai rake up 50,000 units. The updated version will cost Rs 7.53 lakh, ex-showroom.

While the refreshed model continues with the same powertrain line-up, the Venue has received several cosmetic tweaks and feature updates. For one, the face has now become bolder with a new grille that now extends into the redesigned LED DRL housing around the edge of the bonnet.

The front bumper is also reprofiled, while on the sides, there are a newly-designed set of 16-inch alloy wheels. The rear also sees a significant update in the form of a redesigned LED tail lamp setup, which now gets joined by an LED light bar.  The updated Venue gets a dual-tone black-and-beige interior scheme, an air purifier, as well as a reclinable rear seat. There is a wireless phone charger, electronically-adjustable driver’s seat and a revised 8-inch infotainment on offer as well.