The iconic three-door Suzuki Jimny will be exported to Latin America, Middle East and African markets from India. 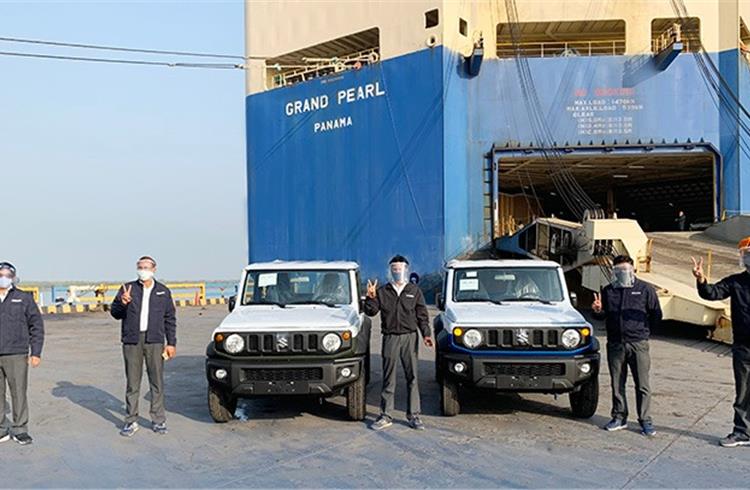 he first shipment of 184 units of the made-in-India Jimny has left from Mundra port bound for Colombia and Peru. 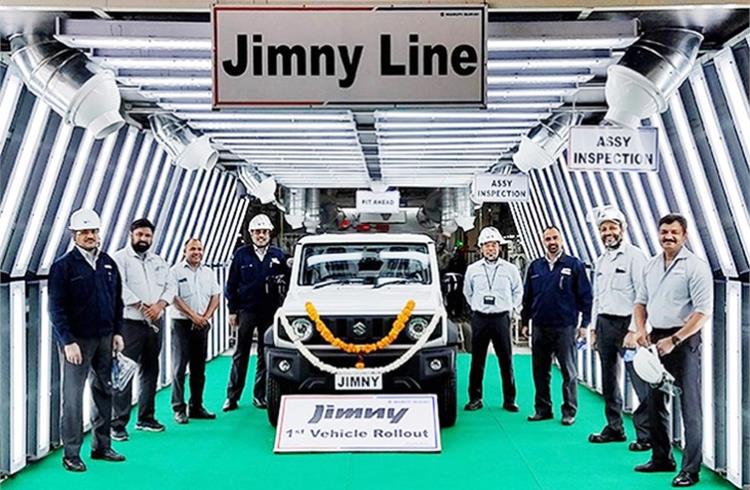 Maruti Suzuki India has commenced export of Suzuki’s compact off-roader Jimny from India. The first shipment of 184 units left from Mundra port to Latin American countries such as Columbia and Peru. The iconic three-door Suzuki Jimny will be exported to Latin America, Middle East and African markets from India.

Known as the ‘authentic off-roader’, the all-terrain vehicle has a legacy of over 50 years, catering to customers worldwide. The current generation Jimny was launched in 2018 by Suzuki Motor Corporation in Japan and has emerged as a popular choice globally. The Jimny won the prestigious World Urban Car Award in the 2019 World Car Awards announced at the New York International Auto Show.

With India as a production base for the Jimny, Suzuki aims to leverage Maruti Suzuki’s global production stature. As there is a large customer demand worldwide well beyond Suzuki Japan capacity for this model, Indian manufacturing will supplement capacity to meet this global demand.

According to Kenichi Ayukawa, MD and CEO, Maruti Suzuki India, “The Jimny manufactured at Maruti Suzuki’s Gurugram plant shares the same specification as the export models produced at the Suzuki Motor Corporation’s Kosai plant in Japan. We are confident with Jimny we will be able to enhance our overall exports.”

Maruti Suzuki Jimny for India
According to Autocar India sources, Maruti Suzuki is readying a five-door version of the Jimny for India. While this version will be will be longer than the export model, it will still duck under the four-metre mark. However, as it will also be powered by the 1.5-litre petrol engine – found in a bevy of Maruti models like the Vitara Brezza compact SUV, Ciaz sedan, Ertiga MPV and S-Cross crossover – it will not qualify for tax sops for small cars in India.

While it won’t have a direct rival in the market, off-road enthusiasts will see it in the light of the new Mahindra Thar and the upcoming second-gen Force Gurkha. There may also be some overlap in terms of prices with a number of compact SUVs, including Maruti’s own Vitara Brezza, but given their fundamental differences, the two SUVs will cater to very different buyers. In addition, the Jimny will be marketed via Maruti’s premium Nexa showrooms.