Search-share for the Baleno reaches the pitch last seen during the launch of the Ford Ecosport in 2013. The Renault Kwid also has a fair share of digital viewers. 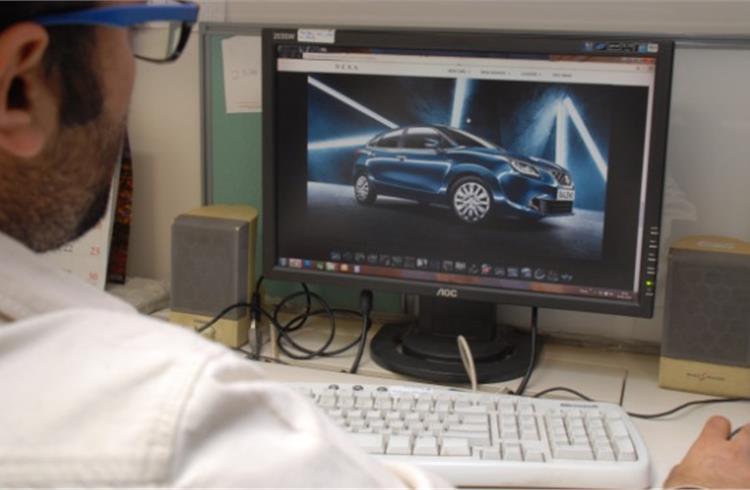 Maruti Suzuki India’s new premium hatchback, the Baleno, has made a grand entrance if the ‘search-share’ methodology is anything to go by.

The car, which was launched in October 2015, has amassed search-share approximately double than the closest contender (Ford EcoSport) and has humbled recent launches.

With over 20,000 bookings in the first month of the launch, the Baleno can be a serious contender in its segment as per a report published by Google India in collaboration with Kotak Institutional Equities, a division of Kotak Securities. 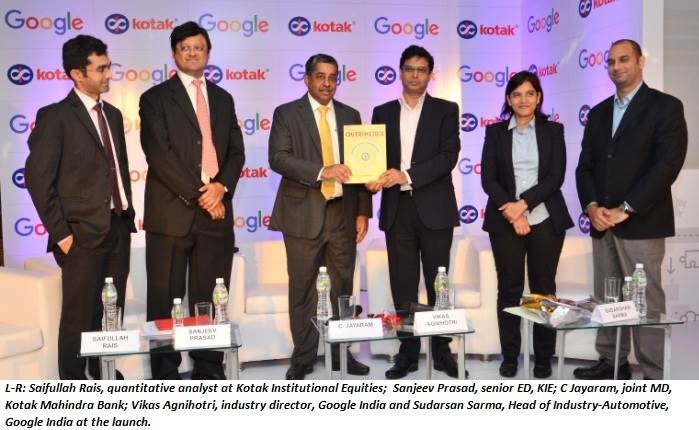 Each edition of the Consumer Querimetrix series will focus on consumer behaviour in a different industry.

Launching the report, C Jayaram, joint managing director, Kotak Mahindra Bank, said, “The digital wave is challenging conventional business practices across industries. Ground rules are evolving rapidly along with the consumer and those in the business of business intelligence need new tools to keep up with the changing landscape. Consumer Querimetrix is our step in that direction. Today, the sheer volume of consumer-centric search data available presents a tremendous opportunity to analyze and throw up actionable insights. These takeaways would be useful to both companies and investors. KIE research is highly valued by our clients and the launch of Querimetrix will further strengthen our ability to cover the Indian markets in a holistic manner.”

Digital enquiries for Baleno eclipse others

The data provided by Consumer Querimetrix points out that the search-share captured by Baleno is far ahead of its peers. Although most recent launches delivered relatively lower digital interest, the search-share for the Baleno has reached the pitch last seen during the launch of the Ford Ecosport in 2013. Among the rest, the Renault Kwid manages to outshine with its aggressive pricing and SUV-type looks. The data is compiled using the initial spike generated in Google search volumes at the time of a car launch. 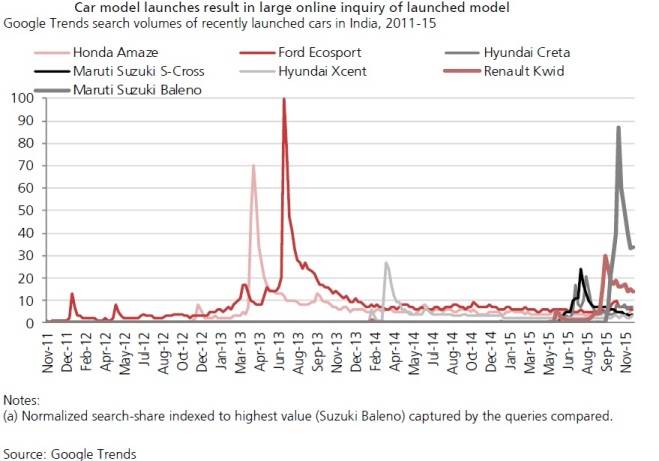 - The first issue of Consumer Querimetrix establishes that Google search volumes can be used as a gauge for assessing new car launches. The report underscores the linear relationship between search interest and advance bookings during a car launch. Interestingly, higher traditional media spends do not always guarantee higher search interest.

- In its first projection, Kotak Institutional Equities now forecasts 195,000 passenger cars to be sold in January 2016. As Google queries on car loan inquiries begin picking up, it is anticipated that total passenger car sales will grow at 16% YoY in January. 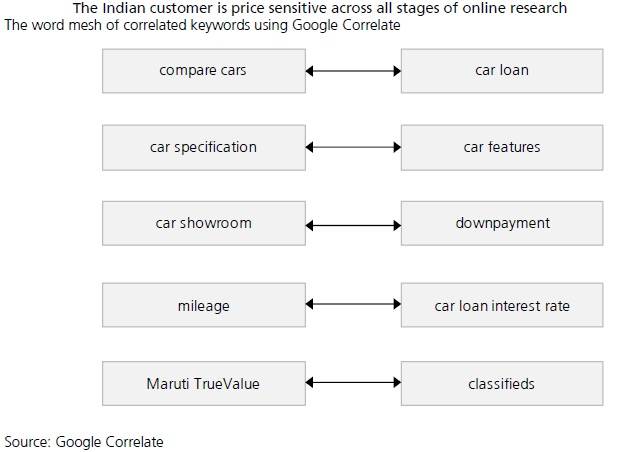 - Hyundai is expected to record compact car sales of approximately 38,000 units (up 15% YoY) while Maruti can sell up to 93,000 compact cars in January 2016. The recent launch of the Renault Kwid could spoil the incumbent strong-hold in the entry-level segment with more than 50,000 bookings in the first five weeks after its launch.

- Rising interest in taxi aggregators coincides with a drop in sales in the mid-size segment. Honda, the clear leader in the premium segment even in terms of searches, will face the heat from taxi aggregators such as Ola and Uber, SUVs and the Suzuki Ciaz in the premium sedan category. New car sharing solutions could disrupt new car purchases as well as replacements in Tier-1 cities. Development in the segment should be closely monitored by OEMs focusing on the premium car segment.

- For Maruti Suzuki, the Ciaz has been well accepted in the premium category and the Baleno seems to be a strong contender going forward. Hyundai's digital strategy for its small cars shows promise, even as its mid-size offering is losing out to the Honda City and the Ciaz.

Concluding the trends for the passenger car industry, Vikas Agnihotri, industry director, Google India, said, “With over 300 million Internet users online and growing, India today has a sizeable population which accesses the internet on a daily basis, making search queries as the most dynamic data input to arrive at consumer insights. If we look at the search trends related to car finance and car purchases, we’re seeing a 40% YoY growth in car purchase queries on Google in India. Over half of the people who evaluate car purchases change their consideration set during their research phase – adding two to three new car models in their consideration, the only non-negotiables are price and color of the car. This alone proves the growing complexity for car OEMs in the country. With this report we’re attempting to demystify this changing consumer behaviour into actionable insights for the industry.”