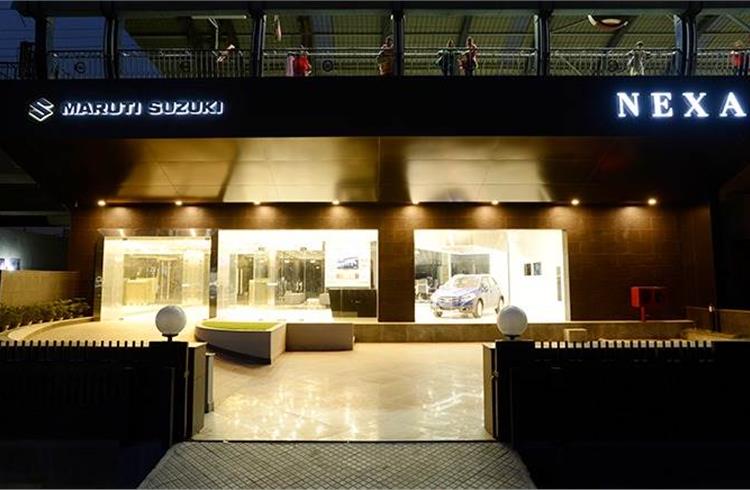 As Maruti Suzuki India (MSIL) gears up to launch its midsize SUV, jointly developed with Suzuki's global alliance partner Toyota, there could be challenges with respect to customer acceptance of the brand in a price range that is likely to breach the Rs 20-lakh mark.

While Toyota's Indian arm Toyota Kirloskar Motor (TKM) has already unveiled its version of the upcoming SUV that's been christened the Toyota Urban Cruiser Hyryder, MSIL will reveal the car in the third week of July.

But senior executive director for sales and marketing, Shashank Srivastava, is confident that the carmaker will face no problems in attracting customers to the company's new flagship that will be sold through its premium Nexa retail channel.

"The aspirational value association with Maruti Suzuki is today acceptable and that clearly gets proven by the volumes and success of the Nexa brand," he tells in an interview to Autocar Professional in Chennai, where this publication was invited to drive the new Brezza compact SUV.

"Whenever an economy develops, customers too evolve and become more aspirational. While the Indian customer used to put a great focus on value, price, aftersales service and reliability, they have also started giving weightage to design, quality and technology," he adds.

Srivastava mentions that this is how the Nexa brand was incorporated to cater to the needs of this emerging set of customers, and the company is well placed from a brand perspective too, to command a relatively higher price tag for its upcoming model that goes head-on against the Hyundai Creta and Kia Seltos.

"I think there will be no concerns regarding aspirational value. Having said that, both Nexa and Arena brands are evolving, and as marketing function, we have to ensure that the aspiration value is maintained," Srivastava adds.

The new midsize SUV will be produced at TKM's plant in Bidadi, Karnataka, starting August, and is likely to be launched in the festive season. What will give Maruti Suzuki and Toyota an advantage over their Korean rivals is the inherently stronger customer trust on the two Japanese brands in India, as well as the option of a mild-hybrid as well as strong-hybrid powertrain, developed by Suzuki and Toyota, respectively.

The duo will target gaining market share in the segment which currently forms about 18 percent of the overall passenger vehicle sales in India. While TKM has no offering at the moment, MSIL currently enjoys a mere three percent market share with its S-Cross that was never in the fast lane to start with.