Mahindra Construction Equipment’s RoadMaster range has cornered 20 percent of the market, and with the new offering targeted at rural roads construction, the company is hoping to hit paydirt 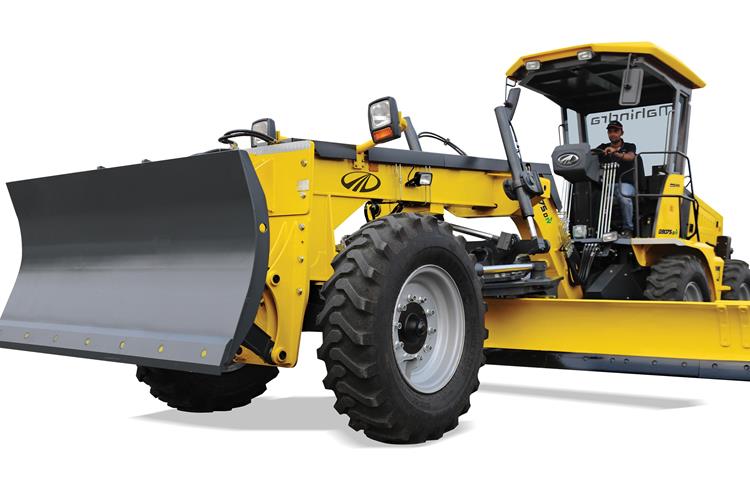 Mahindra’s Construction Equipment Division (MCE), a part of the Mahindra Group has added to its portfolio of road  construction equipment range with the launch of Mahindra RoadMaster G75 Smart, which the company claims will help in improving efficiencies in rural road constructions.

Jalaj Gupta, Business Head, Commercial Vehicles Business Unit, Mahindra & Mahindra on the sidelines of Excon said, “It has been designed and developed in India based on deep insights of the needs of smaller road contractors. Our aim is to help small contractors break free from sub-optimal grading practices and to upgrade them to mechanisation and enable them to participate in nation building.”

He added that the machine comes with a better operating cost and reliability factor. The company's existing RoadMaster range of motor graders has already captured over 20 percent and the launch of the new product will only help in strengthening its position, Gupta added, emphasising that small roads constitute over 60 percent of total  road construction in the country.

According to the company, the RoadMaster G75 Smart offers road contractors’ liberation from compromised makeshift solutions, such as manual labour and farm tractor-based graders as it can be used for spreading and grading applications for the rural, semi-rural and district roads, land development, internal housing and commercial roads. It thereby enables small road contractors to take up projects with grading needs for government flagship programmes such as the smart city ones as well as the Pradhan Mantri Gram Sadak Yojna ( PMGSY) roads. The PMGSY is an initiative of the government to provide connectivity to unconnected habitats as part of a poverty reduction strategy. As per data available at the PMGSY, a total of 774,892 km of roads have been sanctioned until fiscal 2022-23 with the value of project amounting to Rs 333,690 crore.

Talking to Autocar Professional, Gupta added that the RoadMaster G75 Smart aims to provide small contractors affordable  mechanisation and an opportunity to deploy a registered motor grader in the smaller projects. This was earlier not economical with the conventional graders.

Offering a glimpse of the situation on ground, Gupta adds that  most of the players competing in the category vie for higher powered machines such as 120 Hp which normally gets used in larger projects such as national highways or other similar constructions.  "When a contract is given that has a rural road, the contractor uses his 120 hp big graders and it turns out to be a waste of resources. They will, therefore, hire a local contractor who in turn will either get it done manually or use agri-equipment and put supplements on it to get the grading done. Therefore, by paying out a few more lakh of rupees road contractors will be able to have a much more efficient and a lower cost of operations," Gupta explained.

Mahindra Construction Equipment provides backhoe loaders in the earthmoving segment and motor graders in the road building machinery segment. The CE product range is being manufactured at the new greenfield plant at Chakan, spanning over 700 acres, which has been set up with an investment of over Rs. 4,000 crores. In the backhoe loader  segment, Mahindra CE already has over 8,000 equipment in the country, the company mentioned in a press statement.

According to Gupta, being the largest  manufacturer in the world in terms of farm equipment volumes, Mahindra very well understands the limitations of working around with agri-equipment for grading. The company has, at present given around a dozen odd RoadMaster G75 Smart to the seeding customers for field trials, the data from which will be used in gauging the demand for the product. Further, if all goes well, then the company is contemplating launching the product on a commercial basis during the upcoming festive season.