Ramesh Iyer, Vice-Chairman and MD of Mahindra Finance, is confident rural India will see aggressive growth for the next three years if nothing untoward happens. 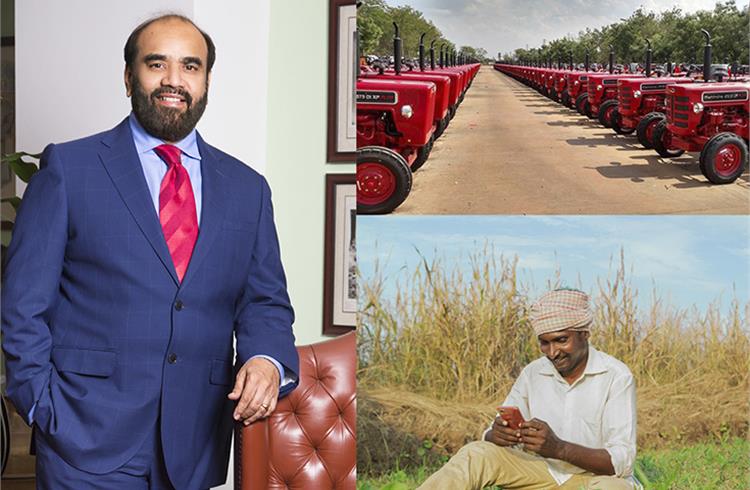 Ramesh Iyer, Vice-Chairman and Managing Director of Mahindra Finance, believes that early signs of revival in the auto sector could happen from September thanks to the vaccination drive and infection numbers reducing.

“Demand is getting consolidated and there will be a spurt as the festive season opens up… talk to any OEM and they echo these sentiments. Customers are still asking about their vehicles and demand is hanging out there,” he told Autocar Professional in a recent interview.

With normal monsoons predicted this year, the harvest in October-November will be good which augurs well for purchase of farm assets. This will gain traction once infrastructure activities restart and there is a fillip to the construction equipment industry. “If nothing untoward happens, you can see three years of aggressive growth in rural India right up to 2024-25,” says Iyer.

Growth will be driven by farm assets, pickups/light commercial vehicles, cars and revival of taxi operations. Once road projects and mining are back on track, it will boost sales of tippers, excavators, backhoe loaders and haulage products. Perhaps the laggard could be medium and heavy commercial vehicles which are expected to gradually restart from January 2022.

However, supply is choked right now with finance companies not repossessing vehicles. Once demand kicks off in October-November, people will swap their old vehicles for new ones and supply will improve too.  The farm sector will also see replacement demand increase thanks to use of tractors in haulage applications to carry sand, bricks and coconuts in accompanying trailers.

According to Iyer, rural India has been going through some difficult times even before the pandemic came in and disrupted lives. “Mining stopped in various locations, coal excavation was not happening and the infrastructure story did not pan out as much as what was expected in rural areas for 3-4 years,” he says.

As he explains, rural India depends on two streams of cash flow: infrastructure and farm. The last two years have seen good farm cash flow and the prediction of a good monsoon this year means that the momentum will continue.

“Last year, rural India was insulated from the pandemic though people felt the pressure of the all-India lockdown. Activity-wise, they bounced back quickly and were back on the streets with local trade resuming,” says Iyer.

People were also earning during the moratorium and Mahindra Finance found a very high percentage of them repaying their loans despite the moratorium benefit offered last year. “This reflected the intention of borrowers and even if there was an opportunity not to pay, they still chose to discharge their liabilities,” he says.

This is because agricultural income was timely and yields good as well as the support price and overall cash flow. Because of the restrictions imposed on mass gatherings, expenditure was in check…”otherwise they would spend so much on weddings and the like”. The surplus on hand and less expenditure resulted in more demand for tractors and two-wheelers while discharging liabilities.

Unfortunately while all this was happening between October and March and things seemed hunky-dory, the pandemic struck again out of nowhere in April. What initially started as an urban phenomenon quickly moved into rural areas and across the country leading to a spate of lockdowns to control transmission of the virus.

Rural distress
“What we saw on the ground was that unlike economic disruption where people are not very worried, they got scared and the fear factor was high. The need for hospital beds and oxygen became larger issues of discussion,” says Iyer.

Anyone needing help had to sometimes travel 40-50 km even for a basic test to be done. This is when “you become absolutely withdrawn” and the fear of health had caused sentiments to crash to zero both at the consumer and employee level at Mahindra Finance. Branches were shut and people did not step outdoors as cases began rising alarmingly.

Interestingly, vehicles like perishable carriers or essential goods carriers (pickups and LCVs), tractors have managed to weather the storm. On the other hand, school bus operations have come to a halt since there is no need to ferry children. Operators had removed seats to accommodate more kids but the vehicle cannot be considered for use till it is reconfigured all over again.

The second segment that is suffering comprises taxi aggregators like Ola and Uber. Regular customers like office goers have stopped using them as also mall visitors. The third category facing severe headwinds are three-wheeler passenger carriers since there are no outstation trains and railway pickups, a very large part of their business.

“Then you have people engaged in tourist operations to Himachal Pradesh or Kerala and others who cater to religious tourism, both of which have come to a grinding halt,” says Iyer. Large taxi operations from various airports and stations have stopped too — these are the segments “undergoing pressure and they are the ones who will also bounce back very quickly as we open up”.