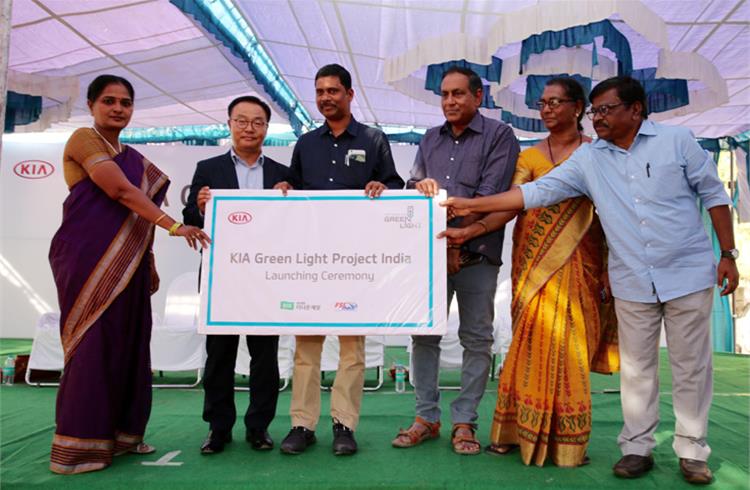 Kia Motors has begun its first ‘Green Light Project’ corporate social responsibility (CSR)  program in India with a two-week volunteer program in Anantapur District, in the state of Andhra Pradesh where it is setting up its 300,000 units per annum pla nt. In partnership with the regional government, Kia is undertaking a series of projects to support vocational training and education at three educational institutions in the local community.

At the Government Polytechnic Anantapur, Kia is working with Save the Children, a non-profit organisation dedicated to the promotion of children’s rights, welfare and education, to renovate classrooms and develop basic training modules for students hoping to work in India’s burgeoning automotive industry. 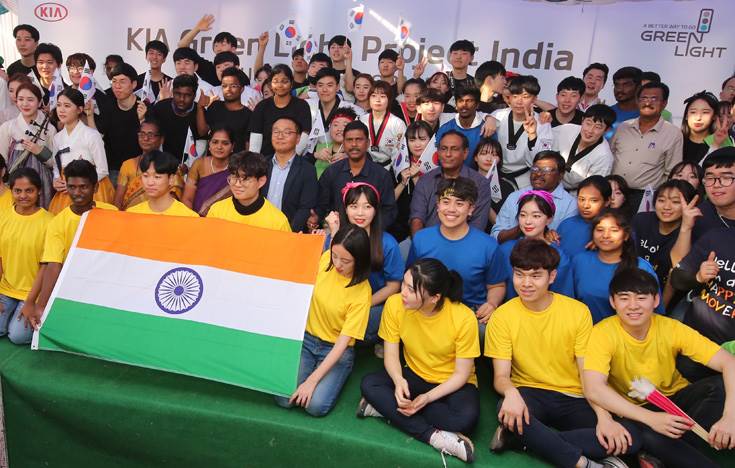 The second institution is the Anantapur Industrial Training Institute (ITI), where Kia is helping to develop a driver’s license training scheme for up to 100 students a year. Kia is also supporting the ITI in establishing new job training modules, focused on delivering vocational information and communications technology (ICT) training for up to 100 local pupils each year to enhance their career prospects.

The Korean carmaker is also working with the nearby Government Polytechnic Hindupur to support the development of the local educational infrastructure. The company is donating a specially-modified vehicle, equipped with educational books and reference materials, to serve as a mobile school, visiting pupils from remote elementary schools each day.

“Kia’s Green Light Project will provide local communities in India with the opportunity to build better lives through improved access to education and better awareness of public health. Kia seeks to provide the means for residents to manage such facilities for themselves,” said Dosik Kim. “To date, our Green Light initiatives have taken place in communities across Africa and Mexico, and this volunteer camp aids us expand our corporate social responsibility program further afield.”

In conjunction with Kia’s support of local educational institutions, the brand is also supporting a Happy Move Global Youth Volunteer camp, which started on 14 January at the Anantapur and Penukonda region.

As well as helping to establish more comprehensive vocational training, the Happy Move Global volunteer group is installing public water pumps and bicycle racks at the Anantapur ITI, and installing a public water pump in the nearby town of Penukonda. Volunteers are also on-hand to carry out maintenance work on other public facilities at the ITI and in Penukonda, and educate pupils in a Penukonda school about public health.

The group consists of 120 volunteers, including 80 students from Korea, 16 Indians from the Anantapur region.