Yamaha has launched the limited-run MotoGP edition for the first time in India; bike maker also introduced the FZS-FI in two new shades. 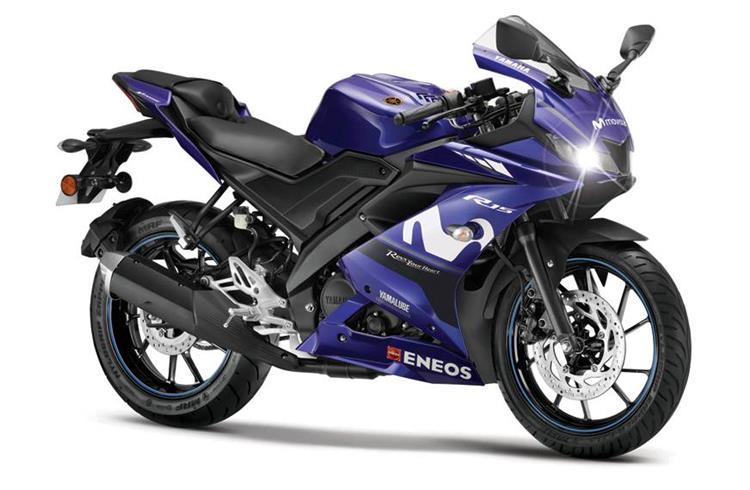 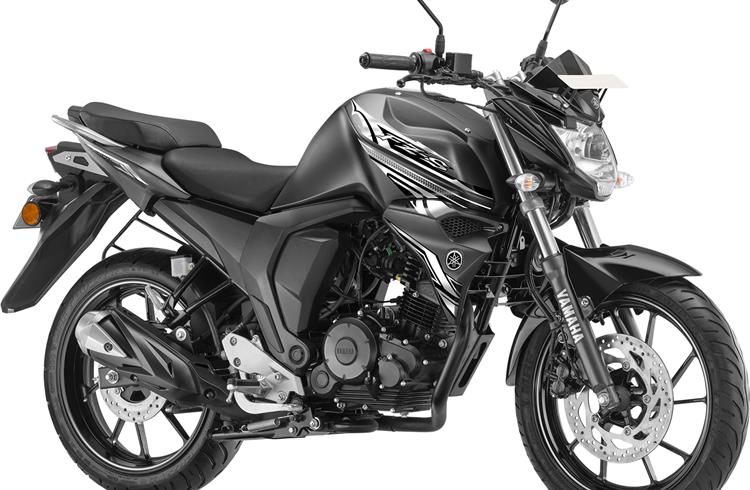 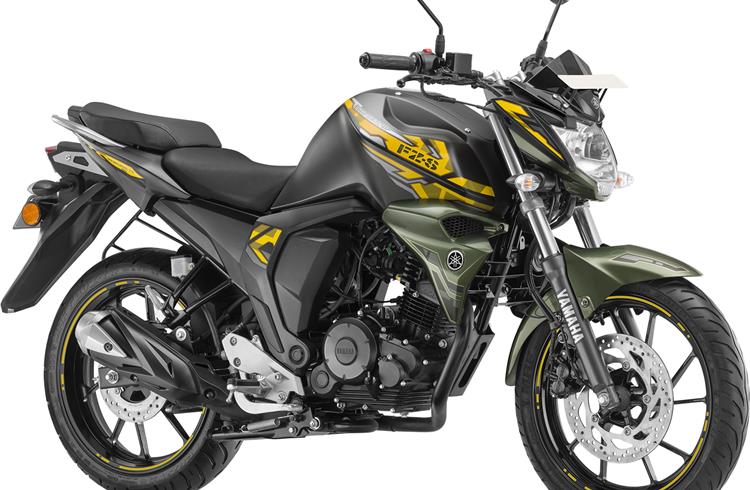 Now the bike has officially been launched in our market. The 2018 Yamaha R15 MotoGP Limited Edition has been priced at Rs 1.30 lakh (ex-showroom, Delhi) – a premium of Rs 3,000 over the standard bike. Bookings for the motorcycle have started on Yamaha India’s official website for Rs 10,000. Limited units of the MotoGP edition will be available on sale and Yamaha claims a delivery time of 40-55 days, depending on the location of purchase.

The company has also announced its new campaign ‘The call of the blue’, which it says will draw a parallel to its product planning, marketing and customer engagement strategies with the brand’s global image. This initiative will comprise of the entire spectrum of Yamaha’s business in India and will be graphically represented with ‘Yamaha Racing Blue’ colour in the background.

The new R15 will only be available in only one shade – ‘Yamaha Racing Blue’ – a similar shade to the Yamaha M1 MotoGP bike. Other changes include the Movistar logo at the front and sides and an ENEOS logo on the belly pan. It also gets M1-inspired graphics above the headlamp and fuel tank, while the Yamaha logo is finished in gold. What you won’t see, though, are the racing numbers of either of Yamaha’s MotoGP stars, Valentino Rossi and Maverick Vinales.

Apart from cosmetic updates, the R15 V3.0 remains mechanically unchanged. It’s powered by a The 155cc, SOHC, four-valve, liquid-cooled, fuel-injected motor produces 19.3hp and 15Nm of peak torque and also features Variable Valve Actuation (VVA). The engine is paired to a six-speed transmission and the new motorcycle also gets the addition of a slipper clutch.

Yamaha India also introduced the FZS-FI in two new shades – Matt green and Darknight – in addition to the standard Armada Blue. The 150cc motorcycle is priced at Rs 87,042 (ex-showroom Delhi).

Commenting on the announcement, Motofumi Shitara, chairman, Yamaha Motor India Group of companies, said, “Yamaha’s global corporate mission of realising ‘kando’ should be expressively achieved through all of its products or related experiences. Being a customer first brand, it is our duty to create delightful experiences for customers that can enrich their lives in the long run. The launch of ‘The Call of the Blue’ should convey Yamaha customers or any customer of two wheelers about the brand’s commitment to provide highly advanced technology as well as treasuring style through its two wheelers.”