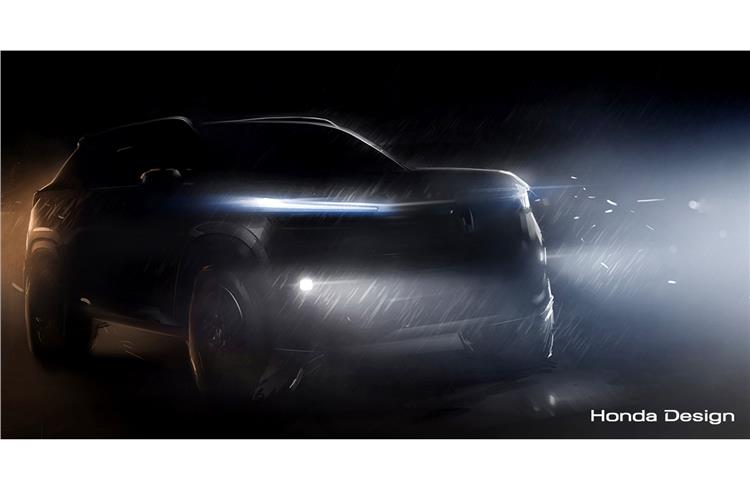 Honda Cars India has issued a teaser sketch of its upcoming all-new SUV, which will premiere during summer 2023.

According to the company, the new Honda SUV has been designed at Honda R&D Asia Pacific Co following extensive market surveys in India for people’s changing lifestyle requirements and expectations from Honda for its new SUV in terms of design and performance.

With the new midsize SUV, Honda is taking a plunge into the thick of the SUV market that is aimed squarely at the segment leader, the Hyundai Creta. The SUV is estimated to be around 4.2 metres long and will have seating for five along with a fairly large boot. Honda’s expertise in packaging will make it high on space.

Honda’s new SUV is expected to get a 1.5-litre petrol as well as a 1.5-litre petrol-hybrid. It is certain that this new SUV will not have a diesel powertrain as Honda will stop producing these engines from February 2023, due to the new emissions regulations.

While details on equipment are scarce, Honda is likely to add the latest on-board tech in its new midsize SUV, which is expected to get the next-generation touchscreen infotainment system.

The new Honda SUV is expected around April-May 2023 and is likely to have a sticker price of Rs 16 lakh to Rs 18 lakh.

When launched in India, Honda’s new SUV will be part of one of the most competitive segments. The midsize SUV market, which is witnessing strong growth, is currently populated with the segment leader Hyundai Creta, Kia Seltos, Skoda Kushaq and Volkswagen Taigun, as well as the more recently launched Maruti Grand Vitara and Toyota Hyryder that come with strong-hybrid options.