To use Series B funding from GII and OAKS to set up multiple plants, invest in new tech and innovations and also enter India-like markets. 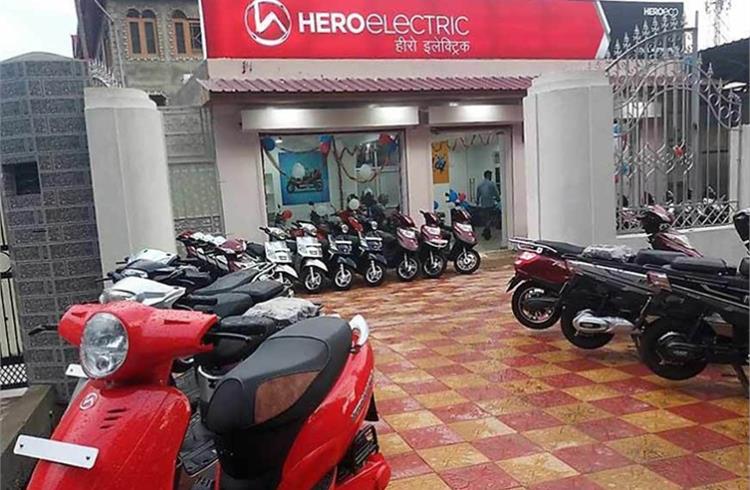 Hero Electric will use the Series B funding from GII and OAKS to set up multiple plants, invest in new tech and innovations and also enter India-like markets. 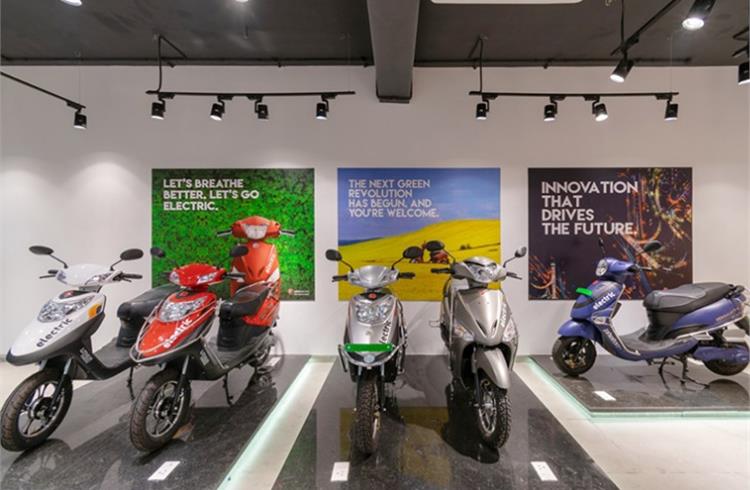 Hero Electric currently has around over 700 sales and service touch-points spread across India. 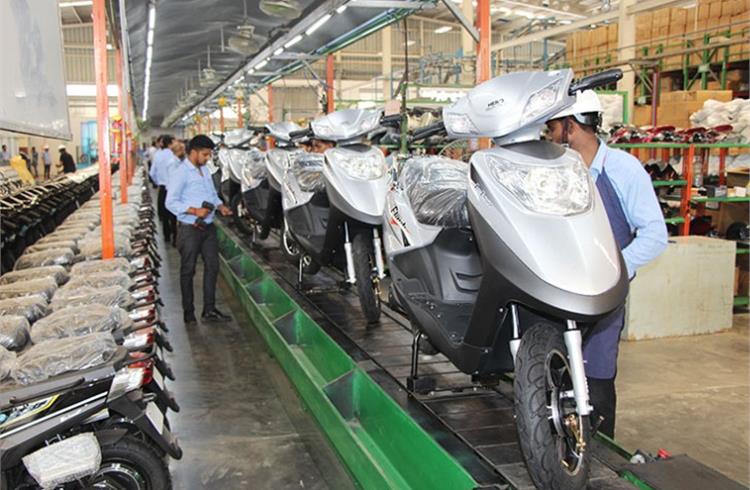 The EV maker's plant in Ludhiana has a manufacturing capacity of 100,000 units per annum. 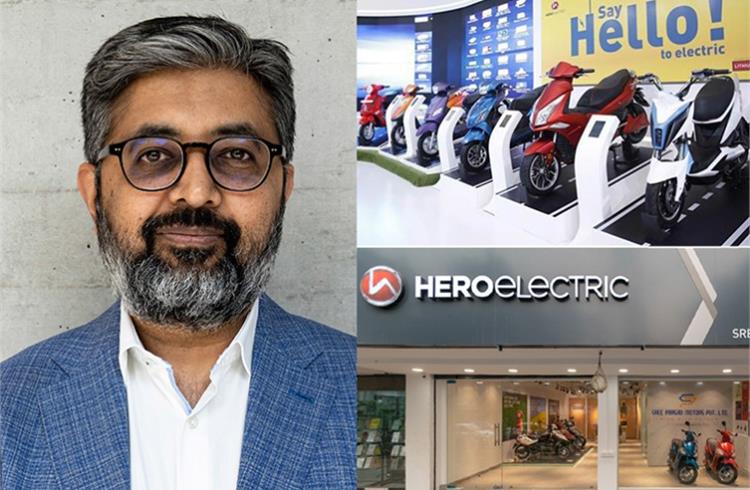 Naveen Munjal:”Hero Electric is poised to grow at over 2X from the last fiscal. Hero aims to sell over 1 million units per year in the next couple of years.” 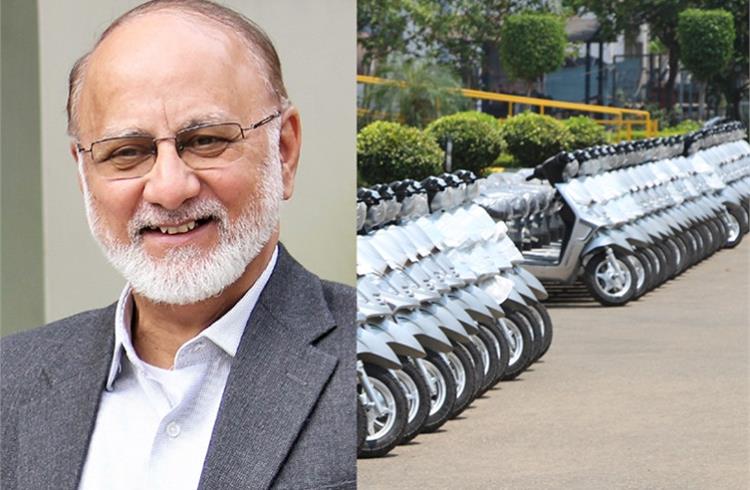 Sohinder Gill: “We aim to enhance our market position while maintaining leadership with innovative product offerings for the diverse and demanding customer of today.” 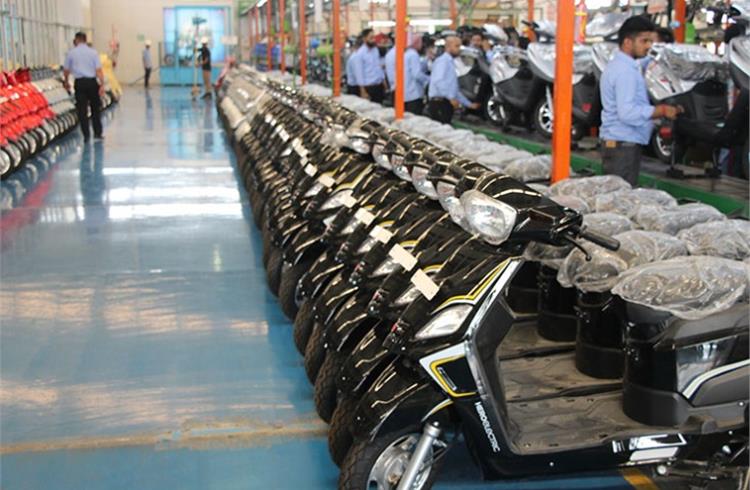 Hero Electric Vehicles, India’s largest electric two-wheeler manufacturer, has announced the first part of its Series B funding of Rs 220 crore. Gulf Islamic Investments (GII) led the round along with participation from OAKS.

Hero Electric, which has retained its title of the No. 1 e-two-wheeler OEM in first-half 2021, plans to use the new funds towards expanding production capacity, further strengthen market leadership, invest in futuristic technology and also grow its footprint across India-like markets.

To achieve speedy growth and double sales every year, the company plans to make significant additions to its manufacturing capacity by setting up multiple plants over the next couple of years. It will also focus on India-centric, flexible, and cost-effective innovations that will drive the growth of electric mobility which is in line with making India the EV hub of the world.

“The EV market has undergone tremendous change over the last few years since we raised our first round of funding. The policies are extremely conducive for the growth of the segment and despite the pandemic, the company is poised to grow at over 2X from the last fiscal. Hero aims to sell over 1 million units per year in the next couple of years. This round of investments, which is a first of a larger scheme, will help expand our manufacturing capacities and increased R&D spends that will enable us to continue to launch innovative products to disrupt the category. Hero is committed to its mission of – no emissions and build a sustainable future that is electric” said Naveen Munjal, Managing Director, Hero Electric.

The Rs 220 crore will help part-fund a Rs 700 crore investment programme, spread over till 2025, designed to expand the company’s overall business, including the setting up of a new manufacturing plant.

The proposed expansion plan will see the EV maker increase output three-fold at its existing plant in Ludhiana, Punjab from 100,000 units to 300,000 units and set up a new million-units-per annum plant. The company has outlined plans to sell around a million units by FY2026.

Speaking to PTI, Munjal said: "What we're doing now is expanding our capacity to about 300,000 units. While we are building this up, we''re also planning on the next facility which is going to be about a million units per year and that we believe is not very far off now. It's going to be sooner rather than later. Over the next couple of years, up to about 2025, we anticipate around Rs 700 crore to be invested in these facilities. That's the bare minimum that we will be spending in these facilities now."

According to Munjal, Hero Electric is “expanding in every direction”, which means the entire EV ecosystem ranging from manufacturing to R&D, technology, product development, retail, dealer network expansion supply chain and service network as well as EV charging stations.

Adding to this, Sohinder Gill, CEO Hero Electric said, “Hero Electric, since its inception in 2007, has worked tirelessly to further build the legacy of the brand Hero by journeying to electric. As market leaders, Hero has seen an upward trajectory that will see tremendous growth in the coming years thanks to the support and initiatives taken by Central and State governments. With this round of initial funding in this series we enhance our market position while maintaining leadership with innovative product offerings for the diverse and demanding customer of today.”

Pankaj Gupta, founding partner and Co-CEO of GII, commented: “We are delighted to be a part of the growth journey of India’s market-leading electric vehicles pioneer – Hero Electric – through our latest round of investments under India Growth Portfolio II. As a sustainability conscious and visionary investor, GII has observed the growing role of EVs in mitigating environmental pollution and the opportunities it presents in India, one of the world’s most populous countries and an important investment destination in the firm’s global strategy. Hero Electric has established itself as a champion in the country’s EV segment and is exceptionally well positioned to achieve multi-fold growth in the coming years. We’re excited to partner with Sohinder, Naveen and their world-class management team to continue to accelerate their impressive growth trajectory and positively impact the widespread adoption of EVs in India.”

Vishal Ootam, founder and CEO of OAKS added, “We have been tracking this sector in India and globally are very excited to have partnered with Hero Electric who are the clear market leaders in this space.  We believe that over the next few years, the EV market is going to grow exponentially. Our belief is that this investment round will put the brand Hero firmly in a leadership position. Hero is poised to grow multi-fold over the next few years, and we are only happy to be part of this growth story.”

Getting future-ready
Over the past 14 years, Hero Electric has sold over 350,000 EVs, helped grow the EV ecosystem and infrastructure and re-skilled 6,000 mechanics across India. Since 2011, the company has launched over 15 electric two-wheelers manufactured at the plant in Ludhiana. Hero Electric currently has around over 700 sales and service touch-points spread across the country.

The electric two-wheeler market in India is witnessing good traction, particularly in the past few months. This market sentiment has been helped by the recent 50% increase in FAME II subsidy and also a flurry of new products, both from established players and entrays into the segment.