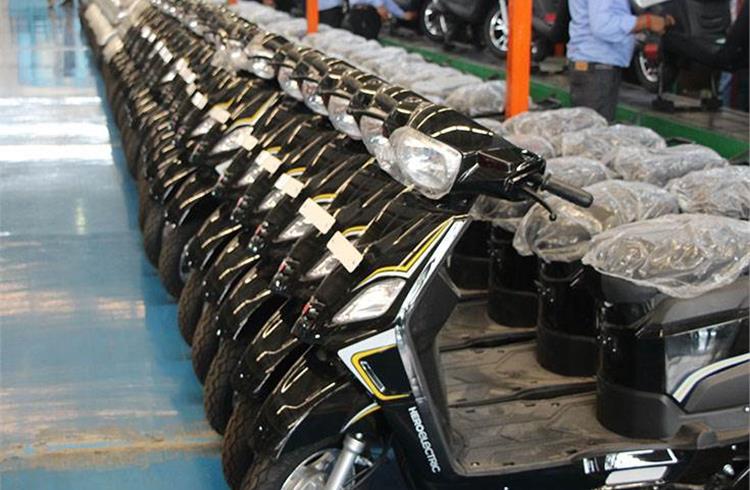 Hero Electric has emerged as the number one EV two-wheeler Company in India for July 2022, clocking 30 percent higher from its June numbers to unseat Okinawa that topped the June Two-wheeler sales tally. This is based on the numbers put out on the Vahaan database. According to the database, Ola Electric and Ather saw their respective volumes dip by 71 percent and 38.34 percent respectively.

Ola Electric, as per media reports, has paused its manufacturing due to an inventory build-up which the company has denied.

Overall E2W registration fell 5 percent to 32,450 as various authorities tightened their grip on the EV manufacturers for defaulting on safety standards that led to EV fires across several well-known e2 wheeler manufacturers.

Major EV makers including Ola, Okinawa, Pure Electric, and a few others have been issued notice by MORTH (Ministry of Road Transport Highways) and The Central Consumer Protection Authority (CCPA), as to why relevant sections of the (Motor vehicles and Consumer Protection Act) should not be invoked over customer concerns and complaints regarding a series of EV fires that have created a question mark on the safety of such scooters.