The Hector and Hector Plus accounted for 80 percent of sales. 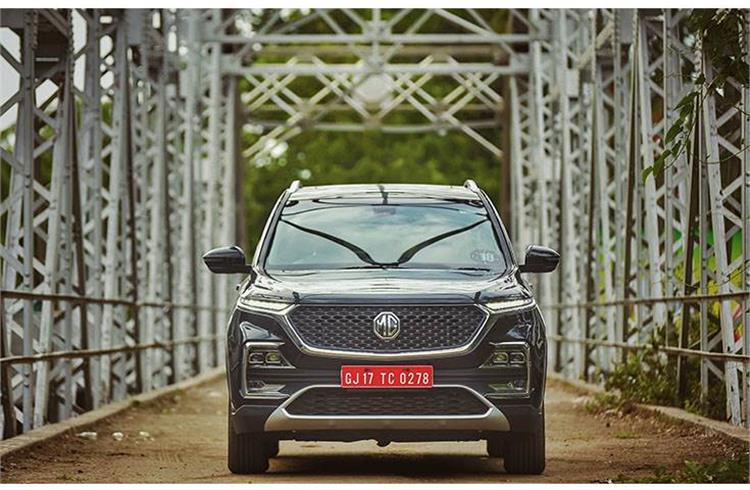 MG Motor India has reached a new landmark in terms of its domestic sales in the country. The company’s India sales have crossed 100,000 units in a little under three years, since it introduced its first product – the MG Hector – in end-June 2019.

The milestone primarily comes on the back of the Hector, which has sold a total of 80,982 units in the last 34 months, contributing to over 80 percent of the OEM’s India’s volumes. The number also includes volumes for the six- and seven-seat variants christened the Hector Plus.

The next best seller for the company is the Astor midsize SUV which was launched in October 2021, and went on to garner 8,734 units until March 2022 itself. The Astor is the petrol-only derivative of the MG ZS EV, which has clocked 4,800 units in sales, and is the second best-selling electric car today in India. The flagship Gloster SUV, which competes with the Toyota Fortuner, has sold a total of 4,800 units since its introduction in August 2021, and was MG’s first product in India to feature Level-I advanced driver assistance systems (ADAS) safety technologies.

The company has taken pioneering steps in terms of rolling out connected car and Car-as-a-Platform services in its products in the form of various streaming applications, voice as well as concierge support services through the in-car infotainment system and mobile phone applications.

Modern features like a panoramic sunroof, large touchscreen infotainment systems, surround sound audio and voice commands are a huge draw with MG buyers, who have also appreciated space, comfort and the multiple drivetrain options on offer in most of its models on sale.

Despite being a fairly new entrant in the Indian market, MG Motor India has been able to win the customer’s confidence with its sales and aftersales service support, with the company being awarded the No. 1 position in the JD Power 2021 India Sales Satisfaction Study (SSI) and Customer Service Index Study (CSI). According to Rajeev Chaba, President and Managing Director, MG Motor India, “We are grateful for the love and trust that we have received after establishing a solid foundation focused on employees, dealers, suppliers, and customers.”