Harley-Davidson slams the brakes on India

Iconic 117-year-old American brand, which is in the midst of a severe belt-tightening programme, axes operations in a low- performing market like India. 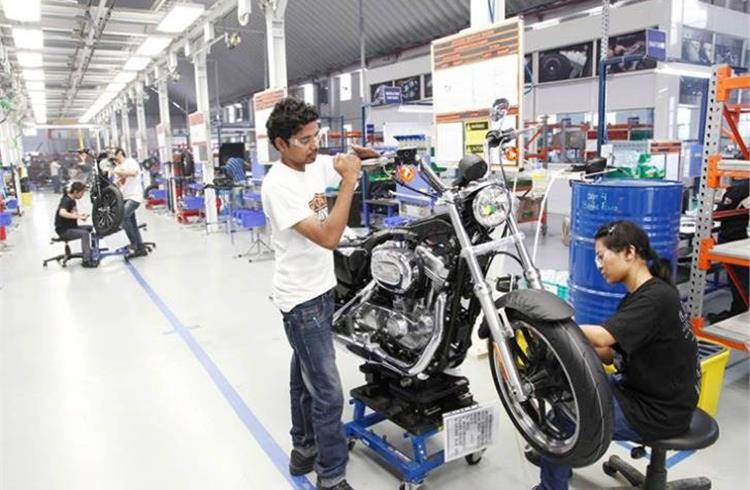 The shutters will go down on Harley-Davidson India's assembly plant at Bawal, Haryana, which has an assembly capacity of 12,000 bikes per annum. 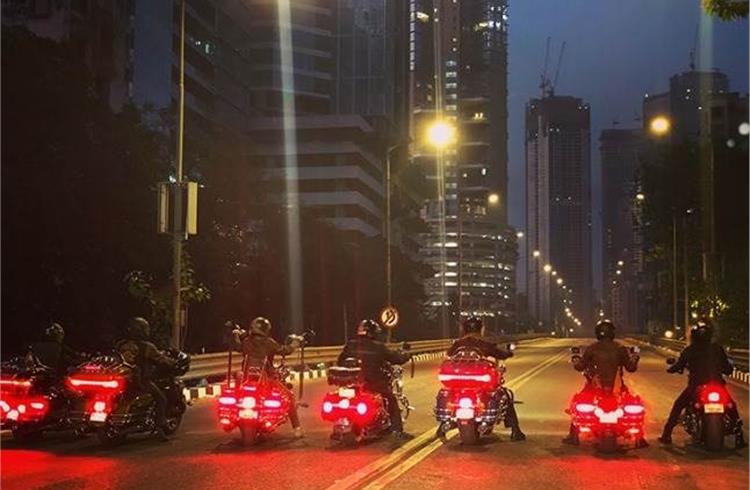 At one level, Harley-Davidson’s decision to exit India is not entirely surprising. The iconic 117-year-old American motorcycle brand had been struggling for a while now with average monthly sales plummeting to levels of 200-odd units.

Further, it was amply clear that headquarters in Milwaukee, Wisconsin, was in the midst of a severe belt-tightening programme which meant low- performing markets like India could face the axe sooner than later. And this is precisely what happened when Harley-Davidson announced on September 24 that it was shutting down its 12,000 units-per-annum manufacturing facility in Bawal, Haryana while laying off people too.

Contract manufacturing unlikely to work for H-D in India
For all practical purposes, it is the end of the Harley story in this part of the world even while there is some hope within a section of the riding community that some kind of a contract manufacturing model could still be worked out. There were talks doing the rounds of a tie-up with Hero MotoCorp happening but this does not seem even a remote possibility now.

As a top two-wheeler executive says, “Harley could not find a partner because they only want someone to contract-manufacture for them. They don’t realise that Indian two-wheeler makers have significant design capabilities and are not like Chinese players.”

Interestingly, Harley recently forged an alliance with China’s Zhejiang Qianjiang Motorcycle Co, a subsidiary of Geely, to manufacture sub-350cc motorcycles as part of its larger strategy for midsize offerings in emerging markets. This was part of the strategy to go global and attract a growing set of new buyers in Asia.

However, Covid-19 has pretty much derailed all plans for Harley and its ‘Rewire’ initiative is primarily intended at survival. Beyond India, the brand is up against strong headwinds back home in the US where a new generation of riders is not inclined to opting for Harley as a brand of choice. In today’s world, ownership of a vehicle is not an obsession as it used to be till not-so-long ago with a host of mobility options like Uber now stepping into the arena.

Further, says another Indian two-wheeler official, Harley is struggling to find its loyal set of riders who would undyingly swear by the brand. They were the ones who were also willing to cough up big bucks to buy their prized Harley motorcycle but this is a small tribe of riders whose number is diminishing by the day. Realising this, Harley was quick enough to frame a pragmatic global strategy which would involve roping in allies for big growth markets like Asia.

“It is by no means an easy task to reboot a brand which is already in an advanced stage of evolution,” continues the official. As he puts it, a Harley motorcycle stands for something robust and solid with a DNA that is unique to its heritage and legacy. Attempting a makeover when it is at the “end of its evolution cycle” becomes particularly difficult.

Bajaj Auto-KTM alliance does things differently
It is in this backdrop that the Bajaj Auto-KTM alliance has proved to be the exception to the rule and is a triumphant saga of a carefully thought out roadmap by two partners who know precisely what they want. When Bajaj Auto first got a foothold into the Austrian bike maker 13 years ago during the time of the global slowdown, not many people knew what was in store especially for markets like India.

Till that point in time, Bajaj’s long-time ally was Kawasaki of Japan. This model was keeping in line with most Indo-Japanese two-wheeler partnerships which kicked off in the 1980s be it TVS-Suzuki, Hero Honda or Escorts Yamaha. An Austrian bike brand entering this space was quite novel but it is to the credit of Bajaj and KTM that they pushed the envelope aggressively and worked out a successful business model.

Today, the Chakan plant near Pune has emerged a manufacturing powerhouse for KTM-branded motorcycles which are sold in India and shipped out to various parts of the world. These are in the 125-400cc range which was a new category for KTM that became a reality thanks to the partnership with Bajaj. There are now big plans to grow in the ASEAN region while constantly wooing a set of GenNext riders who want to access a KTM motorcycle.

Meanwhile, the next phase of the growth story has kicked off with Husqvarna, the Swedish motorcycle brand which KTM had acquired in 2016. This will again become an integral part of the Chakan ecosystem and follow the same route as KTM in catering to buyers both here and in other markets. Electric will be the next big play for the partners even while Triumph Motorcycles of the UK has now teamed up with Bajaj Auto for manufacturing midsize motorcycles for a host of countries.

“Harley should ideally have identified a partner a lot earlier and got cracking. Equally, one must concede that it is difficult to emulate the Bajaj-KTM model which is based on trust and transparency,” says an industry observer. Today, TVS Motor is in a partnership with BMW Motorrad and has also recently acquired Norton Motorcycles which means that it will now have its hands full in the coming years.

There was a time in the Harley innings in India when it did try something different with the Street as part of an effort to reach out to a new set of riders. It was in November 2013 when the company announced that it would produce the all-new Street in 500cc and 750cc versions.

This was the first bike platform developed for young riders across the world and just not for markets in the West, as was the norm till then.  For India, the news was particularly significant as the Harley plant in Haryana, would make one of the global platforms for the bike while Kansas City in the US would cater to the other. Unfortunately, the Street did little to help Harley in India.

Yet another brand bites the dust in India
The closure of its innings here also means that the list of exits in the Indian automotive space is only growing by the day. The recent years have seen General Motors and MAN Trucks bid adieu along with the burial of an Eicher-Polaris venture which produced the Multix utility vehicle.

The early phases of the post-liberalisation period saw Peugeot and Daewoo call it quits for a whole set of different reasons. In the case of the former, headquarters in Paris was not convinced of the viability of India while Daewoo went bankrupt and was bought over by GM.

Ford is the other American auto brand that has struggled in India but is now hoping to revive itself in an alliance with Mahindra & Mahindra. How that progresses in the coming months and years remains to be seen given the havoc wrought by Covid-19 which has prompted automakers to slash costs and look for new partners to keep themselves afloat.

In the case of Harley, there is no point laying the blame on Indian policies or its tariff structure which was constantly an irksome point with American President, Donald Trump. The truth was that it was not quick enough to react to market requirements even while its top leadership at one point in time knew what needed to be done. Even while an Asia strategy was being prepared, Covid-19 ensured that the script went completely awry and Harley really had no choice but to quit.

It is also interesting to see what the coming years will imply for the automotive industry and for iconic American brands like Harley that are struggling to stay relevant. GM, once the monarch of Detroit, has exited a host of countries and is now focusing solely on China, the US and Latin America. Ford is still sticking to its global plans but the challenges are plenty while Chrysler has ended up being a valuable lifeline for Fiat.

In the two-wheeler space, Indian brands like Hero MotoCorp, Bajaj Auto, TVS Motor and Royal Enfield are clearly seeking more global opportunities even while formidable Japanese players like Honda continue to rule the roost. For now, Harley-Davidson is in no mood to be combative as it struggles to put its house in order.