EV capacity to be increased in three phases starting with 100,000 units. Operations will kick off this year, signalling the next phase of expansion for Ampere beyond its existing base at Coimbatore. 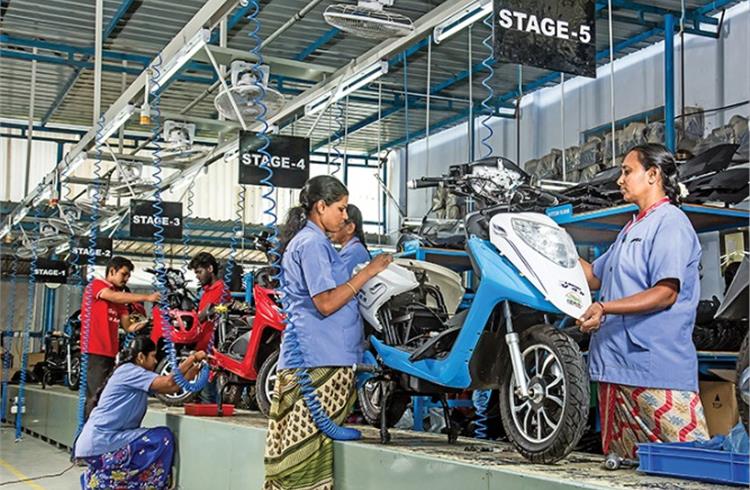 Ampere Vehicles’ Coimbatore plant. New Rs 700 crore plant in Ranipet, Tamil Nadu will mark a fresh start given that Coimbatore posed its own challenges in efficiency as well as the supply chain. 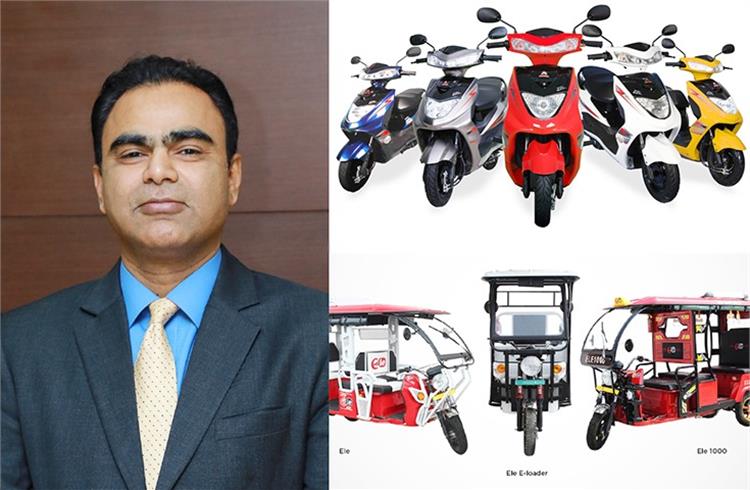 Nagesh Basavanhalli: “We believe this is the future and are committed to the electric growth story. The Chennai-Bengaluru belt has a lot of capable suppliers, very good talent and a peaceful workforce.”

Greaves Cotton’s recent move to reboot its Ranipet plant reaffirms its faith in the Ampere brand that spearheads the electric two- and three-wheeler businesses. Greaves had wrapped up 100 percent acquisition of the Coimbatore-based company’s stake in end-2019 since the time it first bought out a 67 percent stake in 2018.

“We believe this is the future and are committed to the electric growth story. The Chennai-Bengaluru belt has a lot of capable suppliers, very good talent and a peaceful workforce and so on,” Nagesh Basavanhalli, Group CEO and Managing Director, Greaves Cotton, told Autocar Professional in a recent interview.

These strengths will complement the existing competencies of the company’s R&D centre in Bengaluru. An investment of Rs 700 crore has been earmarked for Ranipet over the next 10 years where the existing land parcel will see a complete makeover in the coming years.

The capacity will be increased in three phases starting with 100,000 units going up to 250,000 units and thereon to a million units annually. Operations will kick off during the course of this calendar and, in the process, signal the next phase of expansion for Ampere beyond its existing base at Coimbatore.

The easier access to the Chennai port also “opens up new doors for exports in the future” even while this is still some time away as the top priority now is to focus on localisation and rev up the electric business. Ranipet will also mark a fresh start given that Coimbatore posed its own challenges in efficiency as well as the supply chain.

This time around, there will be greater thought given to the entire ecosystem of components, supply base and warehousing. Ampere will first kick off its two-wheelers from Ranipet followed by three-wheelers: both vehicle segments are equally critical to the B2B and B2C businesses.

The future will also see Ranipet housing supporting infrastructure like testing facilities and R&D as part of the bigger plan “for a one-stop shop”. Greaves has constantly maintained that Ampere will power its last-mile transport vision where people want affordable personal mobility options.

“Ampere is a commitment for Greaves and we are hiring top people as part of the investment process. We will change with the market to provide the customer what he wants,” said Basavanhalli. Consequently, Tamil Nadu will be the company’s base for e-mobility where other prominent brands in this space include TVS Motor Company and Ola Electric.

Ampere will also have the parent company’s backing in terms of products, sales/service/spares with 6,700 plus retail outlets, 200-odd Greaves Care stores, 10,000 mechanics and Greaves Finance. “We believe in the last-mile mobility ecosystem of spares, service, charging, financing etc and will push the envelope,” said Basavanhalli.

In his view, it is imperative to localise even further and this is where the Atmanirbhar push is a “good idea for suppliers sitting on the sidelines” to jump on to the electric bandwagon. “It is a step in the right direction for the long term goal of self-reliance. Development of competencies is critical even if it takes time,” he added.

Clearly, China is miles ahead in electric with higher scale efficiencies but it also “gives us benefits in terms of long term planning”. Simply put, this means that with local suppliers factored into the business model of the future, logistics costs will be lower and companies can look at just-in-time inventory as compared to 4-6 weeks lead time.

“Longterm, this will help us drive scale even while there could be glitches initially,” said Basavanhalli. From his point of view, localisation in electric has kicked off in right earnest where “system by system, component by component”, there is some serious work already happening at Ampere.

Additionally, the company is looking at strategic suppliers for motors as well as co-development in electric. “Ampere has been around for years and has seen this industry evolve which means we know how the component needs to behave in a country like India. It calls for a good deal of collaboration,” said Basavanhalli.