As per the notification, the exemption will be applicable for ethanol proportion of 12-15 percent which gets blended with petrol. Earlier the exemption was only for up to 10 percent. 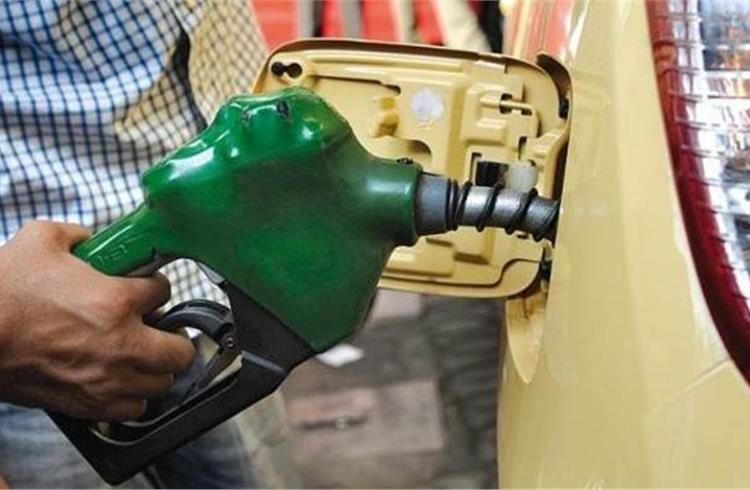 In an apparent push towards the adoption of environmentally-cleaner automotive fuels, the Ministry of Finance has now expanded the excise duty exemptions for biofuels to encourage a higher proportion of ethanol and biodiesel.

As per the notification, the exemption will be applicable for ethanol proportion of 12-15 percent which gets blended with petrol. Earlier the exemption was only for up to 10 percent.

Similarly, in the case of diesel, the exemption will  now apply to 20 percent of alkyl esters of long chain fatty acids obtained from vegetable oils, the notification continued.

“High speed diesel oil blended with biodiesel, up to 20 percent by volume, that is, a blend, consisting 80 percent or more of high speed diesel oil, on which the appropriate duties of excise  have been paid and, up to 20 percent biodiesel on which the appropriate Central tax, State tax, Union territory tax or Integrated tax, as the case maybe, have been paid.”; the notification reads.

In February, the Government had during its annual budget decided  to levy excise duty of Rs 2 per litre on unblended fuel beginning from  October 2022. The  development, the finance minister said, is aimed at making oil and gas companies to further push levels of ethanol blending.

The Government of India, through the National Policy on Biofuels, 2018, aims to increase usage of biofuels in the transportation sector towards energy security and climate change mitigation. During the ethanol supply period of  2020-2021 (December-November), a total of around 302 crore litres of ethanol was supplied to oil marketing companies by distillers thereby reaching a pan-India average blending level of nearly 8 percent. The Government mandate is to increase the blending levels to 10 percent by 2022 before taking it forward to 20 percent by 2025.