Germany’s Tristone Flowtech sets up its first plant in India

The company plans to fully localise critical components such as engine cooling surge tanks, engine cooling hoses and air charge hoses at the all-new Pune plant and is understood to ne in talks with a number of carmakers in India. 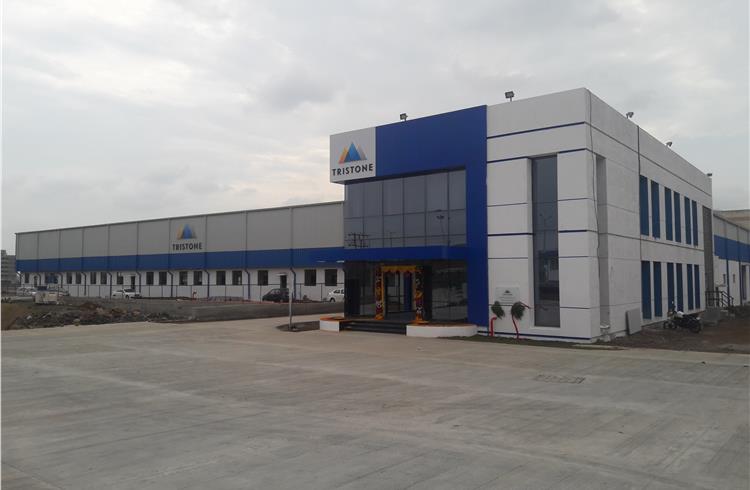 Frankfurt-based Tier 1 supplier of critical components Tristone Flowtech Group has set up its first greenfield facility in India in Chakan, near Pune, under Tristone Flowtech India, a 100 percent local subsidiary of the former. Guenter Froelich of Tristone told Autocar Professional that the company has earmarked around 2.5 – 3 million euros for setting up its manufacturing facility and kick-starting the operations. This investment will be made over the next two years depending on the business orders, said company’s top boss.

The plant will, however, start manufacturing operations by the last quarter of CY2017 as the company is working towards installing the capital equipment at the site. Meanwhile, the team at Tristone Flowtech India is understood to be in discussions with several passenger car makers over their future product pipeline for India.

The company plans to fully localise critical components such as engine cooling surge tanks, engine cooling hoses and air charge hoses – parts that are also important from the perspective of readying appropriate technologies for meeting the upcoming BS VI emission norms by 2020.

“We think there is a good market for engine cooling surge tanks in India. We can provide added value in terms of cost, weight, durability, functionality. We would like to localise this product here alongside the engine cooling hoses and air charge hoses,” said Froelich.

According to Tristone’s CEO, the Chakan plant becomes company’s 10th manufacturing facility across its worldwide operations as it now plans to penetrate into the growing Indian automobile market.

“We are a midsized automotive supplier dedicated to three applications in the passenger car industry. These are fluid engine cooling systems, fluid battery cooling applications and air charge applications. This is our core business, which we are doing with all major OEMs around the world. We were looking to expand our operations and our global customers wanted us to supply them with our high-quality products in India in a fully localised state. We are dedicated to quality and we are known to being a one-digit ppm parts supplier. We have been working in terms of developing our potential suppliers in India over the last 15-20 months. The Indian passenger car industry is growing and is touted to be one of the largest markets in the world, and we wish to be a part of this growth story,” the top company official said.

Tristone Flowtech Group is not new to the Indian market as it had signed a technical assistance agreement with Faridabad-based Bony Polymers in 2012. Under the MoU, both companies were working on common projects as Bony Polymers was licenced to produce engine components including surge tanks and air charge hoses. The agreement between the two companies was later terminated last year as Tristone planned to go solo expanding its local business operations further.

“This was in line with what our customers wanted. They want us to fully localise our products in India. We had a good collaboration with Bony Polymers. We are taking small steps in setting up ourselves in India. Last year we started a small sales and engineering company in Pune. We have now also signed a long-term contract for our plant, which is rented for long term,” revealed Froelich.

According to the CEO, the company’s 2015 turnover stood at 228 million euros, which had its Europe business contributing around 75 percent, NAFTA markets by 15 percent and China with 10 percent.

Interestingly, the company started its operations in China in 2013. The full-scale production, however, began in 2015. “Historically, we are late in entering China. But we would not like to be late in entering India,” clarified Froelich.

The company, which is understood to have been established on the back of a spin-off of the former fluid automotive business unit of Trelleborg AB in July 2010, supplies parts to Volkswagen, BMW, Daimler, Suzuki, Fiat Chrysler, Volvo-Geely, PSA, Ford Motor Company, General Motors, Renault-Nissan and several other OEMs along with prominent tier one suppliers including Magna, Bosch and others globally.

Interview: Guenter Froelich, president & CEO of the Tristone Flowtech Group on setting up its first plant in India and localisation