Several projects have been kicked off in Maharashtra which also includes inter-state connectivity with Karnataka and Goa. 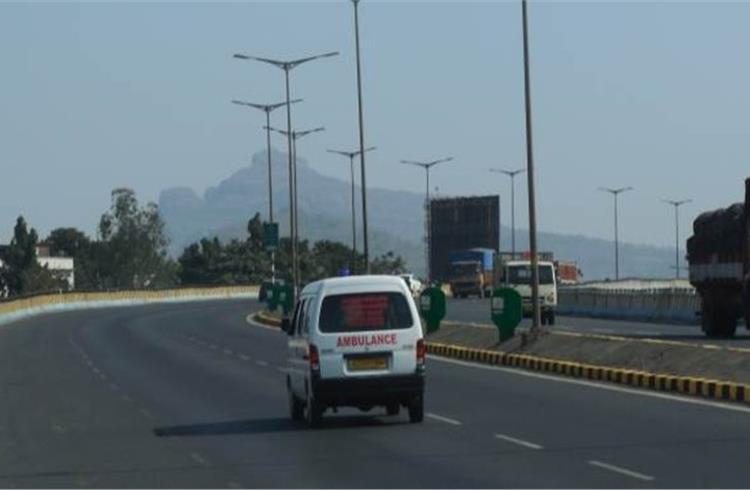 India’s minister of roads and highways, Nitin Gadkari recently inaugurated and laid the foundation stone of 46 National Highway (NH) projects in Karnataka with an investment of ₹19,930 crore, of which  ₹3,972 crore will be utilised to improve the inter-state road connectivity from Karnataka to Maharashtra and Goa.

"My ministry and my team is working hard, and even during COVID-19 pandemic time, our (highway) construction rate was 38 km per day and my ambition is to take it up to 60 km per day.” Gadkari said. He said these projects will decrease traffic jams and fuel consumption, make commuting faster and improve port connectivity in the region.

Also on the anvil is an access controlled expressway to Aurangabad from Pune at a cost of Rs 10,000 crore to reduce the travel time over a distance of 225 kms from five hours to 1.15 mins at a max speed of 140 kmph. Under the Bharatmala scheme, Gadkari has inaugurated ten National Highway projects of 292 km worth Rs 8,181 crores in Solapur, and two national highways projects worth Rs 1,791.46 crore in Dhule, Maharashtra.

The minister has also dedicated 86  kms of roads worth Rs 3,216 crore on National Highway 52 that will boost connectivity between Dhule, Aurangabad, Beed, Osmanabad, Solapur.

He has also laid the foundation for sixteen National highways projects worth Rs 2,460 crore in Jalgaon that will give impetus to the economic development of Dhule and Nandurbar districts as well as provide new employment opportunities in the region. As part of improving lives in the state, he plans to further push the Buldana pattern initiated by him in 2016-17 where road infrastructure has improved water availability in the backward areas of Solapur and Marathwada districts.

The Buldhana Pattern is a project where contractors of the National Highways Authority of India (NHAI) are allowed to extract the soil and stones by deepening the lakes and water bodies without paying any royalty. As of now this unique project has changed lives as 73 villages that were facing water scarcity in Solapur district are now in surplus mode.

The NHAI was recently a new Guinness world record by  laying 75 km of bituminous concrete road in a single lane on NH 53 in 105 hours and 33 minutes between Amravati and Akola. The Guinness World Record for the longest continuously laid bituminous road was for building 25.275 km that was achieved in Doha, Qatar in Feb 2019. The task took 10 days to complete.