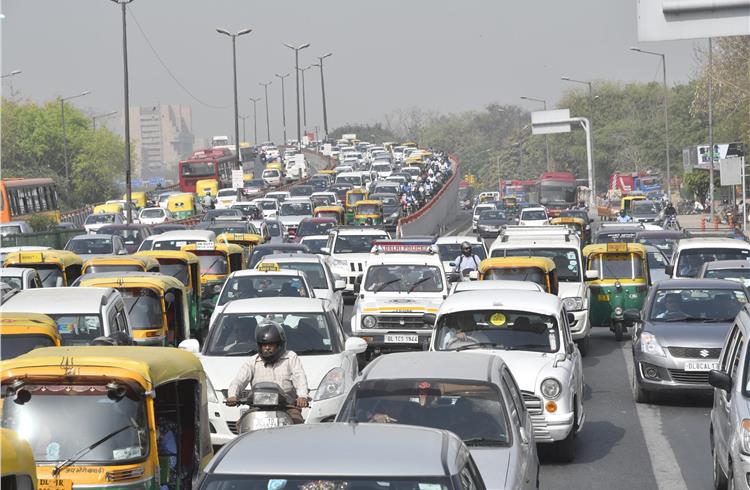 The Federation of Automobile Dealers Associations (FADA) today released the vehicle registration data for the month of March 2019, which saw 1,682,656 vehicles (-8% YoY) sold in the country, However, in comparison to February 2019 there was a growth of 8 percent.

Commenting on the yearly and monthly performance, Ashish Harsharaj Kale, president, FADA said: "I am happy to share that at the retail front, the Indian auto sector has managed to close FY2019 on a positive note. All the segment echoed positivity in March when compared to February sales, with two-wheelers leading the charge with a healthy growth of 10 percent which indicated slight improvement in consumer sentiment and liquidity availability."

For the month of March 2019, while there was a de-growth across categories on a year-on-year basis, the industry showed positive signs on a monthly basis as compared to February 2019.

FADA says it is thankful to OEMs for taking the decision on cutting down production to help the retailers reduce the historic high inventory levels in a tight liquidity situation. The inventory reduction in March, with further reduction expected in April, is said to help dealers to get back to normal inventory levels of 30 days and will form a good base in the new financial year with renewed expectation and positivity.

Liquidity in the market
The federation says liquidity for consumers and dealers remained very tight and operating cost for dealerships were at its peak, owing to the high inventory and selling costs last month. But with the country's central bank, RBI, easing stance and its measures expected to further ease consumer liquidity, FADA expects it to further enhance the benefits in the coming months.

"The dealer community has faced one of the toughest times in dealer liquidity and adequate working capital availability in the last 6 months and in few cases, even threatening the survival of their business. FADA will engage with the newly elected policymakers of our nation after the elections and will be advocating a separate working capital policy for auto retail, which will aid in its continued sustainable growth," said Kale.

Near-term outlook
Commenting further, Kale said, “We at FADA believe that the worst for auto industry is now behind us and expect plateauing of the declining demand and expect sales to stabilise in their current normal range for the next 4-6 weeks till India’s biggest democratic festival 'the elections', conclude and we head towards the onset of the monsoon. FADA would like to mention that the inquiry de-growth has not been as much as actual retail sales de-growth and although the current customer sentiment is negative-to-neutral for purchase decision, consumers’ interest towards automobiles still remains reasonably robust."

The retail body is optimistic on a stable government at the centre, an-above-average or average monsoon and importantly a continued easing in monetary policies by the RBI, resulting in liquidity availability. It believes that these factors will once again begin the positive run for Indian auto retails and expects it to continue into the festive season.

"We believe that inquiry to conversion ratio will improve if positive factors mentioned above start playing out," concluded Kale.