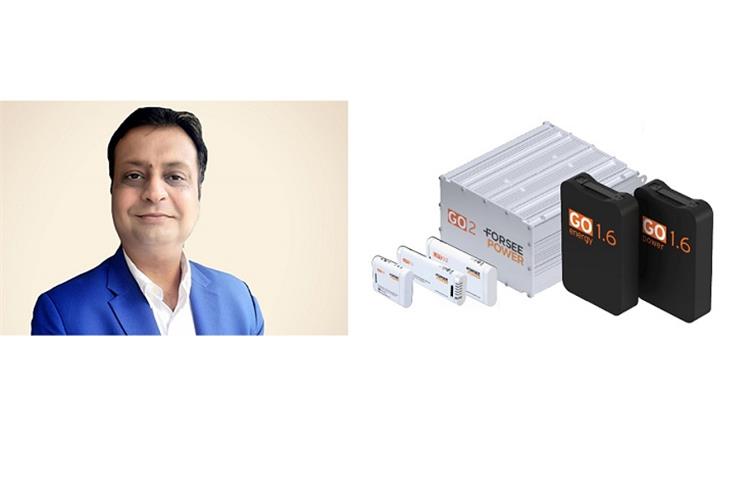 Forsee Power designs, assembles and supplies energy management systems. Among its investors, the firm counts Japan’s Mitsui & Co, bpifrance (Banque publique d'investissement) a French investment bank and Groupe Dassault among others. The Group says it is establishing presence in India to support the growing electromobility needs in the country, which is accelerated by the FAME 2 policy that encourages electrification of vehicles.

Durga Akhnoor will manage Forsee Power’s entity in India and will oversee sales, manufacturing of battery systems out of the company’s factory in Pune as well as integration at the customers’ and after-sales services.

To quickly establish a presence in the Indian market, Forsee Power has signed a partnership with a local key player, to carry out production in the first place. The company plans to deliver over 1,000 batteries for two-wheelers by end-2020. Forsee Power India will be fully operational by March 2021 and will provide local production out of Pune, sales, integration, and after-sales services.

Forsee Power says it will first focus on the two- and three-wheeler market in India, which will then later be extended to other mobility segments such as the bus, off-highway vehicles, and the marine vessels to contribute to sustainable mobility in the country.

Akhnoor will be responsible for building a local team and ensuring the development of the new factory in Pune. He will also be responsible for fostering relationships with Indian vehicle manufacturers, ensure the production of Forsee Power battery systems according to the highest quality and safety standards, provide a high level of customer service, and hire the right talents to support the Group’s ambitions in India.

Commenting on his new responsibility, Durga Akhnoor said, “I’m very excited to be joining Forsee Power India at this important stage of the company’s development and settlement in India. The opportunities to electrify mobility in the country are huge and offer a very promising future for Forsee Power to equip light- and heavy-vehicles with its smart battery systems. I look forward to hiring a strong local team and ramping up local production capacity, focusing on operational excellence.”

Akhnoor holds a Master’s Degree in Industrial Engineering from Wayne State University, Michigan, USA and has an extensive experience of 20 years in the automotive industry in India and in the United States. He has successfully led plant operations, business development and program management for Tier 1 suppliers in the automotive sector such as AxleTech, Meritor and Valeo and has developed expertise in greenfield manufacturing setup.