The recall is due to emission-related issues and will be carried out free of cost. 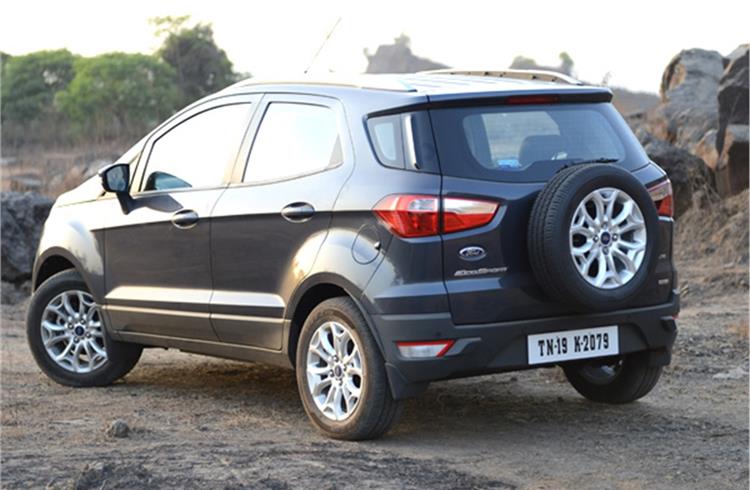 American carmaker Ford may have wrapped up its operations in India but, as assured, the brand continues to offer service, parts and warranty support. Ford has now issued a recall for select BS6 diesel models of  the EcoSport, Figo, Aspire and Freestyle over issues with emission norms compliance.

Ford has cited issues with compliance to emission norms and efficiency of the diesel particulate filter (DPF) as the reason for the recall. Ford has also listed ‘oil life related issues’, which could require corrective measure.

The upgrade will be carried out free of cost on all vehicles and owners of the affected vehicles will be contacted directly by Ford via mail or call. Customers themselves can also check if their vehicle has been affected by entering the 17-digit VIN number of their vehicle here. Affected owners must fix an appointment with their nearest service centre at the earliest.

All four models affected by the recall were powered by the same 100hp, 215Nm, 1.5-litre diesel engine. In FY2022, Ford India recalled a total of 41,699 units, the biggest of them being the 31,818 units comprising the 1.5-litre diesel-engined EcoSport, Figo and Figo Aspire models. The issue was that some vehicles, after a certain period of in-use, could emit higher emissions from the exhaust tailpipe when tested during in-service test as per BS VI test procedures.

Ford recently ended all manufacturing operations in India. On July 20, Ford rolled out the last made-in-India EcoSport from its Maraimalai Nagar plant for export, thus ending its stint of manufacturing cars and SUVs in India. The brand had said that it will focus on bringing its fully-imported models to India in the future, but there hasn’t been any update on that front yet.

Ford had confirmed to Autocar India last year that it would retain 90 percent of its service network, which means reaching out to a service centre will not be an issue for customers.