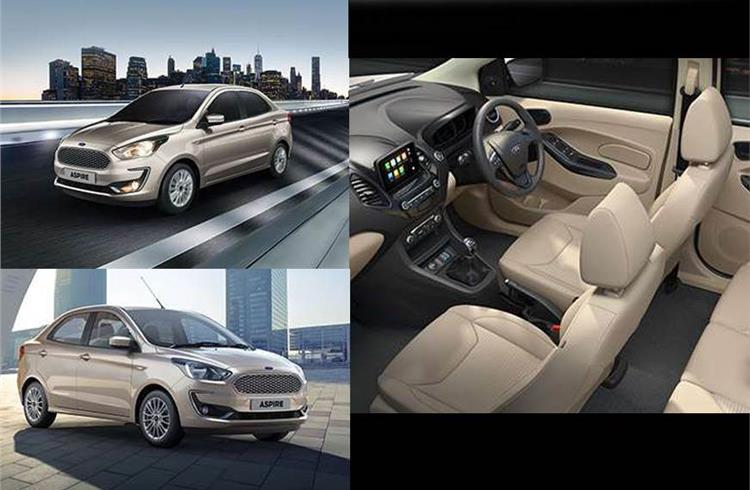 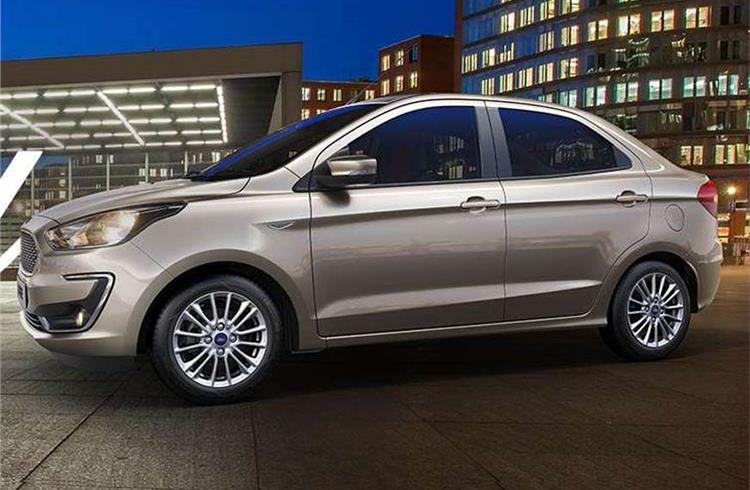 Ahead of its launch on October 4, bookings for the Ford Aspire facelift are now officially open, with the booking amount being set at Rs 11,000.

The cabin of the refreshed Ford Aspire gets the Freestyle’s new dashboard along with a 6.5-inch touchscreen display with Ford’s Sync 3 infotainment system, which is expected to feature Apple CarPlay and Android Auto compatibility. Ford has equipped the new Aspire with push-button start, two USB ports at the front, steering-mounted audio controls and an automatic climate control system. However, rear AC vents seem to have been given a miss. In terms of safety kit, the top-spec Titanium+ trim will likely get six airbags and ABS with EBD.

The new model will be powered by the new 96hp, 1.2-litre, three-cylinder petrol engine, which made its debut on the Freestyle. The motor will be mated to a 5-speed manual gearbox (again, from the Freestyle), but Ford could replace the current 6-speed dual-clutch automatic transmission with a more cost-effective torque converter unit. The 100hp, 1.5-litre diesel engine will continue unchanged. A diesel-automatic combination is not expected to be offered on the Aspire facelift at launch.