Ford to re-evaluate its strategy and business model for India 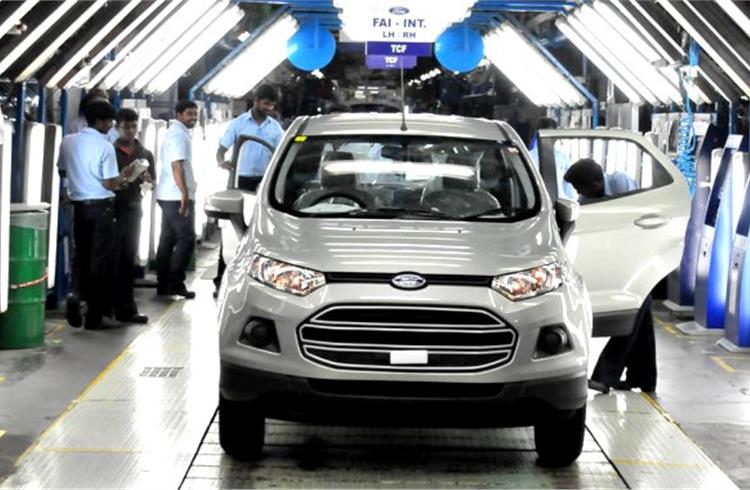 Ford Motor Co is understood to be taking a serious re-look at its India business. Over the years, Ford India has underperformed in the domestic market while the company’s export game-plan, to make India an export hub, could have seen far greater success than it has at present.

Tomorrow (November 8), Ford Motor Co is to make a “significant and exciting global announcement, representing a major stride in our commitment to India, innovation, and One Ford.”  The importance of the announcement can be gauged from the fact that William Clay Ford (Jr), executive chairman, Ford Motor Company, will be present along with senior members of Ford’s leadership team in Chennai.

A clue to Ford’s realignment about its India operations lies in the presentation made at the Ford Investor Day in Dearborn on September 15, 2016. Among other highlights, the presentation says, “Ford is taking a new look at how to lead in select emerging markets. The company sees Russia and South America positioned for recovery, ASEAN remaining profitable and a path to profitable growth in Middle East and Africa. As it pushes for a path to profitability in all emerging markets, Ford is re-evaluating its strategy and business model for India.”

According to Ford president and CEO Mark Fields, who is quoted in the presentation, “During the past six months, we’ve been focused as a leadership team on building Ford’s expanded business model – with a more clearly defined vision, strategy and roadmap on how to deliver success. We’ve been making important decisions and have agreed on three key principles to guide future capital allocation: where to play, where not to play and how to win.” 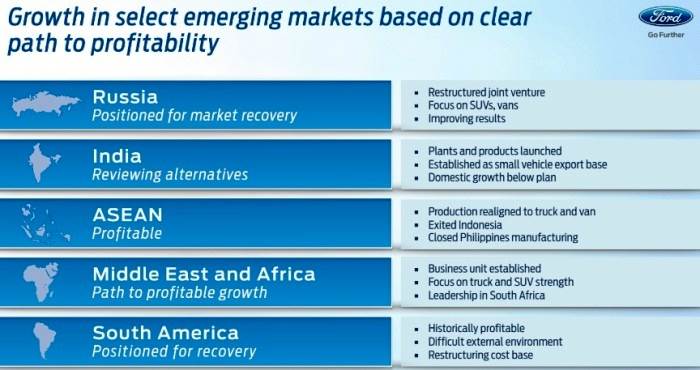 At present, Ford India manufactures the EcoSport and Endeavour SUVs, the Figo hatchback and Figo Aspire sedan. More recently, it has introduced the Mustang as a halo CBU product. In the current fiscal’s April-September 2016 period, the company has sold a total of 46,422 units (+33.75%) and exported 73,821 units (+32.25%). Ford India currently has a 3.11 percent market share in the domestic passenger vehicle market.

The company’s future global growth plan will see it fortify its core business, building on leadership in trucks, vans, commercial and performance vehicles, growing utility vehicles and transforming underperforming areas, including luxury, small vehicles and emerging markets. At the same time, it is investing in emerging opportunities, driving for leadership in electrification, autonomy and mobility. 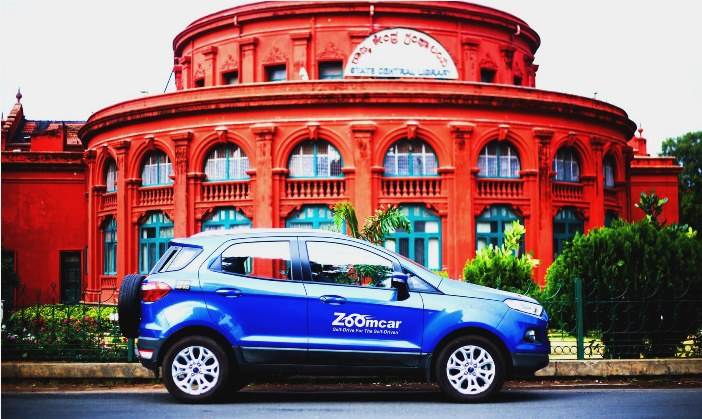 The ‘One Ford’ policy, under which the same basic models are sold in all regions around the world, “has peaked,” according to the company’s global design chief, Moray Callum. While the 'One Ford' policy isn't being abandoned, future models will be tailored to suit the region they will be sold in.

Speaking to our sister publication Autocar UK, Callum said the approach isn’t being abandoned, but new models will be “more tailored to each region”. Of the policy, introduced by previous Ford boss Alan Mulally, Callum said: “It was the right approach at the time.”

'One Ford' prompted the development of the Mustang as a global model, the launch of the Fiesta in the US and the arrival of the Brazilian EcoSport crossover in Europe, as well as the disposal of the Aston Martin, Jaguar, Land Rover, Volvo and part-owned Mazda brands from Ford’s portfolio. The 'One Ford' strategy was also partly responsible in helping Ford regain its financial health, following the 2008 financial crisis.

- Ford to make Chennai its global innovation and development hotbed