Tata Motors' upcoming SUV is being built on a completely new assembly line that adopts best manufacturing practices from Jaguar Land Rover. Currently has 90 percent automation levels with over 100 KUKA and ABB robots. 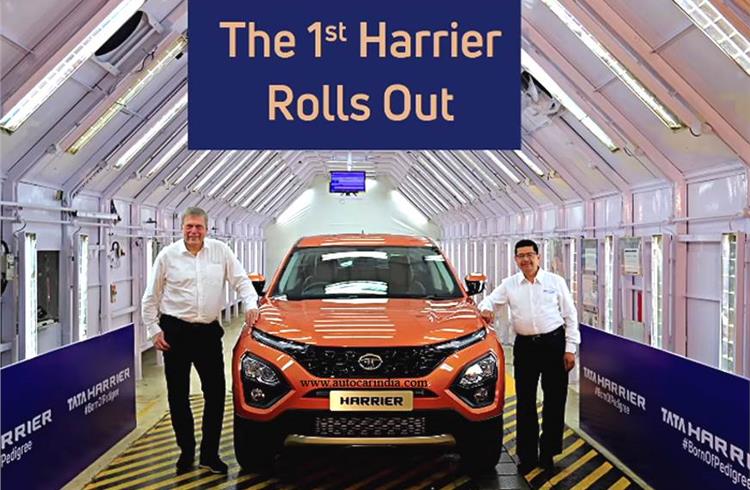 Revealing its much-awaited SUV in full for the first time, Tata Motors has put out footage of the very first Harrier rolling out of its Pune plant.

The new video, which shows the Harrier’s face and rear profile, also mentions how the brand-new, world-class assembly line for it was set up at the carmaker’s Pune plant in just six months. It adopts the best manufacturing practices from Jaguar Land Rover and boasts 90 percent automation levels with over 100 KUKA and ABB robots.

As the launch of the Tata Harrier nears, Autocar India found out from a  dealer communication document that on-road prices for the Harrier will be in the range of Rs 16-21 lakh. Meanwhile, Tata Motors has officially begun accepting bookings for the Harrier. The booking amount is set at Rs 30,000, and prospective buyers can even book the SUV online.

Market launch and the price announcement for the Harrier are likely to take place in early January, with deliveries expected to commence in the second half of the same month.

According to Mayank Pareek, president, Passenger Vehicle Business Unit, Tata Motors -“We have been receiving a tremendous response from customers ever since we opened bookings of the Harrier, a fortnight ago. With the all-new assembly line ready and the rollout of the first Harrier, we are now gearing up to start deliveries in early 2019. The Harrier, with its stunning design will definitely appeal to customers, especially those who have eagerly waited for the product since its showcase as the H5X concept at the Auto Expo 2018. We are confident that the Harrier will set new benchmarks in the SUV segment, in 2019.”

Harrier undergoes comprehensive testing
Tata Motors has been dropping several teasers in the build-up to the launch and has said the SUV has been tested for 2.2 million kilometres on the toughest of terrain, and its engine has been christened ‘Kryotec’. The company says the name is inspired from the cryogenic rocket engine, known for its ‘power and reliability’.

There’s no official word on exact engine displacement or power and torque figures, but as is widely known, the engine is derived from Fiat’s four-cylinder Multijet 2.0 diesel unit that powers the Jeep Compass and is expected to make around 140hp in the Harrier.

Tata Motors has also previously confirmed the Harrier will come with multiple drive modes that will work in conjunction with ‘Terrain Response Modes of the ESP’.  A seven-seat variant will follow, powered by a more potent 170hp version of the same motor. For the Harrier, there will be two gearbox options – a 6-speed manual and a Hyundai-sourced 6-speed automatic. 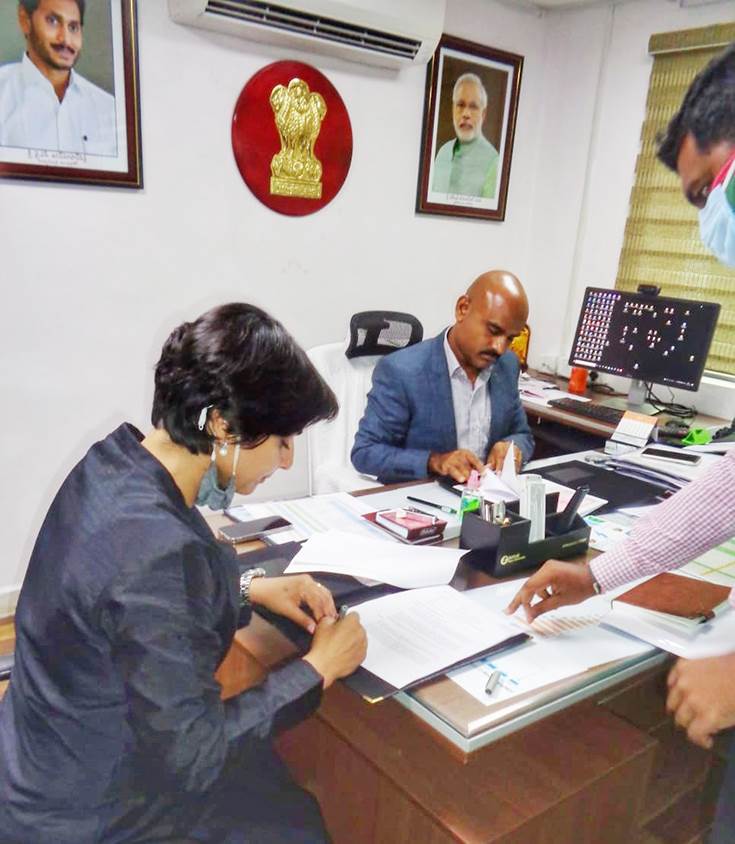 The Harrier will get premium interiors and features like push-button start, steering-mounted controls and the large (possibly 7.0-inch) touchscreen infotainment system.

The Tata Harrier will take on a range of SUVs like the Hyundai Creta, Mahindra XUV500, Renault Captur and the upcoming Nissan Kicks in the Indian market.