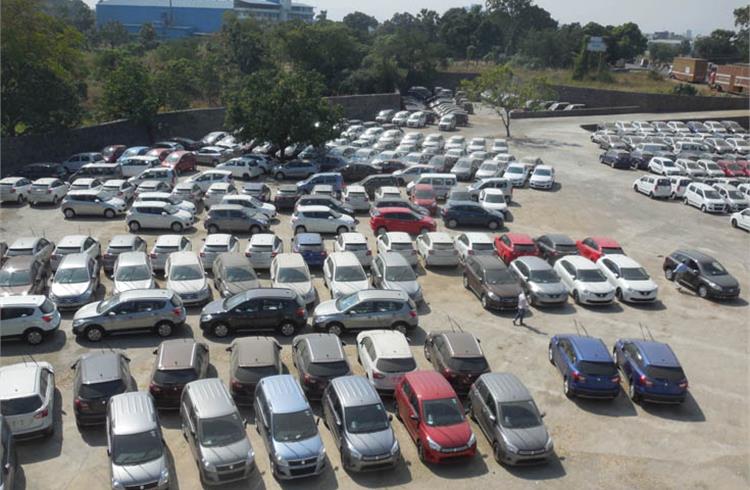 The slowdown in vehicle sales over the past couple of months, particularly for passenger vehicles and two-wheelers, has got India Auto Inc worried. Changing market and consumer dynamics, the advent of shared mobility, high fuel prices and bank interest rates as well as insurance premium are impacting sales.

While captains of industry have already said that given the current trend, India could be looking at single-digit growth in FY2019, now the Federation of Automobile Dealers Associations (FADA) has voiced its concern over the dampened festive season and the de-growth which the Indian automobile Industry is currently staring at.

PV sales down by 14%, 2Ws by 13% in festive season
The apex dealer body today released sales trends, based on vehicle registration figures from Navratri to 15 days after Dhanteras due to the time lag of 10-12 days between delivery and registration, for the first time. This data, collated from its members and other sources, indicates vehicle registration trends during the festive season and covers almost 80 percent of the country.

The study data reveals that during the 42-day festive period and on YoY basis, total vehicle registrations fell by 11%, two-wheelers fell by 13 percent and PVs were down by 14%. However, three-wheelers and CV sales bucked the trend and grew by 10 percent and 16 percent respectively.

Here’s the big worry: Inventory levels before the festivals began were at around 60 days and 50 days for two-wheelers and PVs respectively; this came down to around 50 and 45-days after the festive season and remains higher than normal at present.

Commenting on the Navratri and Diwali festival sales, FADA president Ashish Harsharaj Kale said, “We have not seen such a dull festive season in the past few years. Many negative factors came into play during this season, which weakened consumer sentiment and postponed their purchase decision. It is a matter of deep concern for our dealership community. Higher de-growth was seen in the Navratri and Dussehra festivals, especially in the two-wheeler and passenger vehicle segments. With fuel prices starting their downward trend in end-October, the Diwali season saw a sales pptick, especially in 2Ws, but overall, we have seen unusual de-growth during the combined festive period, both in 2Ws and PVs. Dealer inventory levels in both these segments have risen substantially as a result of this and is a matter of great concern. Commercial vehicle sales, which have been growing at a very good rate, still remained positive in their sales growth but some demand softening could be seen in CVs too as the growth percentage has come down during this period.”

Kale further added, “The ongoing NBFC liquidity issue also is a concern for all vehicle segments. We have seen a cautious approach from NBFCs to the 2W and CV segments during and after Diwali season. FADA hopes that with the recent liquidity measures taken by the RBI and the government, auto NBFCs and banks would be better placed to continue their strong support to auto retails, which contributed majorly for the industry to grow at a healthy rate from April-September. We request the government and the RBI for further ease of liquidity for auto NBFCs, as they are one of the key growth drivers in auto retail and are also operating in a less riskier business environment than infra and housing NBFCs due to the short repayment cycle of auto loans and the mobility of the assets.”

Concluding on a positive note, the FADA president said, “We remain hopeful of recovery as overall inquiries during the festive period were robust, and postponement of purchase was the main reason for muted sales. With positive policy measures, the possibility of consumer sentiment turning positive is quite strong as the agriculture produce is now coming to the markets, fuel prices are coming down substantially and infrastructure growth is still going strong as well as positive liquidity measures are being taken.”