Exclusive: Bajaj Auto to bring Husqvarna brand to India in 2019, EVs before 2020

Speaking at the company AGM in Pune today, MD Rajiv Bajaj reveals an aggressive growth strategy that banks on new products, Husqvarna motorcycles and a leap into EV territory. 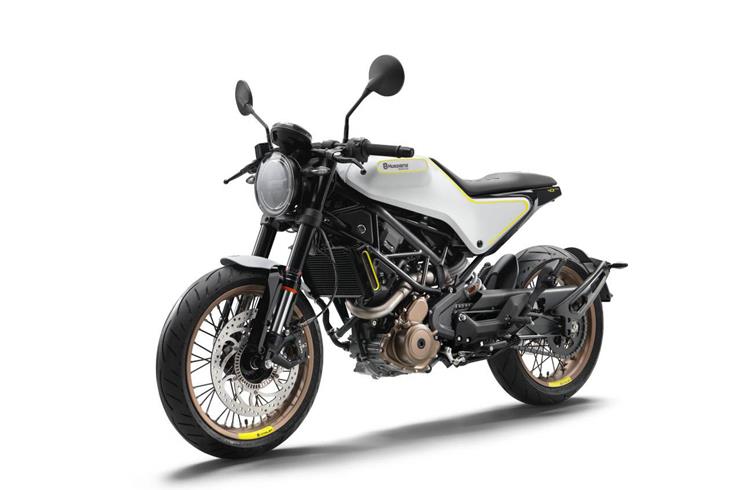 Rajiv Bajaj, managing director, Bajaj Auto, has hinted at an aggressive go-to-market strategy that the company plans to take up to further fuel growth in the domestic market.

At the annual general meeting (AGM) held in Pune today, the top boss of Bajaj Auto announced that the company is eyeing growth of 50 percent in the domestic motorcycle market in H2 FY2019, will officially introduce the Husqvarna brand in India next year (FY2019-20) and also plans to launch electric vehicles (EVs) including electric two-wheeler(s) before the BS VI implementation deadline of April 1, 2020.

Bajaj also hinted that the company would announce new developments under its alliance with the UK’s Triumph Motorcycles in a few weeks from now.

According to a few market analysts, Bajaj Auto has had a good run in the domestic as well as the export markets in Q1 FY2019, which has provided decent cushion to the company to offer substantial discounts on its motorcycle portfolio to boost sales (and its share) in the domestic market.

“Rajiv Bajaj’s statements at today’s AGM clearly suggest that the company is gearing up to further add more market share in the coming months. They want to aggressively focus on the commuter segment and are willing to grow their market share via new products, new brands, new marketing campaigns and discounts. This would obviously put the company’s competitors under severe price pressure as the margins on the entry-level motorcycles are very modest,” revealed a market analyst who tracks Bajaj Auto regularly and was present at the company AGM today in Pune.

Clearing the air on many speculations, Rajiv Bajaj’s statements today have finally confirmed that the Husqvarna brand (via Vitpilen 401 and Svartpilen 401 – both use KTM 390 Duke’s engine) will ride into the domestic market next year and that the company is working on electric two-wheelers, likely an electric scooter to mark its return to the rapidly growing segment before April 2020, if all goes by the plan.

It can be recalled that Autocar Professional had already broken the news about Bajaj Auto developing electric three-wheelers earlier. It is understood that the company aims to bank upon the learnings and the synergies via its investments in electric vehicle technologies, a foreign tech domain unknown to most of the Indian automakers.

Bajaj Auto on a roll
The company released its first quarterly results earlier today. The Q1 FY2019 results marked its highest ever standalone volumes at 1,226,641 units (up 38 percent YoY), highest ever turnover of Rs 7,824 crore (up 33 percent YoY) and highest ever profit before tax (PBT) of Rs 1,616 crore (up 25 percent YoY).

“The company, which has sold more than a million motorcycles already (in Q1 FY19), has given a guidance of (is targeting total sales) of about 4.8 million units in this fiscal (including exports),” says a market analyst on the condition of anonymity.

In the official communication released earlier today, the company has said that its share in the domestic motorcycle market has increased to 16.3 percent in Q1 FY19 from 14 percent in Q1 FY18. The CT100 and the Platina brand of motorcycles have fetched sales of more than 190,000 units (up about 76 percent YoY) and 104,000 units (up about 35 percent YoY) respectively during the Q1 of this fiscal. The company has reportedly registered a substantial growth of 74 percent YoY in the entry-level segment (100cc-125cc commuters) in the Q1 this fiscal.

Bajaj Auto’s largest selling motorcycle brand – Pulsar – has also grown impressively during the period. According to the company, Pulsar, along with the Avenger brand, has sold more than 223,000 units thereby recording a growth of 47 percent YoY. Its share in this segment (150cc – 220cc) stood around 38 percent in Q1 FY2019.

On the export front, the company has recorded its highest ever quarterly exports of about 538,000 units in Q1 FY2019. This again marks a good growth of 31 percent YoY for the company. It says that the export growth can be attributed to growth in demand for bikes and three-wheelers across the new and matured markets.