At 2pm today, Delhi chief minister Arvind Kejriwal was seen on a television channel saying that he has been “overwhelmed by the response of Delhi’s people." 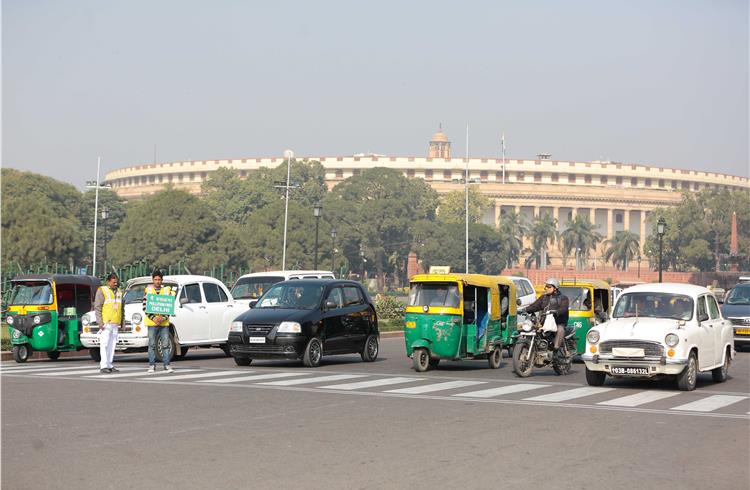 As 2016 opened to foggy skies in New Delhi, residents of the capital city have begun adhering to the implementation of the state government’s scheme of odd-even plying of cars from January 1-15. The scheme, aimed at cutting down the number of cars in the world’s most polluted city, restricts the use of cars bearing odd numbers to odd numbers dates and even-numbered cars on even dates. During this period, the rule will be in force from 8am to 8pm on all days, except Sundays.

At 2pm today, the Delhi chief minister Arvind Kejriwal was seen on a television channel saying that he has been “overwhelmed by the response of Delhi’s people. They are doing this from their hearts and with an open mind.” He also told the Hindustan Times that “Delhiites have given me hope.” However, he was quoted as saying that the odd-even scheme will run only for the first fortnight of January after which it will be reviewed.

While traffic has been sparse today, being the first day of the new year, the real impact will be seen on January 4, the first working day of 2016. TV channels have been showing constant updates on the situation in the capital with some commuters praising the move, saying it will help bring down the high level of air pollution in the Delhi-NCR region. However, there is another school of thought which says that while old polluting vehicles will continue plying, brand new vehicles with BC IV emission standards will remain unused for 7 days in the first fortnight of the odd-even scheme.

Also, some have questioned the logic of exempting two-wheelers from the scheme, which also exempts women-only vehicles, CNG, hybrid and electric vehicles.

RECOMMENDED READING: It's not just Delhi, most Indian cities have polluted air

RECOMMENDED VIEWING: Find out the live air quality of your city