India can roughly save around 1.6 percent of GDP by adopting bicycles over two-wheelers and three-wheelers for short distance travels. 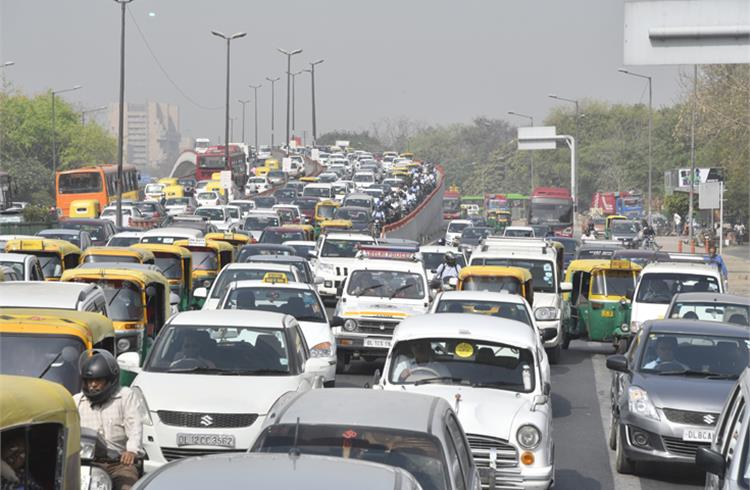 According to a study conducted by TERI (The Energy & Resource Institute) backed by All India Cycle Manufacturers’ Association, India can save a whopping Rs 1.8 trillion annually from reduced fuel costs, travel time savings as well as health benefits from reduced air pollution levels and increased physical activity if cycles replace use of two and four wheelers for short distance trips. This figure accounts for 1.6 percent of India’s GDP for 2015-16.

For marginal unskilled workers who walk to work every day, a 50% substitution of walking trips above the average distance of 3.5 km can result in travel time savings worth Rs 112 billion. Also, substituting half of short-distance motorized trips by cycling can save India more than 0.35 million tonnes in fuel annually while resulting in CO2 emission reduction of around 1 million tonnes.

Pankaj M Munjal, president of All India Cycle Manufacturers' association and chairman and MD of Hero Cycles said, “Rs 1.8 trillion in direct benefit savings is a huge figure -- greater than India’s entire public expenditure on healthcare. This is the first time in India that an elaborate study has tried to derive empirical evidence of the economic benefits of increasing usage of cycling. Despite its many benefits, India is witnessing a very slow growth in bicycle ownership. Specifically in cities short-distance trips which can be undertaken by bicycles are now being made by cars and two-wheelers instead. We need dedicated measures to promote widespread use of bicycles including micro-financing options, reducing GST rates on cycles to 5% from the current 12% as well as construction of adequate and safe cycling infrastructure.”

The TERI report states, “Cycling provides inherent, incredible, and indefinite benefits in the form of zero dependence on energy sources, zero pollution, and improved health. Additionally, bicycles can provide critical support to urban and rural poor for seeking livelihood, education, and so on. While all this is common knowledge, our study has tried to quantify these benefits. Apart from better and safe cycling infrastructure, we also need to dispel the notion that bicycle is a poor man’s mode of transport. Measures to reduce the use of private vehicles such as congestion and parking pricing and awareness campaigns will also help turn people away from motorized transport.”

Bicycles in India are increasingly being used by only captive users, who do not have access to any other form of mobility. In the period between 2001 and 2011, the share of bicycle-owning households has only increased by 1 percent in India. The corresponding share in rural areas has increased by 3.4 percent, whereas in urban areas it has declined by 4.1 percent. Rising income levels, absence of safe cycling infrastructure, and increased affordability of motorised vehicles (especially two-wheelers) are major factors that have led to a decline in the share of bicycles.

It is observed that more than 50 percent of the people in India use non-motorised forms of transport, such as walking and cycling, to travel to work followed by two-wheelers (18%) and buses (16%). In urban and rural India, on-foot trips account for the highest share of work trips with the share being 12 percent higher in rural areas. In rural areas, for meeting the daily travel requirements, workers are most dependent on cycling after walking. However, in urban areas, after walking, workers are most dependent on two-wheelers. Increasing motorisation in urban areas has given rise to many negative externalities such as dependence on fossil fuels, GHG emissions, congestion, pollution and the associated health impacts.

In many developed countries such studies have been conducted for judicious appraisal and informed decision-making and have even resulted in the creation of national cycling plans/strategies/laws and separate funds. This study in the Indian context is a step forward in that direction.