The government's infrastructure push is expected to boost sales 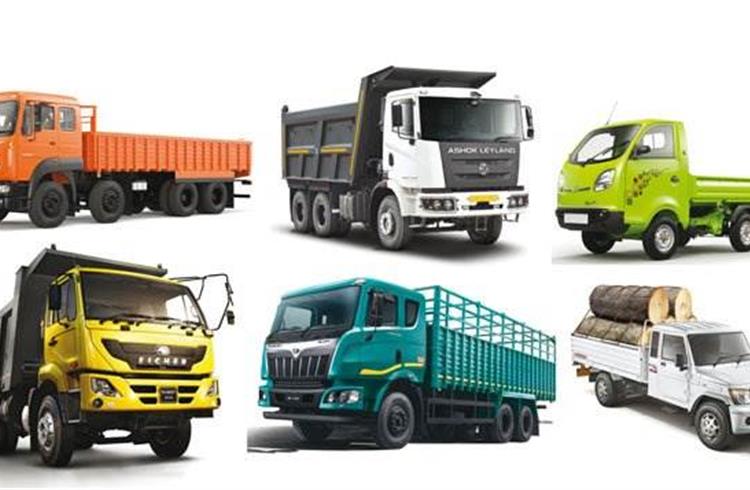 India’s commercial vehicle segment is seeing gradual pick-up in demand, thanks to improved sentiments, severity of Omicron declining and replacement cycles kicking-in. The sales numbers for January 2022 seem to suggest this.

For the month, overall sales CV wholesales came at 70,051 units, which was 13 percent higher YoY and 10 percent higher compared to December 2021. With the Budget 2022 proposing massive investments in infrastructure project, the industry would hope to see an accelerated demand.

In terms of company-wise sales, Tata Motors reported wholesales of 31,708 units an uptick of 3 percent YoY, compared to 31,008 units in December 2021. The company saw growth in all segments except for the SCV cargo and pickup segment, which was down 3 percent.

Mahindra & Mahindra reported sales of 21,111 units a growth of 58 percent albeit a low-year-ago base. The company saw positive sales momentum in all segments. Veejay Nakra, CEO – Automotive Division, Mahindra & Mahindra said, “We continued our growth trajectory with an overall growth of 20% in January 2022. Our Commercial Vehicles registered growth across all segments and ended the month with an overall impressive growth of 58%. We launched the ‘Highest Mileage or Give Truck Back’ guarantee on our entire HCV, ICV & LCV truck range, which has received a very positive response from the market.”

For Ashok Leyland overall sales were in red, except for the M&HCV truck segment which grew by 4 percent. The company reported overall sales of 12,709 units compared to 12,809 units for the same period last year. The company has just launched a 7 tonne tipper. 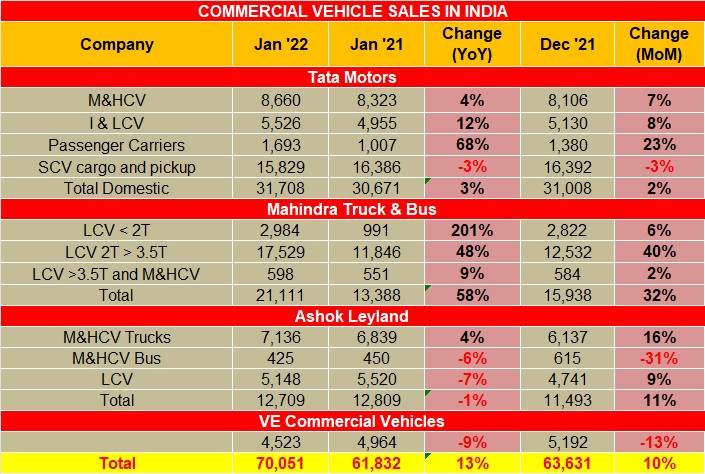