Tata Motors, Ashok Leyland, Mahindra Trucks & Buses and VECV have all recorded double-digit growth, with demand growing for the critical, high-margin M&HCV segment which augurs well for the future. 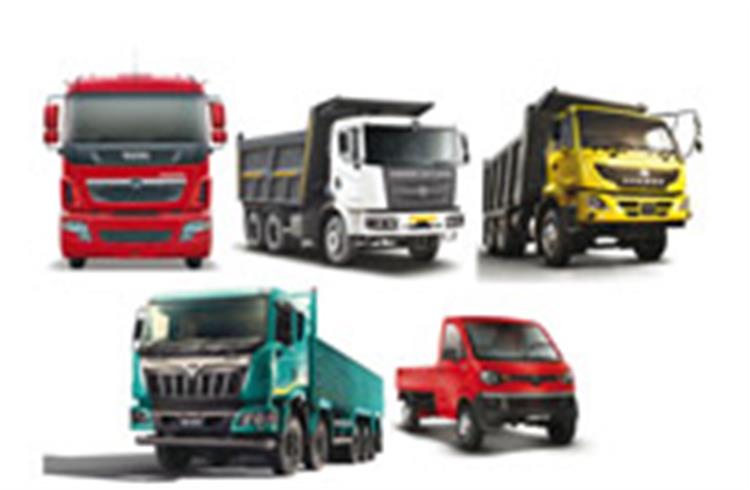 Riding on their strong performance in April and May 2018, the commercial vehicle (CV) is now steadfastly positioned in growth lane and now looking to go pedal to the metal. Importantly, sales of both the medium and heavy commercial vehicles (M&HCVs) and light commercial vehicles (LCVs) are taking off, driven by the uptick in the economy, boost in e-retailing and the government spend on infrastructure across the country.

As per the sales numbers announced by leading OEMs like Tata Motors, Ashok Leyland, Mahindra Trucks & Buses and VE Commercial Vehicles, it is amply clear that the overall robust sales are here to stay. While it may be argued that the June sales growth is on a low year-ago base due to the shift to BS IV a year ago, the fact of the matter is that the CV sector has been witnessing month on month growth for over six months now.

The company claims that growth last year plummeted due to the pre-buying and limited supply from the BS IV transition. This year, as a result of improved industrial activity, robust demand in private consumption and the government’s spending on infrastructure, the company is making the most of demand.  Overall, Tata sold sold 11,524 M&HCVs (+50%), 4,485 I&LCVs (+69%), 16,857 SCVs (cargo and pickups) (+53%) and 5,732 buses (+33%).

Commenting on the robust CV sales performance, Girish Wagh, president, Commercial Vehicle Business Unit, Tata Motors said, “We are pleased to end the first quarter of FY2019 with robust growth in our sales performance, crossing the 100,000 sales mark with 71 percent growth. In June 2018, our commercial vehicles domestic business reported an increase of 50 percent on the back of the economy continuing to show an uptick due to the improved industrial activity, robust private consumption and government spending on infrastructure.”

“The M&HCV segment performed strongly, recording a 50 percent growth boosted by the government’s focus on infrastructure development, road construction, building of irrigation facilities and affordable housing projects across the country. New product launches, continuing growth of the e-commerce sector and increased rural consumption have resulted in robust growth of 69 percent in the ILCV segment. The SCV cargo and pickup segment reported a significant growth of 53 percent on the account of growth in e-Commerce sector and increasing demand for last mile connectivity. The CV Passenger carrier segment grew by 33 percent led by the robust demand for school buses and ambulances. The recently launched new products like the Tata Ultra ILCV range of trucks and Tata Ace Gold are gaining significant acceptance and contributing to the volume growth.’’

Commenting on the June sales performance, Rajan Wadhera, president, Automotive Sector, Mahindra & Mahindra said, “We are happy to have garnered an overall growth of 26 percent for June. This growth is driven by both our commercial and personal vehicles portfolio. We hope that macro conditions such as fuel prices, interest rates and raw material prices remain at satisfactory levels to enable us and the auto industry to grow in the coming months.”

VECV bullish on new products
VE Commercial Vehicles (VECV) saw sales of 5,496 units last month, a growth of 62.5 percent. For the April-June period, Eicher-branded trucks and buses have clocked sales of 14,145 units, a growth of 43 percent. The company recently launched two new heavy duty products the Eicher Pro 6049 and Eicher Pro 6041 – in the 49-tonne and the 41-tonne category.  The company now aims to increase its sales and is optimistic on the growth in infrastructure development, the imposing of overloading regulations and boom in the e-commerce segment.

At the recent launch of the new products, Vinod Aggarwal, MD and CEO, VE Commercial Vehicles, had said, “The commercial vehicle industry in India is very dynamic and going through a lot of transformation with migration to more productive and higher tonnage trucks. With the implementation of GST and better road infrastructure, this migration is only going to become more pronounced.”

In fact, Aggarwal revealed that capacity utilisation at Pithampur plant was nearing its peak and the company is awaiting board approval for investing in a new manufacturing unit. The company is looking to invest up to Rs 600 crore depending on the conditions and requirement, which will see the company set up a new unit with an announcement expected in the next two months and additionally towards upgradation for BS VI engines.

As the company already manufactures Euro 6-compliant engines, the transition towards BS VI will be easier. In fact, Aggarwal said that the introduction of new safety norms, BS VI, and other factors will drive demand for manufacturers who offer premium-products and thus will translate into improved sales.