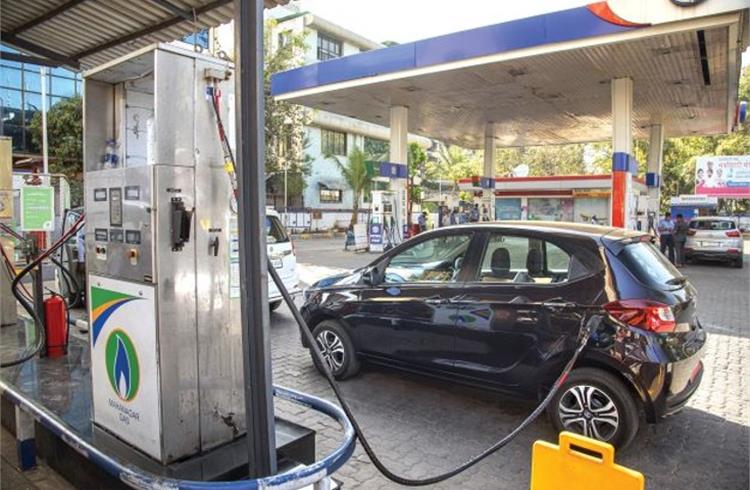 Sales of CNG-powered cars in India’s automotive sector accounted for 8.6 percent of total sales in FY22 as against 6.3 percent in the previous fiscal, according to data put out by the Society of Indian Automobile Manufacturers.

Sales were driven by a lower total cost of ownership that this fuel offers, and the skyrocketing prices of diesel and petrol contributed to this increase.

Maruti currently dominates the market for CNG but in FY22, Tata Motors threw its hat into the CNG ring with two offerings, the Tiago and Tigor that have seen good demand in the last quarter of the fiscal. Tata joined Maruti and Hyundai which have a slew of CNG offerings with the former having options on nine of its brands and Hyundai, four.

Carmakers are betting on CNG in a big way as it gives owners a more affordable driving option, and studies that OEMs have conducted indicate that CNG is no longer seen as a fuel associated with the taxi and tour segment. Carmakers have also gone all out to offer some of the best features in their CNG offerings in order to woo potential buyers. CNG offerings are now up with top-end offerings in petrol. Maruti has said it will offer CNG options for cars sold under its premium Nexa retail, and most recently offered the refreshed Ertiga with a CNG option on three variants.

According to SIAM, the overall share of petrol sales in the auto segment fell to 71.3 percent in FY22 from 76.3 percent in the previous fiscal. Diesel rose to 19 percent, up two percentage points from FY21. Electric went up from 0.2 percent to 0.7 percent which in numbers trebled to 21,000-and-odd units from close to 6,000 units in FY21.

CV segment
In the commercial vehicle segment, CNG powered vehicles were at 68740 units as against 25,350 units. In terms of market percentage, CNG accounted for 9.59 percent of sales as against 4.46 percent in the year earlier period.

In the LCV segment, sales of CNG made significant inroads with 128,238 units sold accounting for 49 percent of LCV sales. In FY21, 48,407 units were sold accounting for a share of 22 percent. Passenger carriers accounted for 57.5 percent of CNG sales as against 30.4 percent in FY21. Apart from two-wheelers, this is the segment that is expected to see increased adoption of electric, and many a startup are focused on offering electric to this segment.

Three-wheelers play a key role in passenger transportation as well as in catering to the school-going segment which saw a beating of sorts as educational institutions shut for most the last year, due to covid-induced lockdowns and curfews. With schools opening up, this segment of CNG may see a further rise as owners grapple with rising fuel costs as petrol and diesel prices scale new heights. This is also the segment seeing a significant rise in electric with electric vehicles accounting for 8.8 percent in FY22 as against 3.1 in FY21. It is no wonder that many companies are targeting this segment which spans the key transport links for both passenger and cargo use.

At the end of the day, it is running and maintenance costs that are making potential customers chose a CNG vehicle. As the availability of CNG increases with companies like MGL planning to enhance its footprint, the option of CNG will be available to more customers. The CNG cargo segment also saw an increase in market share to 30.3 percent in FY22 as against 8.6 percent in FY21. 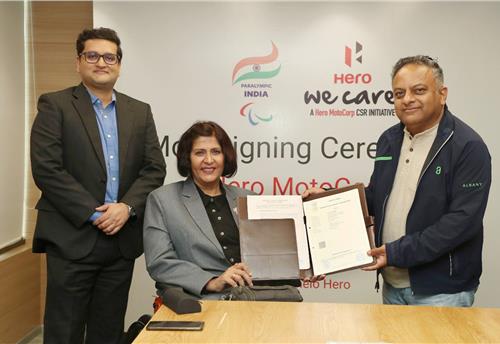