The ministry of heavy industries is reviewing test programmes that will use accident data inputs to optimise vehicle and passenger safety. 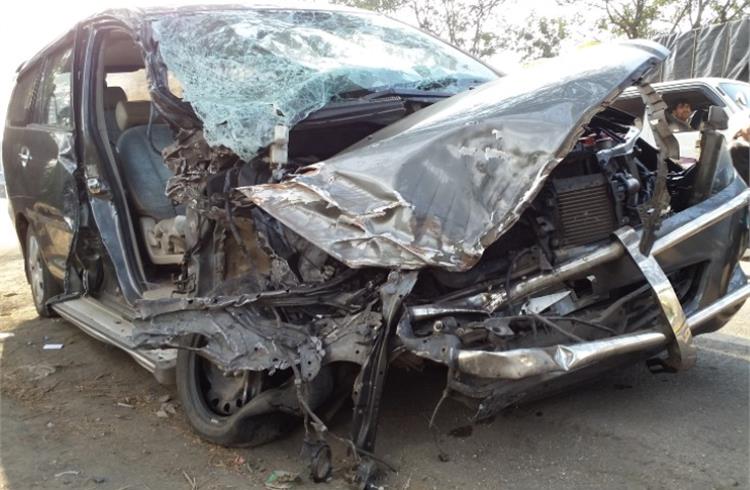 Bharat NCAP, an India-centric new car safety assessment programme under review by the Central government is expected to be notified anytime soon. Abhay Mannikar, advisor, Automotive Research Association of India (ARAI), an autonomous body associated with the union Ministry of Heavy Industries said, "Documents for Bharat NCAP are ready and the time is right for the introduction of Bharat NCAP soon.” He did not specify any timeline.

Mannikar made these remarks at a two-day conclave on vehicle safety organised by Autocar Professional. He said that test programmes currently being reviewed at the highest levels are likely to use accident data inputs for optimising the vehicle and passenger safety. He also said the standards of testing in India now match with global standards including those for alternative fuel vehicles such as CNG, even as safety aspects are further likely to get redefined with the greater adoption of electric vehicle in the market.

The notification of the Bharat NCAP assumes significance considering that India, a signatory to the Stockholm Declaration, is looking to reduce the number of road accidents and deaths by 50 percent by the end-2030. India has one of the world’s worst accident records. Data from the National Crime Records Bureau (NCRB) suggests that over 1.2 lakh people died due to road-related accidents in 2020.

The panelists unanimously noted that with made-in-India cars substantially improving their safety quotient at Global NCAP tests, it’s time India to have its own New Car Assessment Program on the lines of many other countries.  Despite its unenviable road safety record, a big positive in recent years has been the growing awareness among consumers for safer vehicles, particularly passenger cars.

In January 2014, the global safety watchdog released the results of its very first crash tests conducted on five made-in-India and made-for-India cars. The findings made headlines nationwide and brought the topic of automotive safety to the fore. The results were a wake-up call for all stakeholders. But since then, there has been some progress. The government that had long dragged its feet on safety, introduced, among other initiatives, far superior crash test requirements. Many OEMs have since incorporated safety features such as airbags well before they have been mandated by law as buyers simply wanted safer cars. And the results are there to be seen as an increasing number of India-made cars are attaining better safety ratings with each passing year.

It is to be noted that there is a difference in speed of the front offset test conducted by Global NCAP and Indian regulatory authorities. As per the Indian government’s safety norms (applicable to all new models from October 2017, and to all models on sale from October 2019), to be eligible for sale, the car must meet front offset and side impact crash requirements. The Indian government’s front offset test is conducted at 56 kph which, though lower than the Global NCAP’s front offset crash test speed, is in line with the United Nations’ Regulation 94 for front-impact protection.  By extension, it is possible for a car to meet latest Indian regulations and, hence be eligible for sale, and yet be rated poorly by Global NCAP.

Summarising the dichotomy of popularity of certain brands of cars in India despite their poor safety ratings,  PK Verma of Henkel wondered what can be said about certain cars which are very popular though come with zero safety ratings". He emphasised the fact that customers also have responsibilities when it comes to vehicle and road safety and therefore should look out for a vehicle's safety ratings instead of making their purchase decisions based purely on brand or vehicle colours, amongst others. He added that was to need to “ focus on localising capability and development of the concept in the overall process for better vehicle safety”.

Kumaresh of Bosch Global Software Technologies, the introduction of Bharat NCAP can help in terms of enhancing the structural integrity of vehicles to meet the testing standards. Offering insights into some of the road accident related research by his team,  Kumaresh highlighted the fact that nearly   28 percent of pedestrian accidents in India happen while the person happens to be standing in the middle of the road. Also,  22 percent of accidents happen due to driver fatigue. " We need products to align to these unique challenges in India," Kumaresh added while emphasising the need for localisation in adopting the crash testing norms instead of “copy-pasting” it from foreign countries.

Why the need for Bharat NCAP?
NCAP, which stands for New Car Assessment Program, first started in the US in the late 1970s to provide crashworthiness details to car buyers. Since then, it has expanded manifold in the form of Euro NCAP, ASEAN NCAP, Korean NCAP and Japan NCAP, amongst others. Each NCAP has its own crash-testing protocols and their results cannot be interchanged. Earlier this decade, Global NCAP, a UK- based charity organisation was set up with an aim to promote cooperation amongst all the NCAPs apart from promoting vehicle crash testing in developing countries such as India. Though amendments brought into the Indian car safety regulations have made vehicle manufacturers, suppliers, testing agencies, there's far more responsibility for safety related issues than before. However, these protocols still remain narrowly focused on new cars. This is despite the fact that two-wheelers remain the highest used vehicles for mobility, with over 20 million units bought every year.