Premium electric scooter sees growing demand from Pune and Bangalore; Bajaj Auto to re-open bookings as well as enter new cities in the next quarter. 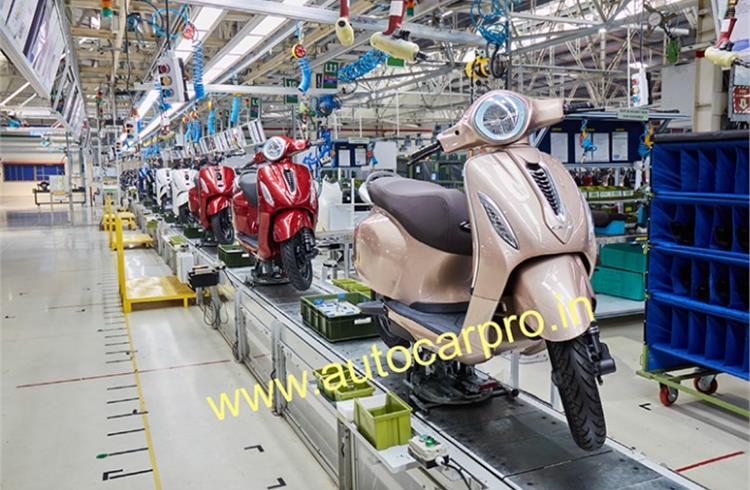 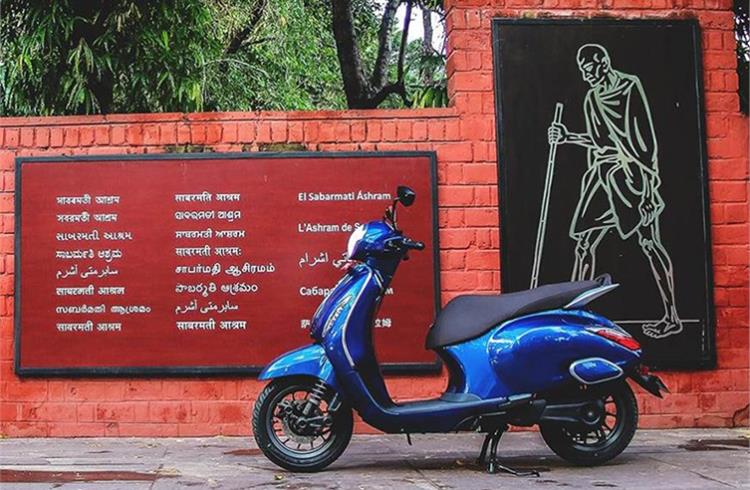 Chetak sales are currently confined to only two cities: Pune and Bangalore. It is understood Bajaj is targeting to open sales in 20-30 cities to reach out to more buyers in India. 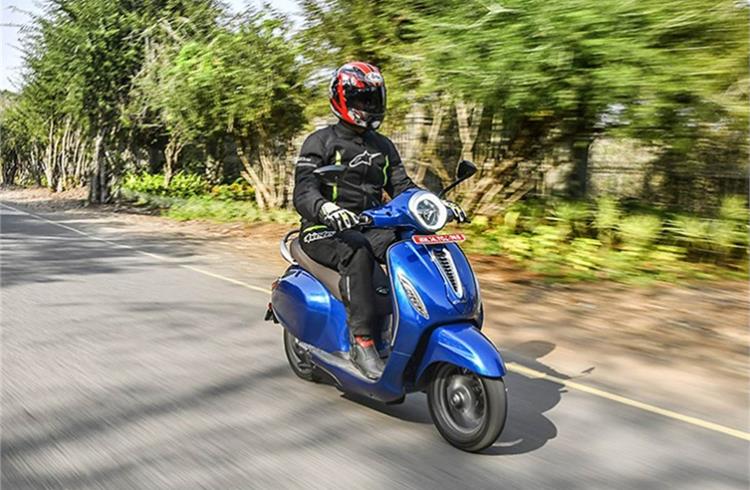 Bajaj Auto says the Chetak is capable of a real-world range of 85km in Sport Mode and 95km in Eco Mode. 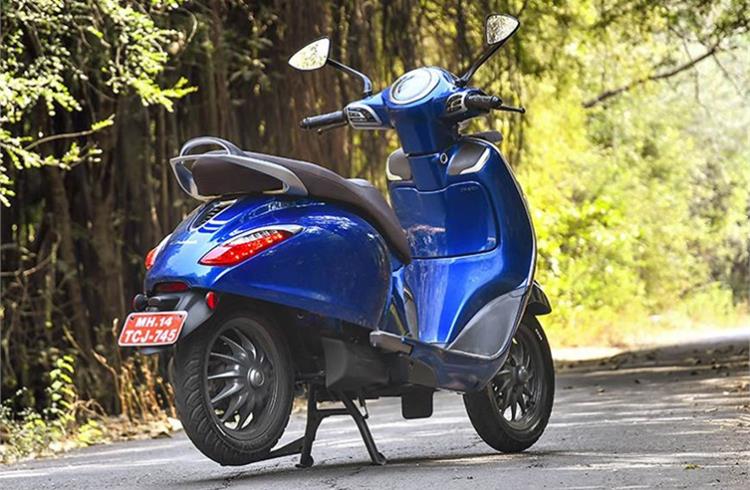 The new Chetak is powered by a 3.8kW/4.1kW (continuous/peak power) electric motor, which sends power to the rear wheel via a unique automated transmission. 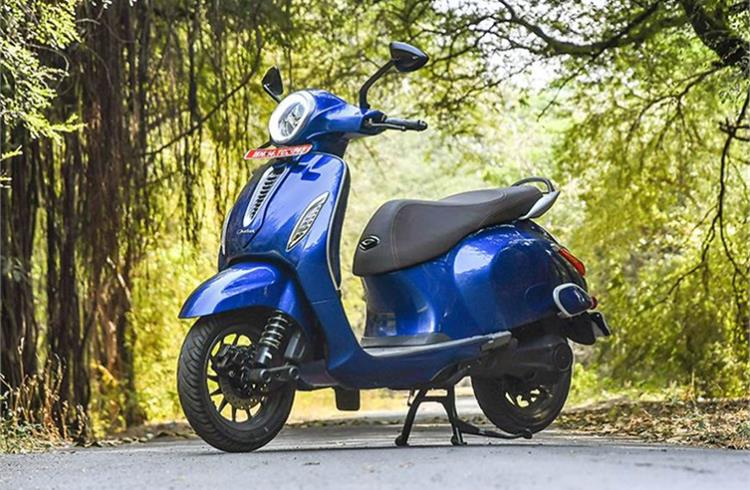 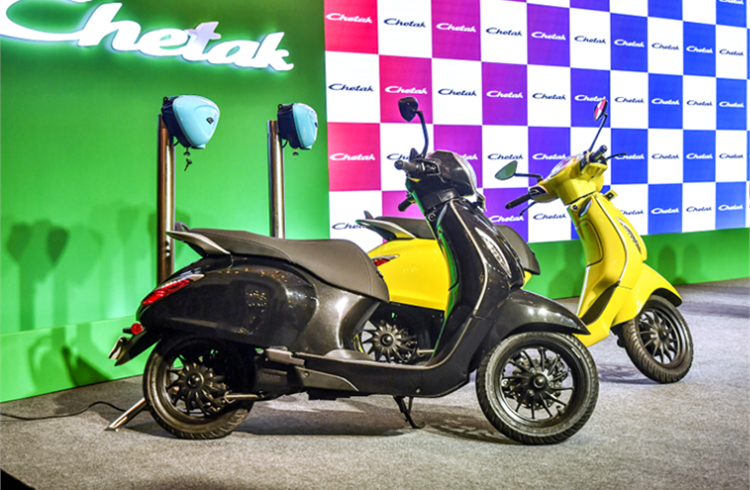 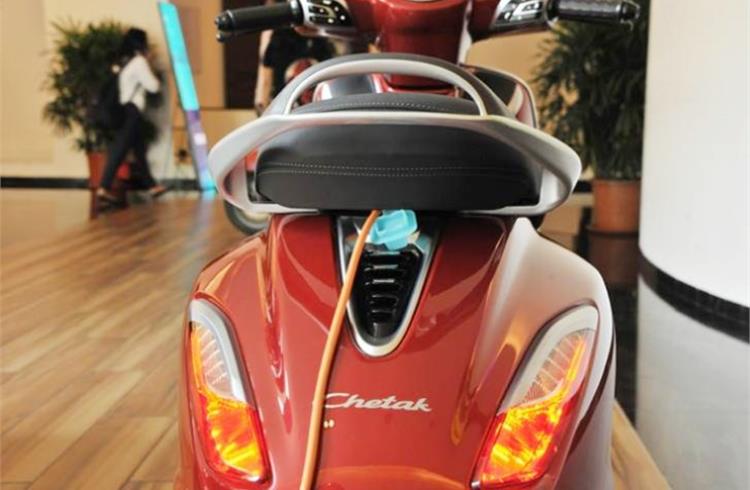 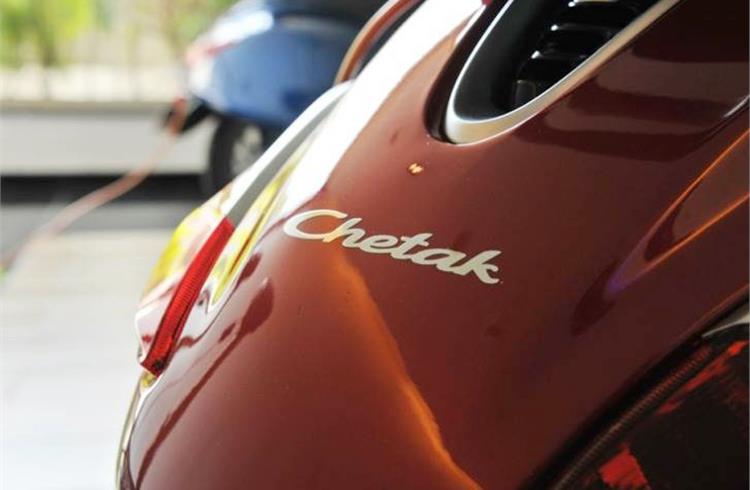 Bajaj Auto’s premium electric scooter – the Chetak – launched on January 14, 2020, has sold a total of 1,395 units in FY2021. This means nearly four Chetaks were sold every day, a promising start to the Pune-based company’s electric journey.

However, the Chetak's sales are currently confined to only two cities: Pune and Bangalore and a nation-wide rollout is still some time away. It is understood that the company is targeting to open sales in 20-30 cities to reach  out to more buyers in India.

Between January 2020 and end-March 2021, a total of 1,607 Chetaks have been sold in India. The same period saw a total of 2,112 units produced. The eco-friendly scooter was initially sold through KTM dealerships – 13 in Bangalore and four in Pune.

The new Chetak is powered by a 3.8kW/4.1kW (continuous/peak power) electric motor, which sends power to the rear wheel via a unique automated transmission. The ‘Intuitive Kick Down’ mode supplies an additional surge of power when required. This motor derives power from a lithium-ion battery pack that claims to deliver a real-world range of 95km in Eco Mode and 85km in Sport mode.

Bajaj Auto has equipped the Chetak e-scooter with features like ‘feather-touch’ switchgear, full-LED lighting and digital console. In addition, the company has used high-quality materials on the mirror stalks, side stand and pillion foot pegs, further underlining its premium positioning. The Chetak will also come with one year of data subscription for free that will allow users to access the scooter’s charge status, location and remaining range via the mobile phone application.

Gudi Padwa sees robust bookings
Meanwhile, Bajaj Auto says it has “received an overwhelming response” to the re-opening of bookings for the Chetak in Bangalore and Pune. Bookings were opened for a 48-hour window starting on the Maharashtrian New Year Gudi Padwa – April 13 – through to April 14 on a first-come-first-served basis. Bajaj Auto, however, has not specified the number of confirmed bookings it has received. The company says it will review the supply situation and announce the next round of booking opportunity.

Commenting on the customer response, Rakesh Sharma, executive director at Bajaj Auto, said: “We are absolutely delighted to see the fabulous response to the re-opening of bookings for the Chetak electric scooter in Pune and Bengaluru. Covid-led disruptions last year resulted in an unintended and long waiting period but despite that we have seen very few cancellations of bookings. We thank our customers in Pune and Bengaluru for their patience and now this overwhelming response. We are conscious that customers would like to receive early deliveries of Chetak. Hence, we have had to take the difficult decision of closing the bookings in view of continuing supply chain uncertainties. However, it is our endeavour to resolve the supply chain issues at the earliest, re-open bookings as well as roll into more cities within the next quarter.”