Bajaj Auto gears up to launch Qute quadricycle, will spawn electric version too

With quadricycle being recognised as a vehicle category in India, Bajaj Auto will looking to launch its Qute speedily in the domestic market. Available in petrol, CNG and LPG, it will also get an electric variant in the future. 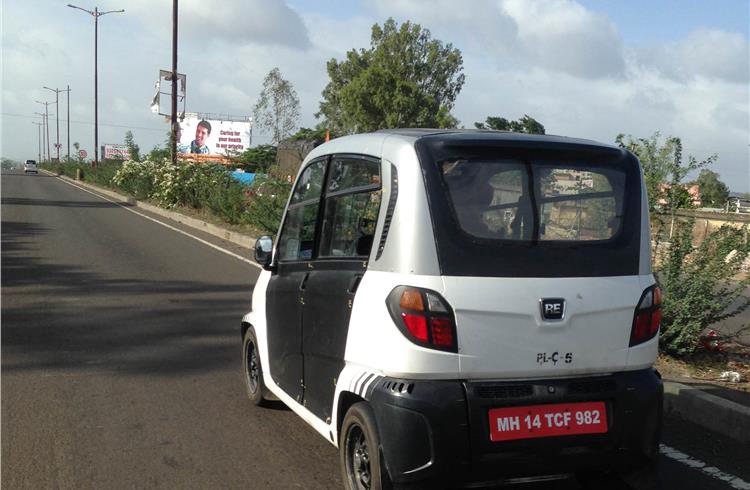 For Pune-based Bajaj Auto, FY2019 has begun on a very strong note and things could get better, what with the stalled-in-the-domestic-market Qute quadricycle getting a green signal from the Ministry of Road Transport and Highways (MoRTH). The domestic major reported record revenues of Rs 26,911 crore in FY2017-18, a growth of 11 percent on the back of its robust two-wheeler exports and strong three-wheeler sales in the domestic market.

The recent approval for the quadricycle vehicle category by MoRTH brings plenty of reason to cheer to Bajaj Auto. The company, which had first showcased the quadricycle, then christened ‘RE60’ and now called Qute, at the 2012 Auto Expo in New Delhi. A few months after the unveiling, the company had applied to MoRTH for the creation of a new quadricycle category and was game to roll it out in the domestic market, was unable to launch it in India on the back of a legal dispute regarding the new vehicle category.

Undeterred, Bajaj Auto went ahead and began exporting the quadricycle. Since FY2016 till end-April 2018, it has shipped a total of 3,671 Qutes overseas.

On June 5, 2018, the government’s green light to the new category means the company is now in the lead to get the first-mover advantage to start selling the Qute in the domestic market.

MoRTH has issued a notification on the standards for quadricycles, like weight, emission and safety worthiness. A vehicle will be classified as a quadricycle if its kerb weight is under 475kg, it passes the new safety and crash tests that have been mandated, and clears emission tests that have been created for various powertrains including petrol, diesel, CNG, LPG, hybrid and even electric. The safety standards are said to be even more stringent than the European standards for quadricycles.

In a response to Autocar Professional, Rakesh Sharma, president – International Business, Bajaj Auto, says, “We are delighted that MoRTH has officially approved the quadricycle category. It paves the way now for the introduction of this innovative vehicle to the Indian roads. We will launch it in the intra-city, last-mile and first-mile public transport domain as soon as all the other formalities are over.”

The Bajaj Qute is a petrol-engined vehicle, equipped with a 216.6cc engine that produces 13.5hp at 5500rpm and 19.6Nm torque at 4000rpm, mated to a 5-speed manual gearbox that enables a top speed of 70kph (limited). It is estimated the vehicle will cost around Rs 150,000 when launched in India.

As per Sharma, initially, the Qute will come with three powertrain options of petrol, CNG and LPG. That’s not all. “In due course, we will also present an electric option,” adds Sharma.

Ready for rollout soon
Sharma reveals that the company is now looking to getting ARAI approval for the Qute, followed by clearances from the RTOs (Regional Transport Offices) at State level. The aim for the company is to “hit the markets at the earliest, and prioritise sales in states where the approval comes earlier.”

To meet domestic demand, he clarifies that the company has a modern plant which can well respond to both the domestic and international market requirements.  The company has already submitted BS IV- compliant vehicles to ARAI for homologation, for which now it is awaiting approval.

Will it cannibalise 3-wheeler sales?
Sharma states that intra-city first-mile and last-mile transport demand is burgeoning in India due to rapid urbanisation, albeit from the supply side it is difficult to keep pace. That leads to a proliferation of different types of vehicles many of which are sub-optimal solutions.

“The Qute is a modern, comfortable, safe and cost-effective solution. We think that primarily it will grow by organising the informal market. The Qute has the potential of motivating new drivers and owners to enter business (become self-employed) than perhaps other vehicles in this segment. To some extent, there could be some substitution effect but will be smaller than the expansion effect,” explains Sharma. 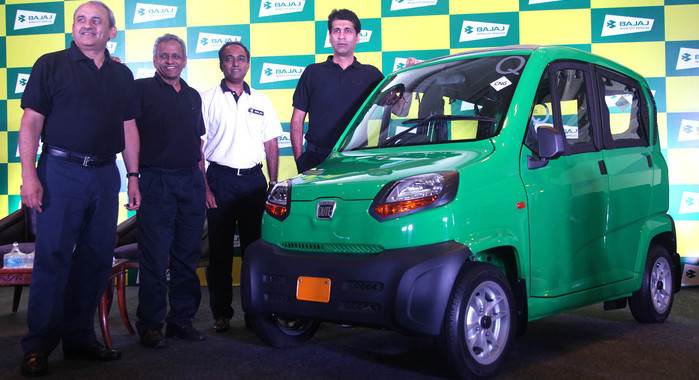