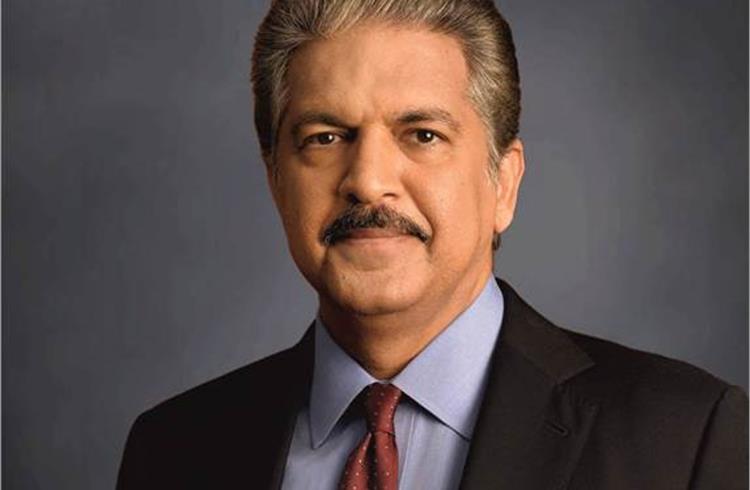 Auto Inc has come out in favour of the government’s Agnipath scheme announced last week even as protests show no sign of abating. Train services across the country have borne the brunt with several hundreds of them being cancelled  in the wake of the country-wide “bandh” called by the protestors.

In a tweet, Anand Mahindra Group, said  “Saddened by the violence around the #Agneepath program. When the scheme was mooted last year I stated -& I repeat-the discipline & skills Agniveers gain will make them eminently employable. The Mahindra Group welcomes the opportunity to recruit such trained, capable young people (SIC),” Anand Mahindra, Chairman Mahindra Group tweeted.

Mahindra said that the agniveers will benefit from their leadership training, teamwork and physical training, and be useful resources for Corporate India to have a highly disciplined workforce as part of their human resource talent pool.

Another voice of support has come from the Tata Group. “Agnipath is not just a great opportunity for the youth to serve the nation's defence forces but it will also make available a very disciplined and trained youth for the industry, including the Tata Group,” said chairman N  Chandrasekaran.  "We at the Tata group recognise the potential of the Agniveers and welcome the opportunity this represents," he added.

Vikram Kirloskar,  Vice-Chairman: Toyota Kirloskar Motor also lent his support to the Government stating that Agnipath scheme is a very  encouraging scheme “and there is lot of potential for employment of agniveers in India’s Corporate Sector, after their four years duty in the three Services.”

Several head honchos have tried to pacify the anti-agniveer protestors urging them to give up the violence and not worry about the short-term nature of their nature of employment as Indian industry is ready to welcome them with open arms on completion of their stints in the forces.

FICCI president and CMD, Hindustan Unilever, Sanjiv Mehta said the Agnipath programme is in national interest where everyone and the Agniveer will benefit even after exiting it. “We will have a young armed force, and when the Agniveer completes their course and joins civil society, companies like HUL, will be happy to recruit them as they will be youthful, skillful and disciplined and passionate team force that any corporate would like to have in its organisational workforce.”

Uday Narang of  Omega Seiki Mobility (OSM) which has inaugurated a facility at Chakan in Pune is also one of the first from the EV industry to support hiring of such Agniveers. “We at OSM have the highest regard for the Indian Armed forces. As a representative of the EV Industry we commit to hiring a significant ex-servicemen including Agniveers on the basis their skill sets across all our plants including our vendors and supply chain partners. As I hear from the government many of the Agniveers will be trained electricians, drivers, technicians and we need them in large numbers for our future factories and dealerships we plan to open across India.”

J D Patil, whole-time director, L&T's Defence Business & New Age Smart Technology businesses also added that corporate India needs leadership, commitment and discipline as the basic thumb rule for a fruitful contribution to the organisation and individual growth. "We at L&T would be happy to hire them as part of our growing organisational talent requirements. In time , industry will be in queue much like the on campus recruitment for B Schools for such Agniveers," he stated.

The Government on its part has announced it will be reserving 10 percent of vacancies in Central Armed Police Forces (CAPFs) and Assam Rifles for Agniveers including to the Indian Coast Guard, defence civilian posts and 16 defence PSUs.

Meanwhile, the ministries of civil aviation and shipping too announced job avenues for Agniveers post their career in the Indian armed forces. The social media handle of the Civil Aviation ministry tweeted that it is "looking forward to inducting the highly skilled, disciplined and motivated Agniveers into its various services and give them wings to fly."

The Ministry of Ports, Shipping and Waterways (MOSPW), on the other hand, has proposed six service opportunities for agniveers from the Navy to transition into the Merchant Navy. It said, "The MoPSW and Indian Navy will work closely in the regard of devising schemes to help the Agniveers for the smooth transition in the shipping sector. "

In order to enhance the future career prospects of Agniveers and to equip them for various job roles in the civilian sector, the Ministry of Education has decided to launch a special, three-year skill based bachelor degree programme for serving defence personnel that will recognise the skill training received by them during their tenure in the defence establishments.

Despite several assurances from the Centre, including giving preference to agniveers in paramilitary forces and government positions, the widespread protests have continued. The Centre has ruled out any plan to roll back the scheme.