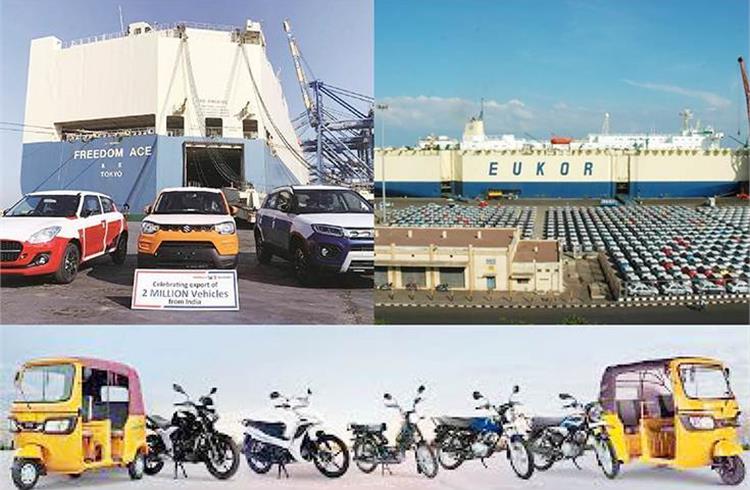 Passenger vehicle exports increased by 44 percent in February 2022 with a total of 51,213 vehicles exported compared to 35,345 units in the year-earlier month.

According to SIAM, two-wheeler exports increased 3 percent. A total of 375,689 units were exported in February 2022 as against 364,646 units in the year-earlier month. Bajaj Auto and TVS Motor Company were major contributors for the month with 182,814 units and 94,427 units respectively for the month.

Total three-wheeler exports saw a 13 percent drop at 35,997 vehicles in February 2022. In the year-earlier month, exports stood at 41,176 units. Bajaj Auto was the leading exporter in the segment with 19,537 units exported in February 2022.