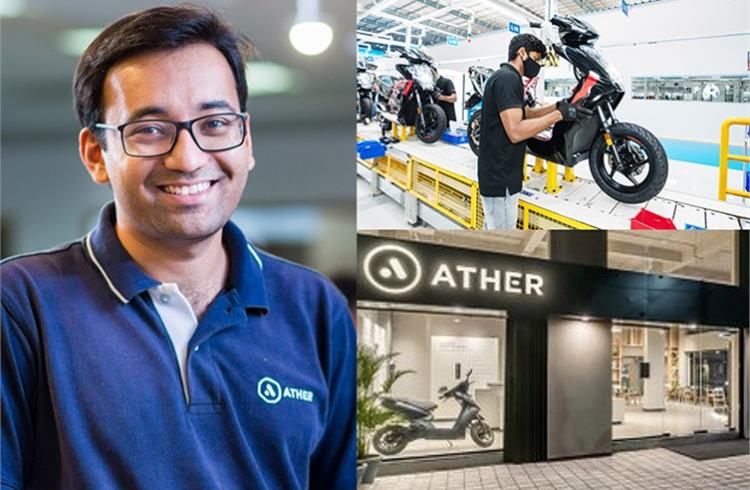 Tarun Mehta: "With the new subsidy support, I believe as much as 40 percent of the Indian scooter market can go electric over the next five years.” 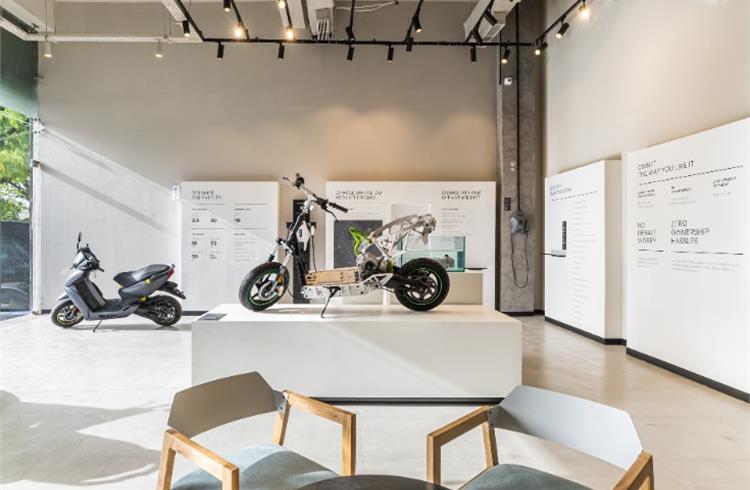 Ather Energy has outlined plans to scale up its retail network to almost 30 additional cities by end-2021, and is eventually 100 cities for showroom activity. 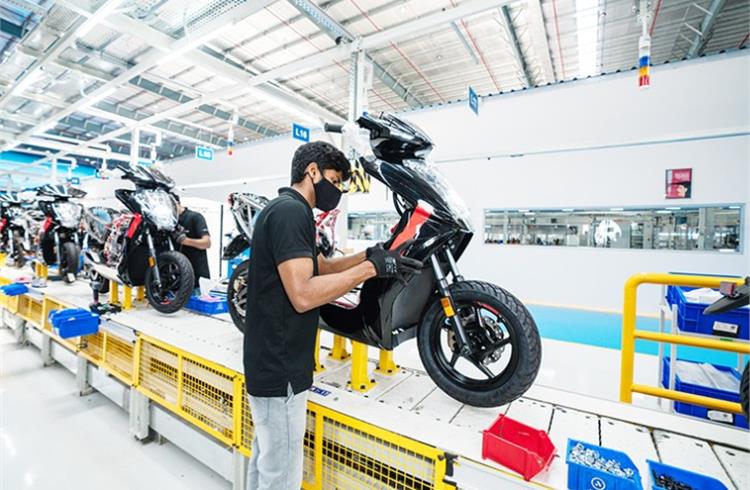 Ather Energy is on an accelerated growth drive. The Bangalore-based electric scooter start-up has expanded its retail footprint into 13 cities in a span of just six months.

What started off with Mumbai in January expanded to Pune and Ahmedabad in February 2021. Since then, the EV maker has speedily taken its flagship experience centre – Ather Space – across to cities like Kochi, Hyderabad and more recently the national capital. It has revised its previous business model of company-owned showrooms and is now tying up with dealer partners.

The past couple of months have seen plenty of EV industry-friendly announcements and investments and there is a perceptible growth in demand for electric scooters across the country. To ensure it is future-ready, Ather Energy has outlined plans to scale up to almost 30 more cities by end-2021, and is eventually targeting up to 100 cities for showroom activity.

The Ather Energy management is convinced that demand for EVs is on the rise and that customers "have bought into the idea of electric mobility".

"There is a ton of demand for EVs from all over the country," says Tarun Mehta, co-founder and CEO, Ather Energy, in an interview with Autocar Professional. Mehta is bullish on the recent subsidy support in the form of revisions in the FAME II incentive scheme, which have made the Ather 450 and 450X models cheaper by almost Rs 14,500, ex-showroom.

Also, states like Gujarat, which have announced their EV policies with lucrative incentives to the early adopters of the zero-emission technology, will play their critical role in driving encouragement towards EVs as well.

"With the new subsidy support, I believe as much as 40 percent of the Indian scooter market can go electric over the next five years. The only constraints, however, would be the number of products available to the customers and the production capacity," says Mehta.

Given that nearly 4.5 million petrol-engined scooters were sold in FY2021, Ather Energy’s co-founder believes that there is potential for 1.8 million or 18 lakh electric scooters to be sold in FY2025.

Supply chain challenges
At the moment, Ather Energy is witnessing key challenges in the form of scaling up production and supply chain to keep in tune with the demand. In fact, this was just what experts concurred on at the recent Autocar Professional-IHS Markit web conference on ‘Supply Chain Dynamics Of Electrified Powertrain Components’.

In February this year, Ather’s new manufacturing plant, which has a production capacity of 110,000 e-scooters and 120,000 battery packs per annum, went on stream. 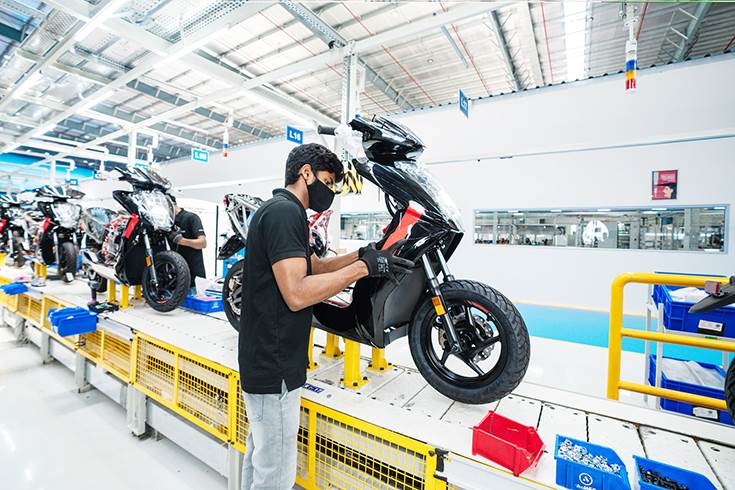 "The problem is not going to be on account of demand, the only constraint would be in our ability as an industry to scale up," says Ravneet Phokela, chief business officer, Ather Energy.

"If the supply side gets sorted out, I don't think there's anything that can stop electric two-wheelers from capturing up to 50 percent of the market or even higher," he adds.

One of the factors driving adoption of electric two-wheelers – the ‘low-hanging-fruit’ of e-mobility in India – is the wallet-busting price of petrol, which has crossed Rs 100 in most metro cities and nearing that mark in other regions. With an Ather e-two-wheeler promising one-sixth the running cost of a petrol scooter, and good number of new players entering the field soon, it can be surmised that FY2021 will set a new benchmark for two-wheeler sales.