First batch of 75 buses of 32-seater capacity were recently delivered to the Sri Lankan Transport Board. 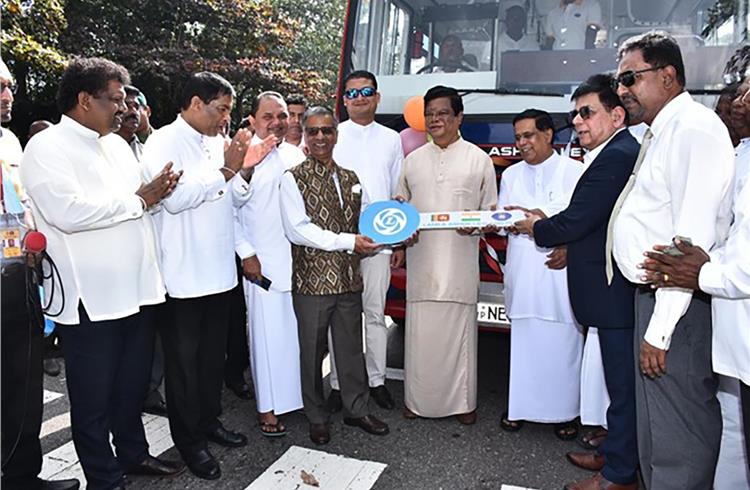 Ashok Leyland has bagged a supply order for 500 buses to the Sri Lankan Transport Board (SLTB). As part of the order, commercial vehicle manufacturer recently delivered 75 buses. The order is a part of a Line of Credit extended by Export Import Bank of India, under the Economic Assistance Scheme of Indian Government.

The first batch of buses in the project was handed over by Gopal Baglay, Indian High Commissioner, Sri Lanka to Bandula Gunawardana, Minister of Transport & Highways Affairs, in Colombo on January 5, 2023. The event was attended by other senior dignitaries including Cabinet ministers, Members of Parliament and Umesh Gautam, CEO, Lanka Ashok Leyland.