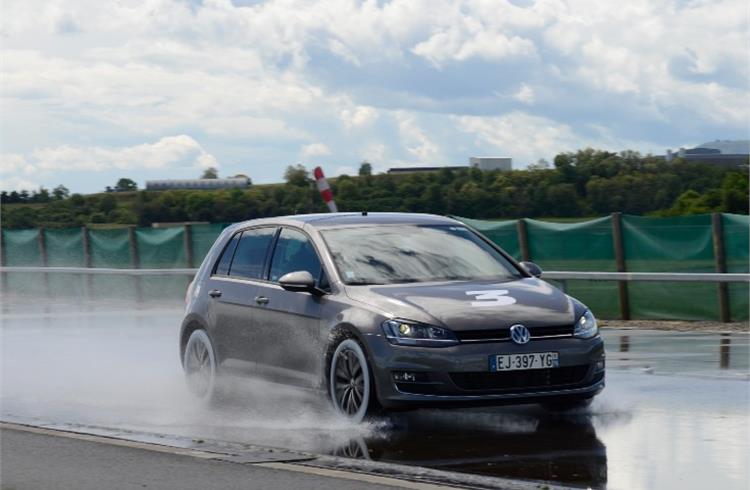 Pushing the industry to adopt and implement new government mandates is easy on paper but not so easy to action if sufficient time is not factored in. India’s tyre manufacturing community is not happy with the latest government-mandated directives.

While the government claims that it wants to revisit technical requirements of rolling resistance, wet grip and rolling sound emissions in tyres for cars, trucks and buses with the view of bringing it on par with European standards, it’s a huge challenge for the tyre industry to meet the short deadline.

The government wants the tyre industry to comply and ensure they are effected into practice beginning October 1, 2022. It’s this timeframe that is worrying the industry as they feel that it’s too short for them to comply with due to technical reasons.

All major tyre manufacturers, domestic and foreign brands are in agreement with the fact that there’s a lack of tyre testing facilities in the country that is important for the development of such tyres, besides the extremely tight deadline for action.

Documents accessed by Autocar Professional sourced through Right to Information (RTI) suggest that the Ministry of Road Transport and Highways (MoRTH) had on May 17, 2021, proposed the amendment in tyre safety norms.

The proposed plan was to be applicable to all new tyre designs that would be introduced in the Indian market, beginning October 1, 2021. The exercise would factor in existing tyre designs across the three vehicle segments, by October 1, 2022. At the time, industry stakeholders were given a month's time to raise objections or comments, if they had any.

Despite the recommendations by tyre manufacturers, the government actually went ahead and pushed the mandate by issuing a notification on 28 June 2022. It amended rule 95 of the Central Motor Vehicles Rules 1989 with the mandate for new designs coming from October 1, 2022.

However, existing designs with regard to rolling resistance/wet grip and rolling sound are now mandated to come in force from June 1, 2023, and April 1, 2023 respectively.

Once enforced, it will eventually be included in the Bureau of Indian Standards (BIS) ratings. Interestingly, the new changes are also linked to the government’s plans to implement a ‘Star Rating’ system for tyres in the country, in line with the ‘Tyre Labelling’ regulations (UNECE R 117) that are practised in Europe. 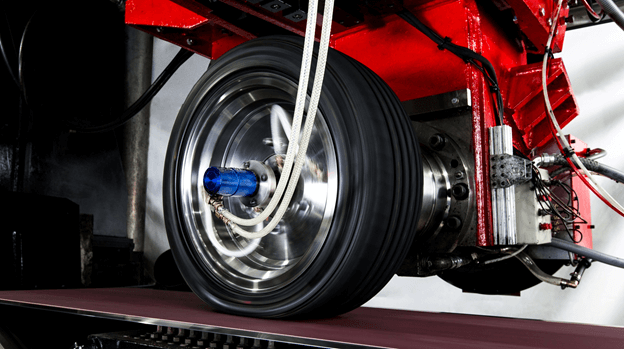 From the vehicle safety aspect perspective, it is well-known that rolling resistance of tyres impacts the fuel efficiency. Wet grip performance on other hand influences its braking performance under wet conditions. Further, the rolling sound emission relates to the sound emitted from the contact between tyres in motion and the road surface.

The government has maintained that adequate testing capabilities are available at the Ministry of Heavy Industries initiated Chennai-based test agency Global Automotive Research Centre (GARC). This setup, according to the government, has played a significant role in tyre labelling and certification tests in India. This infrastructure is in addition to the NABL-accredited Manesar-based International Centre for Automotive Technology (iCAT) – which performs tyre accreditation, type approval and homologation functions.

However, tyre manufacturers point out to the limitations of these test centres that disrupts their work and delivery schedules. According to the industry, services of only functional laboratories are available and only a handful can carry out the mandated AIS 142 tests in the country.

The tyre manufacturers have suggested a revised timeline for meeting the mandates. By doing so, it will enable the domestic tyre industry to test a large number of stock keeping units ( SKUs) numbering  274, 127, 196 for C1, C2, C3 respectively for new designs and prepare the tyres to suit Indian road and weather conditions.

More time needed
Foreign tyre brands under the Japan Automobile Tyre Manufacturers Association (JATMA) umbrella like Bridgestone Corporation, Sumitomo Rubber Industries, Yokohama Rubber Co and Toyo Tire Corporation have pointed out that the hurried manner in which the new norms are getting implemented is in complete contrast to its home country Japan.

A similar programme in Japan also started from stage 2 for rolling resistance and noise requirements. The government allowed 30 to 126 months, depending on the category, from the publication date of the regulations and the date of its implementation for passenger cars, light trucks, trucks, and buses in various categories (C1, C2 and C3) respectively.

In JATMA’s document to the government, it clearly stated that it was "extremely difficult" to develop new tyres to comply with stage-2 requirements within the short period of less than four months.

Automotive Tyre Manufacturers' Association (ATMA) highlighted that a review of the testing limits would be necessary based on actual test data for the tyres manufactured in India as per the country's conditions.

ATMA pointed out that the existing test agencies may not be able to conduct the track tests during extreme seasons of the year. It wants extension of the implementation date of October 2022 for new design and Oct 2023, for existing designs due to the limits of Stage 1. For the implementation of rolling sound in Phase 2, it wants a two-year extension of timeline for October 2024 for new tyres and October 2025 for existing tyres.

Similarly, apprehensive of the technical difficulties involved in implementation, European Tyre and Rim Technical Organization (ETRTO), a lobby body for tyre manufacturers from Europe with brands like Alliance Tire, Continental Barum, Eurotire, Goodyear, Michelin, Pirelli, Bridgestone and others as its members shared its views on the testing procedures.

ETRTO says that the defined tests and methods in India are identical to the one existing in UN regulation 117, the existing test results by the UN should be accepted as equivalent to get approval of tyres.

This article was first published in autocarpro.in