The new Scorpio’s diesel version will come in 23 variants, while the petrol will be offered in 13 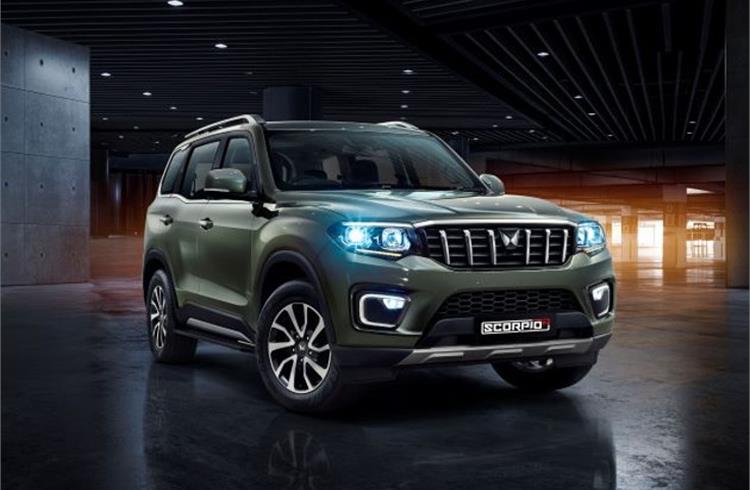 Anand Mahindra, Chairman of Mahindra Group has shared his excitement on twitter for the new "Scorpio N" launch today sharing a clip from the 1961 Shammi Kapoor Movie Junglee song "Mujhe junglee Kahe...." and stating that it is time to raise the bar to the power of N.

This excitement is not unfounded as the new Scorpio N to be manufactured from the Chakan plant will take on the Tata duo of the Harrier and Safari, and Hyundai’s Creta and Alcazar. According to some experts, the new offering’s aggressive pricing and "Big Daddy" communication is expected to draw customers even from the premium segment such as Fortuner, Jeep Meridian and the Gloster

The outgoing version of the SUV will be retained, but will be sold as the ‘Scorpio Classic’. It will further get some minor cosmetic upgrades, including tweaked bumpers, a new grille, dual-tone alloys, and possibly, some new colours. The Classic will be available only in two variants: base S3+ and top-end S11. The Thar and Scorpio N’s 130PS 2.2-litre diesel engine will be available here.

The Scorpio N will be offered with 6-speed manual and automatic transmissions for its 2.2-litre and 2-litre turbo-petrol engines respectively. While the base-spec variants will get the 132PS diesel engine, the top-end will get the 175PS engine with an optional 4WD. The 4-wheel drive is expected to be launched only with the diesel option while the automatic options will be available for all variants except the base variant and carry the ‘4XPLOR’ suffix.

This Big Daddy  will be offered with two-wheel sizes – 17-inch with 1849mm height and 18-inch with 1857mm height. The top trims will have three drive modes for the diesel variants: Zip, Zap and Zoom. The Scorpio-N will meet the six airbag norms besides a 360-degree camera, hill hold/descent control, ESC with only the top-spec Z8 trim getting captain seats. The price of the vehicle will be announced this evening