Orxa Energies claims that the Mantis, which comes with six swappable batteries, has a range of 200km per charge. 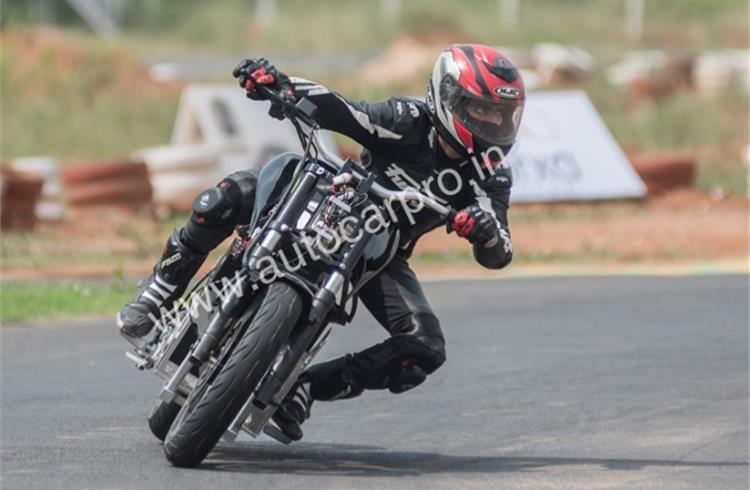 The Mantis is claimed to have a top speed of 140kph and a travel range of nearly 200km on a single charge, delivered by six swappable batteries. 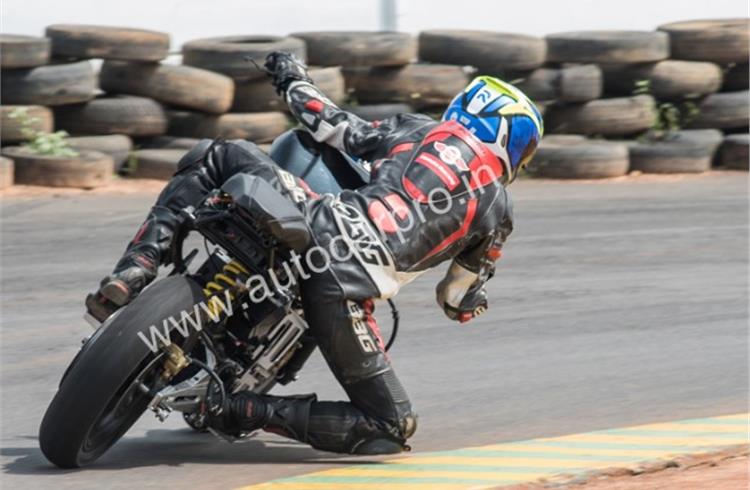 Orxa Energies says the Mantis delivers topnotch seat-of-the-pants performance and is designed to bring back the pleasure of riding. 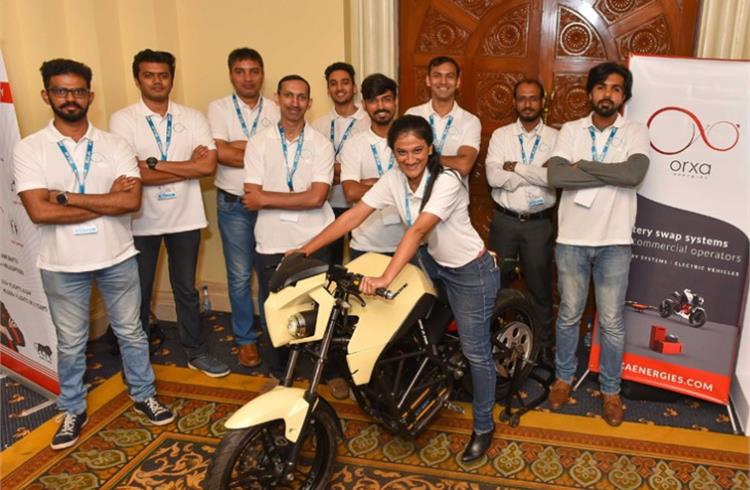 Orxa Energies' founders Ranjita Ravi (on the Mantis), Prajwal Sabnis and Amrudesh Santhanam along with the team that developed the Mantis electric motorcycle.

If the past week was dominated by news of electric two-wheeler maker Ather Energy announcing plans for a new plant in Hosur, Tamil Nadu or the TVS Motor-backed Ultraviolette showcasing its ace of pace, the F77, then brace yourself for another electric motorcycle.

Bangalore-based start-up Orxa Energies is all set to reveal the Mantis at the sixth edition of India Bike Week, which opens in Goa on December 6 and is considered to be one of the biggest motorcycling events in India.

Founded by Ranjita Ravi, Prajwal Sabnis and Amrudesh Santhanam in 2015 with an aim to build an electric sports bike, the start-up is a part of the Airbus BizLab acceleration program for entrepreneurs. The founders are confident about their first electric motorcycle offering christened 'Mantis' with battery swapping technology.

While the complete specifications of the racy-looking Mantis has not yet been revealed, the company claims that the e-motorcyle has a top speed of 140kph and a range of 200km per charge. It comes with six swappable batteries, with a complete charge achieved in 4 hours or less.

This electric street bike is equipped with a “fully digital sophisticated dashboard and an app for ride analytics, diagnostics and preventive maintenance”. Orxa Energies says it may also launch an electric reverse-trike called 'Mantis Trike' and plans to set up its own set of battery swapping stations in the future to address charging issues.

Speaking to Autocar Professional, Ranjita says, "Just like its namesake, the Mantis is a stealthy, ambush predator. Designed as an early performance and naked sports motorcycle, it has a top speed of over 140kph and a range of around 200km per charge. The USP of the Mantis is that it is a 'no-compromise' bike and offers a seamless shift from ICE to EVs. The rider does not have to worry about performance or charge."

The company says it has developed an in-house lithium-ion battery pack, which it is supplying to a few companies in the country. Orxa Energies’ products are already being used in the aerospace and automotive industries, among others. The battery packs are 'off the shelf', swap-ready and modular.

Made-in-India for the world
To keep the costs in check, Ranjita says Orxa will continue to focus on “Made-In-India products. The entire vehicle, from the wheels to the handlebars, are designed, developed and assembled by us. We work with manufacturers from Bangalore and other automotive hubs in India for critical sub-assemblies. We are already manufacturing and selling our battery packs which are completely designed and assembled in our facility in Bangalore. We currently only import cells for the packs.”

Outlining the company’s future supply chain, Ranjita adds: “For manufacturing, we are working with some of the best automotive component suppliers in India as we build, establish, and grow our engagement with suppliers, vendors and partners of all sizes."

In 2019, India has seen a rise of number of new electric two-wheeler makers like the Delhi-based Revolt, TVS Motor Co-backed Ultraviolette Automotive, Ather Energy or the rebirth of the Bajaj Chetak in an electric avatar. But Ranjita believes the potential for Orxa is quite huge, "The Mantis is targeted at a more performance-oriented segment, so it will not take the FAME II subsidy. We will look at this for later models." She indicated that the pricing will be at par with bikes with the similar top performance ICE motorcycles available in India.

The tentative pricing for Mantis is expected to be revealed at the IBW and, just like many start-ups, the bike is expected to be first launched in the country's electric vehicle hub, Bangalore. Stay tuned for more updates.