Three facts of the newly inaugurated Bogibeel bridge in Assam that interests the automotive industry. 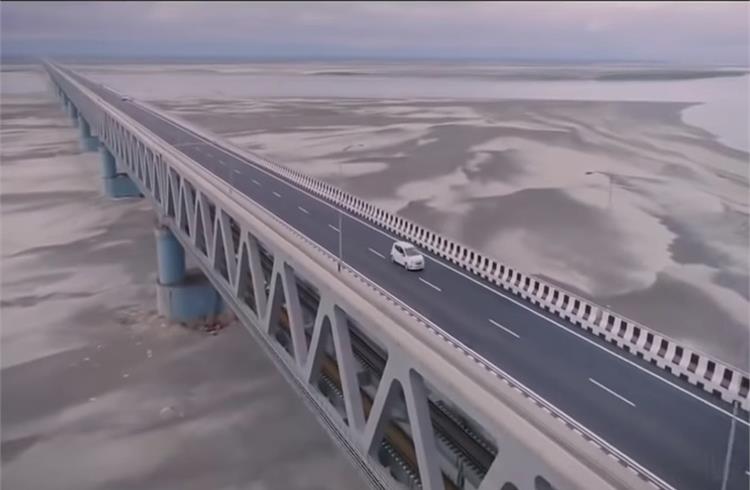 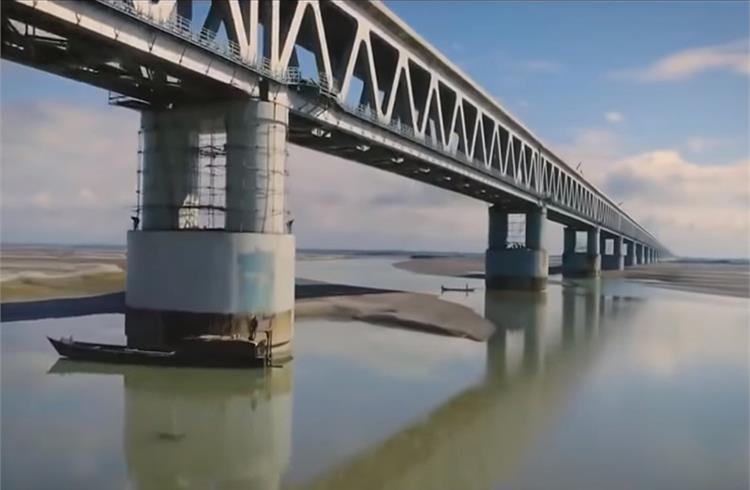 The bridge is built over the Brahmaputra river in Assam 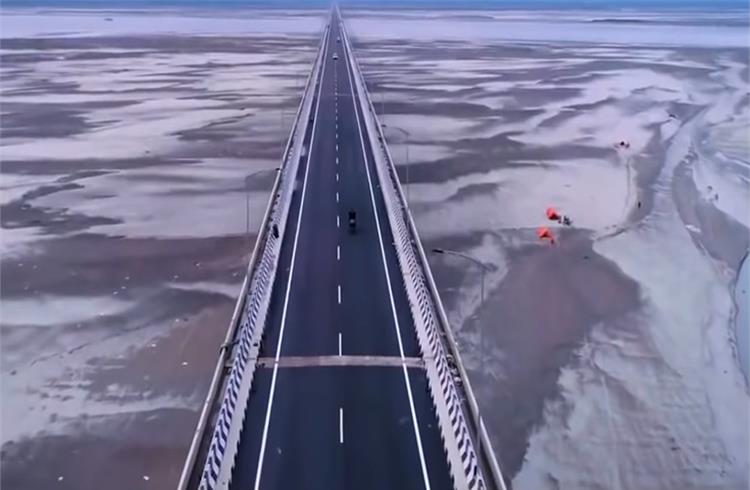 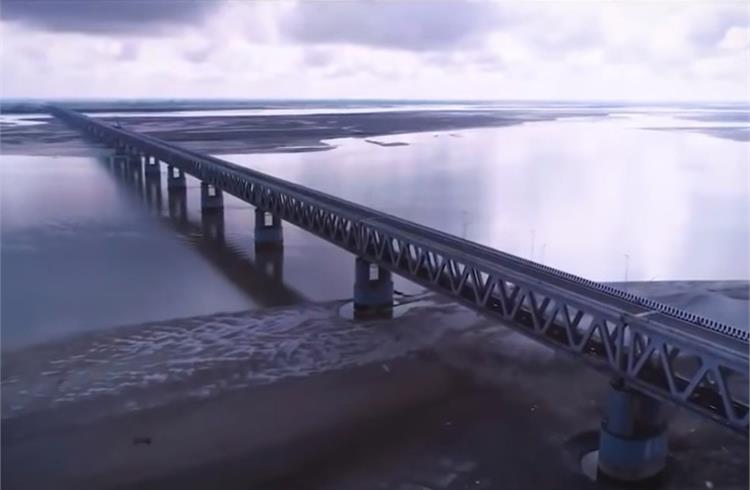 The 4.94 km bridge dethrones Digha-Sonpur bridge (4.5 km) in Bihar across the river Ganga 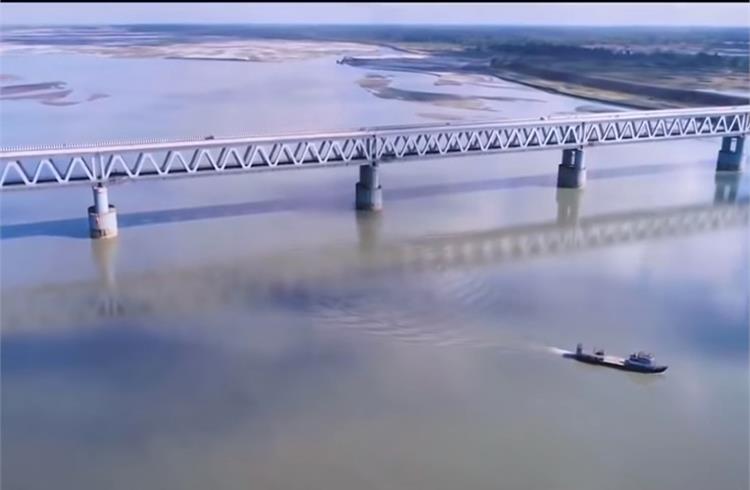 This is the fourth longest bridge in India after the Bandra-Worli Sea link (5.6 km) 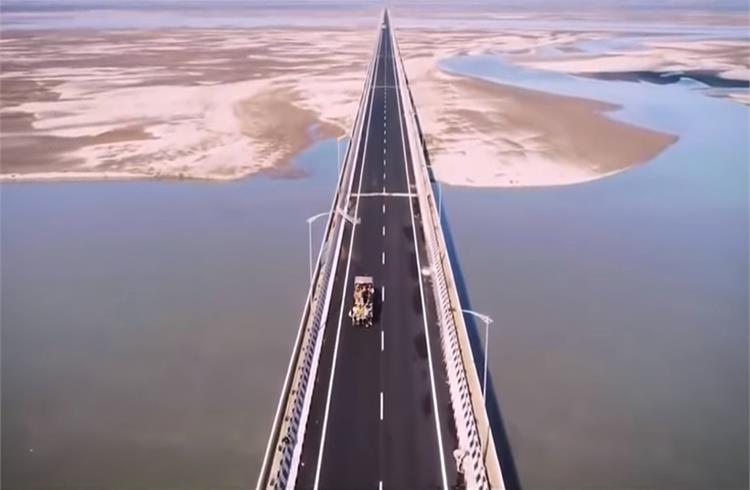 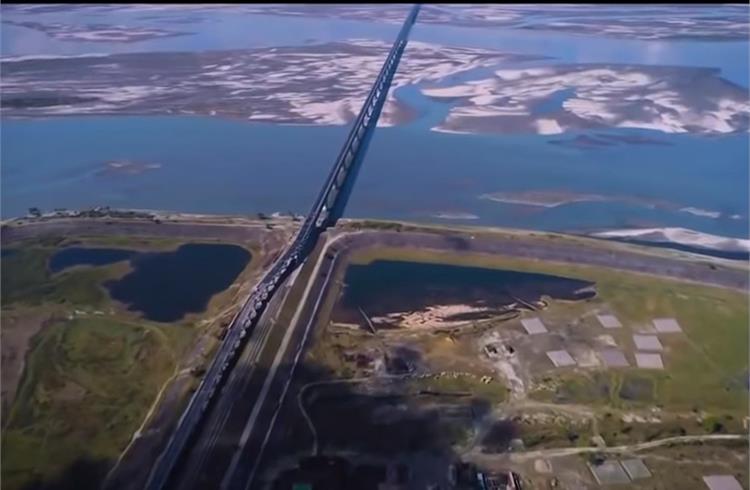 SAIL claims that this bridge has an operation period of 120 years. 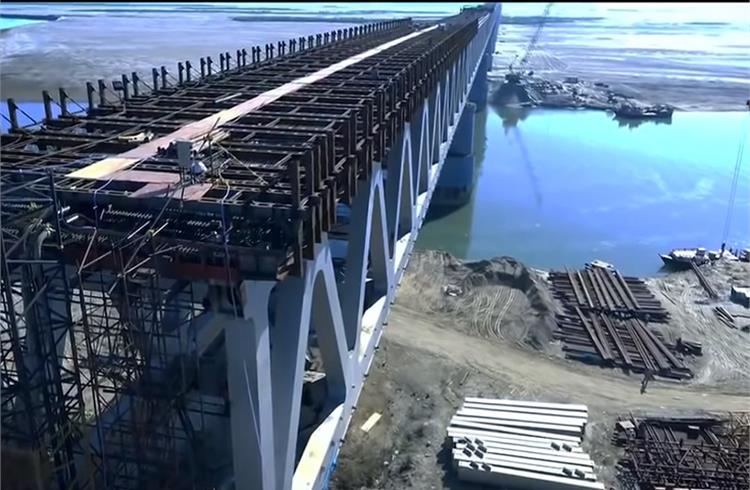 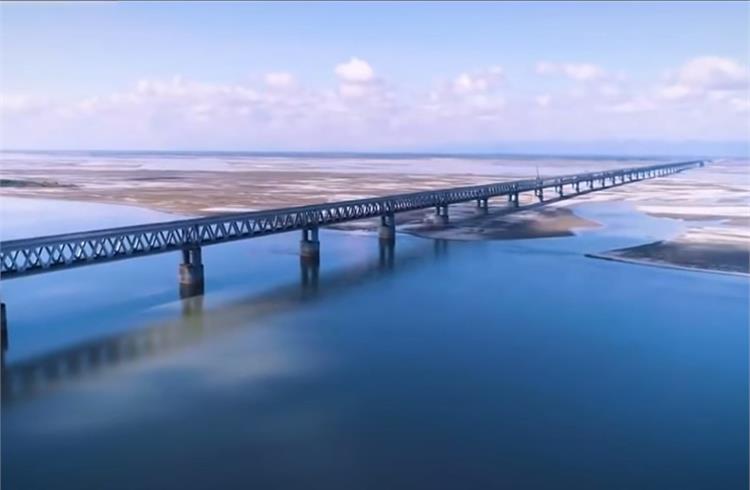 It is estimated to save around Rs 10 lakh in fuel, everyday. 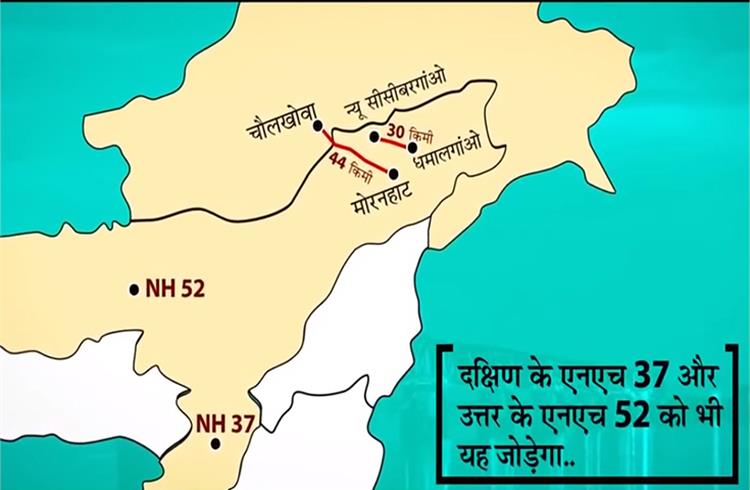 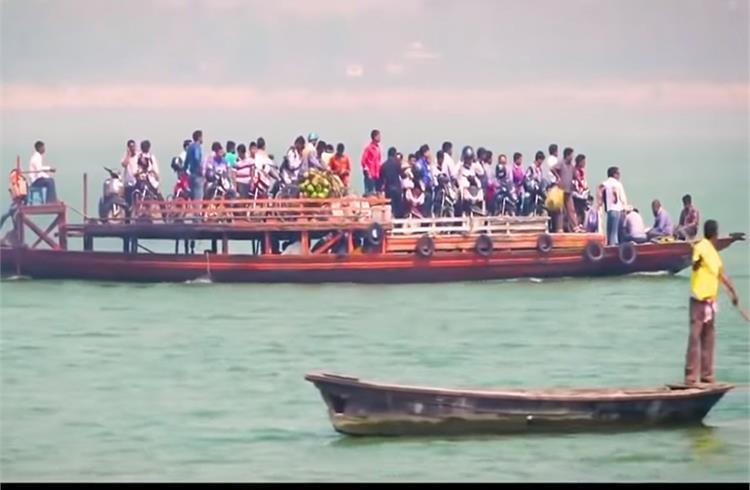 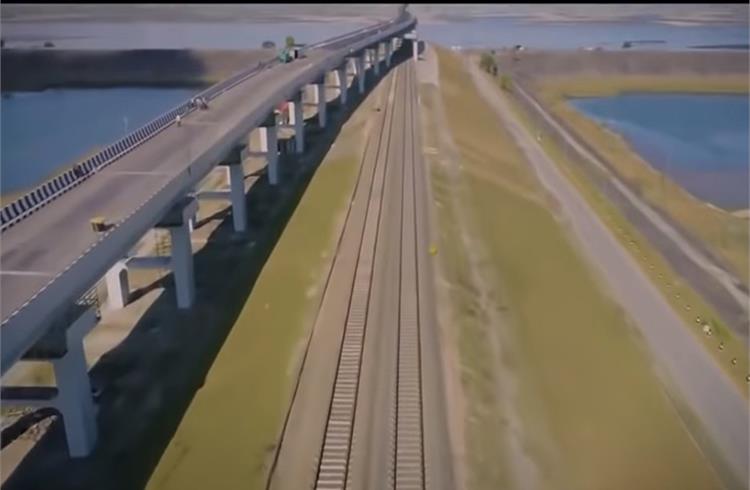 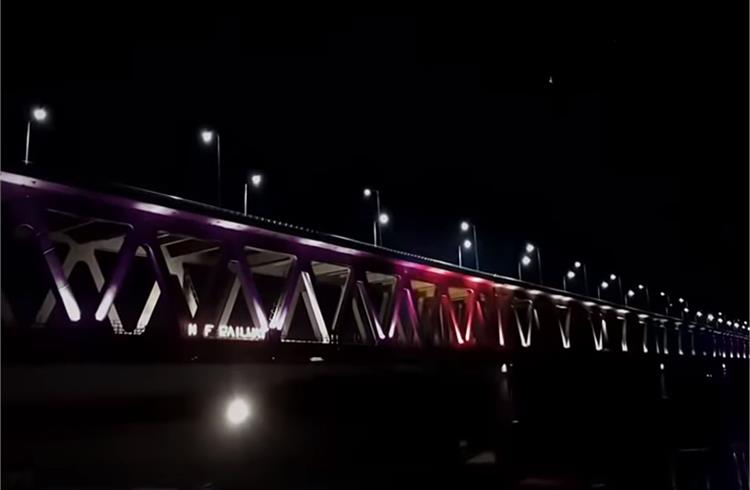 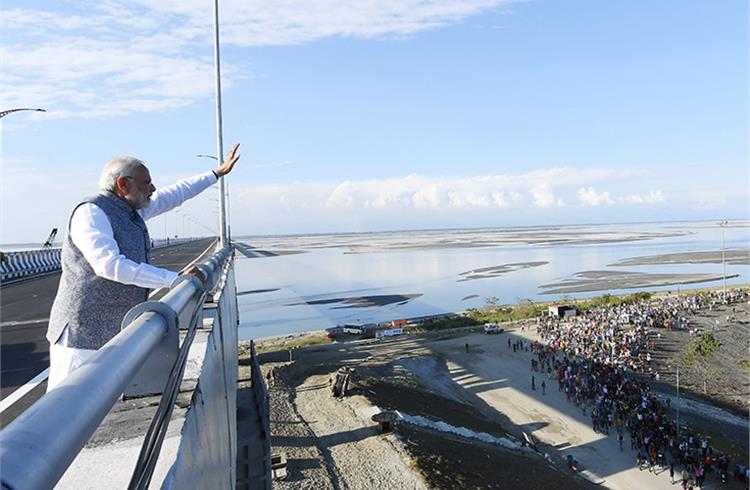 India opened its longest rail-road bridge on 25 December, 2018. The latest Bogibeel bridge dethrones Digha-Sonpur bridge (4.5 km) in Bihar across the river Ganga. The 4.94km long bridge runs across Brahmaputra river connecting Assam’s Dibrugarh city to Silapathar in Dhemaji near Arunachal Pradesh. The bridge will be part of the upcoming Trans-Arunachal highway that is being built to improve the logistics along the Indo-Sino border in Arunachal Pradesh. It is touted as Asia’s second longest rail-cum-road bridge.

Apart from improving connectivities with a number of districts in Arunachal Pradesh, the bridge will also serve as an important link for the defence movement along the Indo-China border. This is the fourth longest bridge in India after Bhupen Hazarika Setu (9.15 km), Mahatma Gandhi Setu (5.7 km) and the Bandra-Worli Sea link (5.6 km). 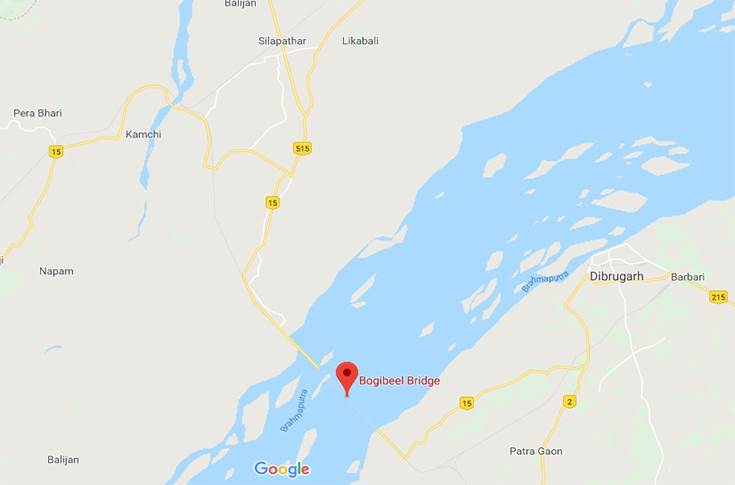 The bridge was inaugurated by Prime Minister Narendra Modi in the presence of Assam Governor Jagdish Mukhi and Chief Minister Sarbananda Sonowal.

1. Estimated to have cost Rs 5,900 crore
With the project inaugurated in 1997, the actual construction work only started in 2002. The builders of the bridge, Hindustan Construction company (HCC) (also built the Bandra-Worli Sea link in Mumbai), reported that unnecessary delays had escalated the project cost from Rs 3,230 crore to Rs 5,900 crore.

2. SAIL provided 35,400 metric tonnes of steel
To put this number in perspective, India’s longest bridge, Dhola-Sadiya bridge (9.15) or the ‘Bhupen Hazarika Setu’ which started operations in 2017 is reportedly having around 33,000 metric tonnes of steel. This is largely due to fact that the latest 4.94 km Bogibeel bridge consists of two railway lines on the lower deck and a three-lane road on the top deck. SAIL (Steel Authority of India) is one of the biggest steel suppliers for most of the vital projects in India. Indian Railways has revealed that for the first time the girder for the railway tracks has a steel floor system, while the road is built of concrete. SAIL claims that this bridge has an operation period of 120 years.

3. Saves 10 hours and Rs 10 lakh in fuel, everyday
The train that will run across the bridge five days a week will have its travel time from Tinsukia in Assam to Naharlagun of Andhra Pradesh cut by 10 hours. The inauguration ceremony also saw the flag off of the Tinsukia-Naharlagun Intercity Express. The bridge is said to be reducing the road distance to Northeast region by more than 165 km. It allows a road traveler to enter Arunachal Pradesh through Silapathar in Assam in about 4 hours by avoiding the vulnerable ferry over Brahmaputra. The strategic placement of the bridge across the Brahmaputra river is estimated to save around Rs 10 lakh in fuel, everyday.