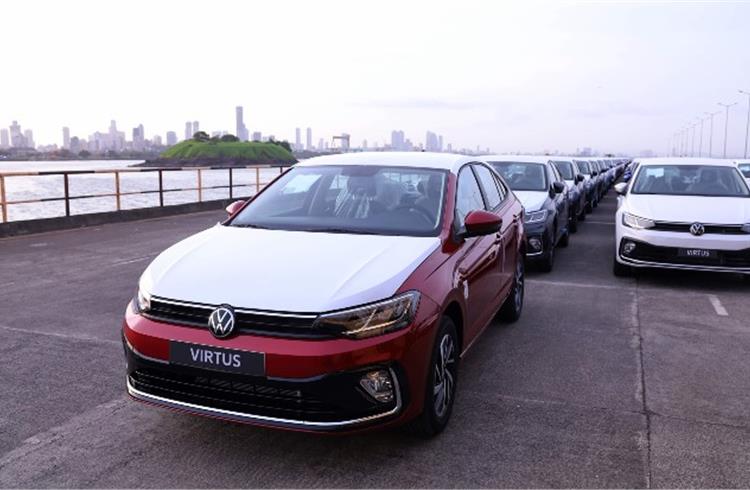 With this move, the Group marks another significant milestone in its INDIA 2.0 journey as the Volkswagen Virtus joins the Taigun, which was the first in a range of vehicles built on the MQB-A0-IN platform, to be exported from India. The first shipment of 3000 Volkswagen Virtus cars is being sent to Mexico. (pictured). Mexico is the company’s largest market.

Piyush Arora, Managing Director of Škoda Auto Volkswagen India said, “We are marching aggressively on our path to growth, and the ramp-up of our exports is another significant stride in this direction. With this move, we are closer to realising our aim of making India an export hub for the VW Group globally, which is a significant pillar of our India strategy.”

SAVWIPL launched its export programme in 2011 with 6,256 units of the Vento for the South African market. Since then, the company’s export market has continued to grow incrementally, broadening the Group’s export footprint to include to 44 countries across South America, Central America, Africa, the Indian Subcontinent, Southeast Asia, the GCC countries, and the Caribbean region. By June 2022, the Group had exported over 550,000 cars, with Mexico at No 1 followed by South Africa and Central American countries (Columbia, Ecuador, Argentina), and ASEAN countries. The company said the export programme enables SAVWIPL to sustainably manage production volumes, with a balanced production share between domestic and export markets.